States With the Most Irresponsible Drivers – 2022 Edition 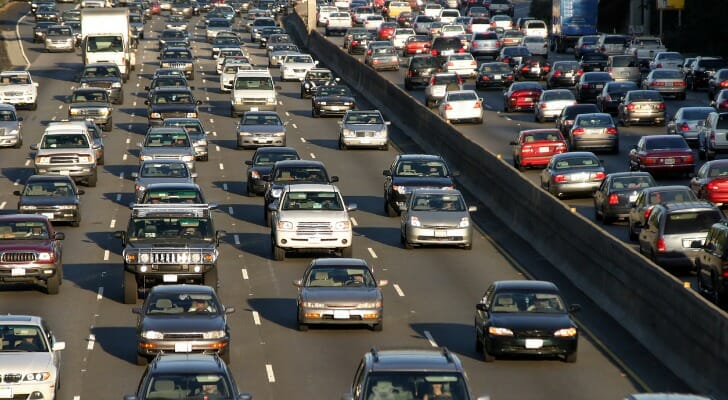 Traffic fatalities are rising on American roadways, once again highlighting the importance of safe driving. According to the National Highway Traffic Safety Administration, traffic deaths spiked 10.5% in 2021 when 42,915 people were killed in crashes. That uptick followed a particularly harrowing 2020, which saw 38,824 motor vehicle fatalities. It had been the deadliest year on American roads since 2007 despite fewer people driving amid the COVID-19 pandemic.

Given recent spikes in the number of traffic fatalities, SmartAsset examined data to identify and rank the states with the most irresponsible drivers in 2022. To find out which states have the most irresponsible drivers, we considered four metrics: percentage of drivers who are insured, number of driving under the influence (DUI) arrests per 1,000 drivers, number of fatalities per 100 million vehicle miles driven and how often residents Google terms like “traffic ticket” or “speeding ticket.” For details on our data sources and how we put all the information together to create our final rankings, read the Data and Methodology section below.

This is SmartAsset’s sixth annual study uncovering the states with the most irresponsible drivers. See the 2021 version here.

In Mississippi, 29.4% of drivers do not have auto insurance, which ranks as the nation's highest uninsured rate. The state also suffers 1.90 fatalities per 100 million vehicle miles driven, the second-highest fatality rate across our study. Meanwhile, Mississippi also has the fourth-most Google searches for the terms “speeding ticket” or “traffic ticket” relative to searches for “gasoline.”

Tennessee has the third-highest percentage of drivers without insurance (23.7%) and the ninth-most Google searches related to speeding and traffic tickets when compared to searches for gasoline. The state records 1.59 fatalities every 100 million vehicle miles driven, which ranks 11th-most across our study. It also has the 16th-most DUI arrests (3.70 per 1,000 drivers).

The Golden State has the eighth-most Google searches for speeding and traffic tickets relative to searches for gasoline, while it also has the ninth-highest percentage of drivers who are uninsured (16.6%). Meanwhile, there are 3.55 DUI arrests recorded per 1,000 drivers in California, which ranks 19th-most overall.

As mentioned above, South Carolina has the highest fatality rate across our study (1.97 per 100 million vehicle miles driven). However, residents also the terms “speeding ticket” and “traffic ticket” almost four times as often as they search for “gasoline.”

In Arkansas, there are 1.88 fatalities for every 100 million vehicle miles driven, third-most across our study. The state also has the eighth-highest percentage of uninsured drivers (19.3%) and 19th-most Google searches related to traffic and speeding tickets when compared to searches for gasoline.

The Show-Me State has the 11th-highest percentage of drivers without auto insurance, at 16.4%. It also has the 21st-highest vehicle fatality rate across our study (1.36 per 100 million vehicle miles driven).

Nevada has the country's highest volume of Google searches related to traffic and speeding tickets when compared to searches for gasoline, with residents searching for the first two terms five times more often. Meanwhile, the state also has the eighth-highest DUI arrest rate across our study. For every 1,000 drivers there are in Nevada, 4.63 arrests are made for driving under the influence.

In Kentucky, there are 1.68 fatalities per 100 million vehicle miles driven, sixth-most across our study. Meanwhile, the state has the 12th-most DUI arrests per 1,000 drivers (4.17) and 16th-highest percentage of uninsured drivers (13.9%).

For every 100 million vehicle miles driven in Arizona, there are 1.60 fatalities (ninth-most). Meanwhile, the state also has the 11th-most Google searches for “traffic ticket” or “speeding ticket” relative to searches for “gasoline.”

Florida is tied with Colorado as the 10th-worst driving state in the country. More than 20% of drivers in the Sunshine State do not have auto insurance, sixth highest across our study. Florida also has the ninth-most traffic deaths per 100 million vehicle miles driven (1.60).

To find the states with the worst drivers, we looked at data on all 50 states across these four metrics:

Tips to Help You Save More During an Economic Downturn