The Prevalence of Employer-Sponsored Retirement Plans in the U.S. – 2021 Study 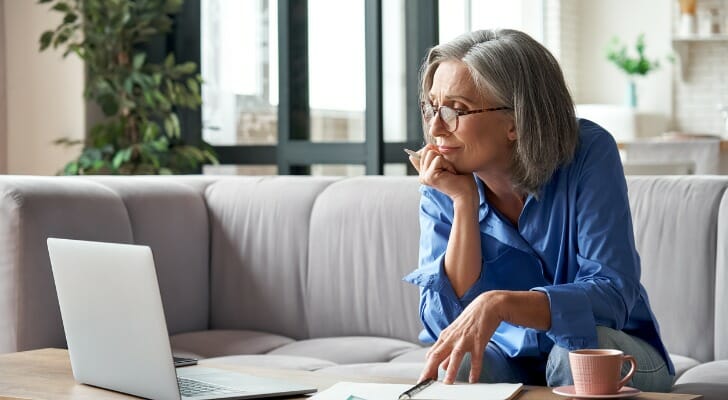 The average 401(k) balance in the U.S. hit $123,900 in the first quarter of 2021, according to a recent report by Fidelity Investments. This marks more than a 70% increase from the average 401(k) balance a decade before ($72,800). But while balances are increasing among individuals with 401(k)s, a significant number of workers in the U.S. – close to 47 million, according to our estimates using Bureau of Labor Statistics (BLS) data – do not have access to either a 401(k) or any other employer-sponsored retirement plan.

In this study, we take a closer look at employer-sponsored retirement benefits in the U.S. Specifically, we consider access, participation and take-up rates. The take-up rate is the percentage of workers with access to a plan who choose to also participate in the plan. We examine those rates over time and look at differences across types of plans (i.e. defined benefit versus defined contribution). Finally, we explore how employer-sponsored retirement benefits vary according to occupation. For details on our data sources and how we put the information together to create our findings, check out the Data and Methodology section below. 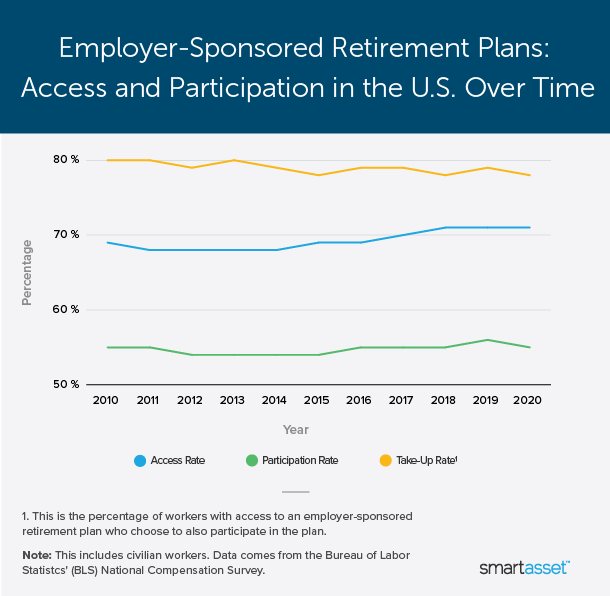 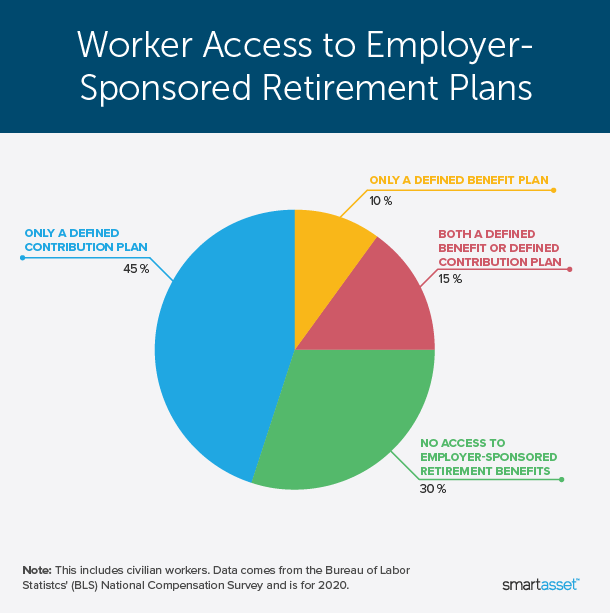 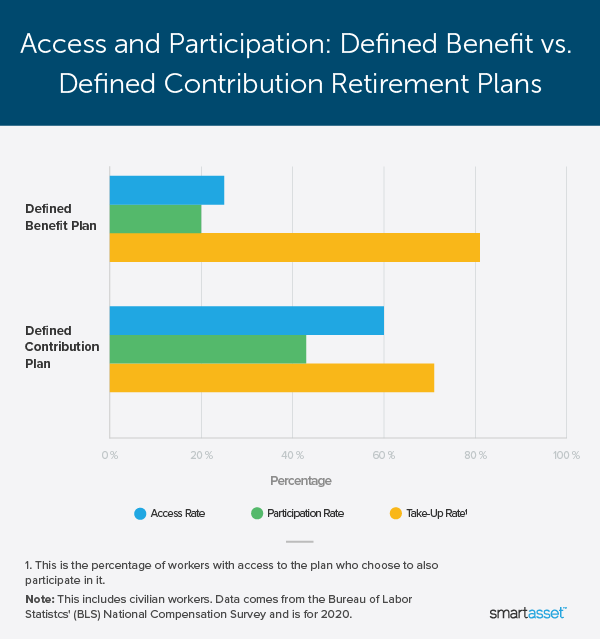 The BLS publishes access, participation and take-up rates for all employer-sponsored retirement plans according to nine defined occupational categories. Two categories – management, business and financial occupations along with professional and related occupations – had access rates higher than 80% in 2020. The retirement benefit take-up rate is also highest among workers in those two industries. About 90% of management, business and financial workers and roughly 84% of professional and related workers chose to participate in the employer-sponsored benefits they were offered.

Access rates are lowest for service workers, while take-up rates are lowest among sales workers. In 2020, less than one in two service workers had access to either a defined benefit or defined contribution plan through their employer. Meanwhile, though 70% of sales workers had employer-sponsored retirement benefits, the take-up rate was 60%. The table below shows access, participation and take-up rates across the nine defined BLS occupations in 2020. 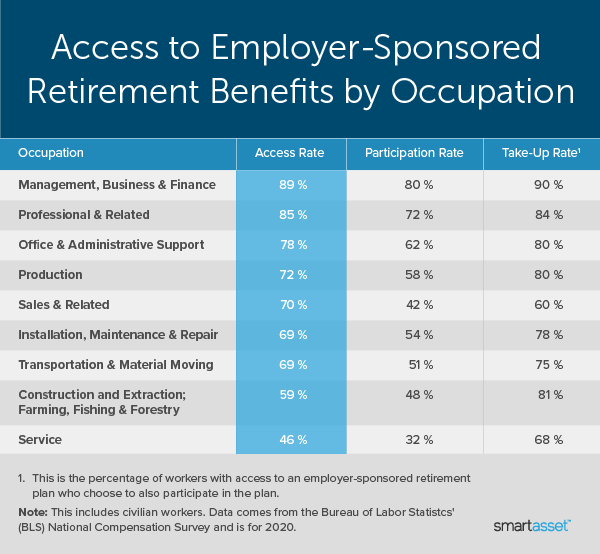 Data for this report comes from Fidelity’s quarterly analysis of retirement savings and the Bureau of Labor Statistics’ (BLS) National Compensation Survey. Fidelity’s estimates are based on an analysis of 23,500 corporate defined contribution plans. For the three sections of the report that use BLS data, we considered only civilian workers, who include private industry along with state and local government workers. Federal government, military and agriculture workers are excluded from estimates.