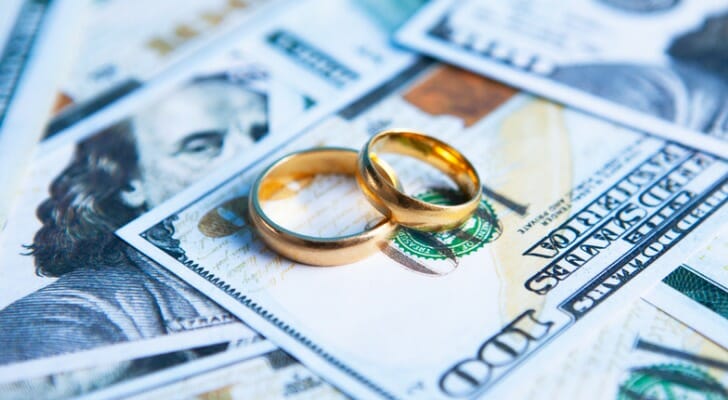 Even if your wedding was all about eternal love, companionship and mason jars wrapped in twine, don’t fool yourself: at the end of the day, your marriage is essentially a tax arrangement in the eyes of the state.

When two people become one unit, the way they pay into our society changes, as their income, investments and property starts being viewed differently by the powers that be. Whether or not your marriage works out in your favor or not financially, though, could depend on how much money each individual makes and where you live.

The federal government, along with many state governments and some local governments, has a system of progressive tax rates whereby marginal tax rates increase as a taxpayer’s income increases. Because of this system, a couple’s income can be taxed either more than or less than that of a single filer’s, causing a marriage tax penalty or bonus.

To see this in action, let’s consider a couple living in New York City where both the city and state also have a progressive tax system. The table below shows the marriage tax penalties and bonuses for couples with incomes that span the seven federal tax brackets. 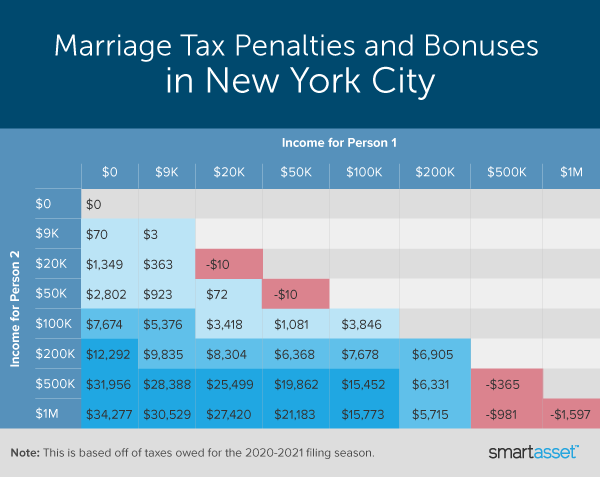 Now, though, let’s say the two get married. The total federal income tax for the two filing jointly will be $42,435, an effective tax rate of 28.29%. Thus, the federal marriage bonus for this couple is about $1,100.

While progressive tax rates often benefit individuals with greater income gaps who get married, they sometimes penalize couples who earn roughly the same. At the federal level, a marriage penalty only occurs for high earners. When taking state and local taxes into account, though, there can be a penalty for lower-income earners as well.

As a general rule, marriage provides a modest bonus in the form of lower effective tax rates, with greater bonuses when there’s a significant disparity in incomes. Still, at some higher income levels, getting married to someone with similar earning power can mean higher tax rates. Consider using our tax calculator to see the before and after of your own marriage – or, if your financial picture is more complicated, consider working with a financial advisor who can help you understand the financial implications of getting hitched.