Cities With the Most Female Six-Figure Earners – 2022 Edition 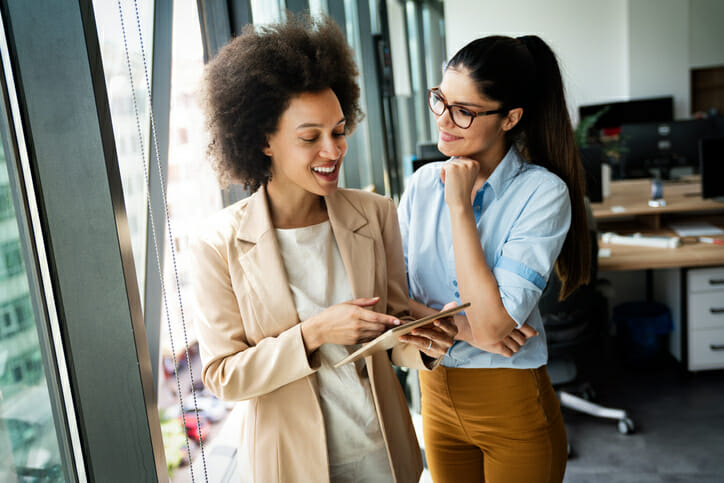 Many Americans agree that amid rising prices and economic uncertainty today, it takes a six-figure salary to get by. However, women continue to be underrepresented in higher-paying jobs. According to 2020 Census data, women make up less than 30% of six-figure earners in the U.S. And while this figure marks progress from a decade prior when only 23% of six-figure earners were women, women continue to face tighter budgets than men generally.

In large cities with higher costs of living, a six-figure salary may be even more necessary to pay for housing costs, food and other necessities, while also growing one’s savings. In this study, SmartAsset analyzed data from the 100 largest U.S. cities to identify and rank where the most female six-figure earners are located in 2022. We considered two metrics: percentage of women workers earning $100,000 or more and percentage of six-figure earners who are women. For more information on our data and how we put it together, read our Data and Methodology section below.

This is SmartAsset’s third annual study on the cities with the most female six-figure earners. Our 2021 edition can be found here.

Many female workers in San Francisco, California earn above the six-figure mark. Census Bureau data shows that almost 40% of female workers earn $100,000 or more annually. This is the highest rate in our study for that metric. San Francisco ranks eighth-highest for the other metric we considered: percentage of six-figure earners who are women (38.22%).

Arlington, Virginia ties with San Francisco, California for the No. 2 spot. Census Bureau data shows that of the roughly 52,900 full-time, female workers in the city, 38.44% of them earn $100,000 or more. In fact, median earnings for full-time working women in Arlington are highest in our study, at $81,640.

Though the median earnings for full-time working women in Chicago, Illinois are about $52,100, roughly one in six women earn $100,000 or more. Chicago ranks 11th-best on our other metric: women make up 37.51% of six-figure earners.

Of the roughly 77,800 female, full-time workers in Sacramento, California, about 10,800 (or 13.91%) earn $100,000 or more annually. This is the 27th-highest rate across all 100 cities we considered. Sacramento ranks sixth-highest for our second metric, with the sixth-best gender distribution of six-figure earners.

Portland, Oregon ranks in the top 20 cities for both metrics. It has the 15th-highest percentage of women who are six-figure earners (18.19%) and the 19th-best gender distribution of six-figure earners (with women making up roughly 36%). Median earnings for full-time working women in Portland are about $52,800.

Neighboring New York City, New Jersey’s Jersey City rounds out our top 10. Of the two metrics we considered, Jersey City ranks better for the percentage of female workers who are six-figure earners (24.95%). This figure is more than twice as high as the national figure, which stands at 12.09%.

To find cities with the most female six-figure earners, SmartAsset compared data across the 100 largest cities. We considered two metrics:

Data for both metrics comes from the Census Bureau’s 2020 5-year American Community Survey.

Tips For Maximizing Your Savings