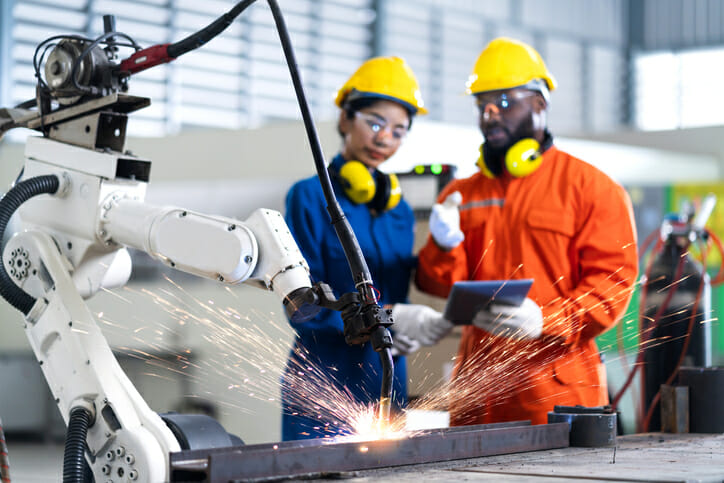 Local manufacturing can provide high wage jobs, be essential for innovation, help reduce the national trade deficit and contribute to environmental sustainability, according to The Brookings Institute. However, it’s no secret that U.S. manufacturing jobs have been shrinking over the past few decades (down more than 35% between 1995 and 2020). Given this trend, it’s important to highlight the areas of the country that have been and continue to be strongholds for manufacturing.

To do this, we analyzed nearly 400 metro areas across topics such as manufacturing employment, income and cost of living. For more details on how we found and analyzed our data, read the data and methodology section below.

This is SmartAsset’s seventh study on the best places to work in manufacturing. Check out the previous version here.

Ames, Iowa claims the top spot in this year’s edition after significant growth in both manufacturing employment and income over a one-year period beginning in 2019 - both of which increased by more than 13%. Over a longer period of time (three years), Ames also ranks top 30 for both of the aforementioned topics. Roughly 17% of the workforce is in the manufacturing industry and the area as a whole has a low unemployment rate of 2.4%.

More than a quarter of the workforce belong to the manufacturing industry in Decatur, Alabama. Like the No. 1 metro area, Decatur also has a low unemployment rate, at 2.4%. While income growth for manufacturing workers has lagged between 2019 and 2020, employment numbers are up with a 9% growth over the same one-year time period and nearly 15% between 2017 and 2020.

The Logan, Utah metro area has the 12th-highest percent of workers in manufacturing (26.64%). Manufacturing employees in the Logan area have experienced a roughly 6% increase in average income from 2019 to 2020. Additionally, the area also has the second-lowest unemployment rate of the top 10 metro areas and fifth-lowest overall, at 1.9%.

The Staunton-Waynesboro, Virginia area has seen income growth for manufacturing jobs that ranks in our top 33 out of all 378 metro areas considered. From 2017 to 2020, income increased by 17.10% (27th-highest) and more recently, from 2019 to 2020, it rose by roughly 10%. Staunton-Waynesboro manufacturing workers typically pay 13% of their income towards housing costs, which ranks 38th-best across the study.

More than one in five workers in the Cleveland, Tennessee area works in manufacturing (29th-highest). The number of manufacturing workers increased by 13.60% between 2017 and 2020 and income growth over the same time period is roughly on par, at 12.18%. Housing costs for manufacturing employees will account for less than 19% of income.

In the Sioux City, Iowa metro area, workers in manufacturing make up 23.48% of the total workforce (22nd-highest). Over a three-year time period beginning in 2017, the industry has seen an increase of 21.28% workers. When it comes to money, workers have seen an increase of roughly 10% over the same time period. Between 2019 and 2020, income has gone up by roughly 5.57%.

The Mankato-North Mankato, Minnesota metro area ranks in the top fourth of metro areas for the percentage of employees who work in manufacturing (16.81%). Mankato-North Mankato also ranks best for its low unemployment rate (1.7%), which claims the first spot for this metric study-wide. Between 2017 and 2020, workers in manufacturing have seen an income increase of roughly 10%.

About 16% of the workforce in Kankakee, Illinois works in manufacturing (80th-highest). Over three years starting in 2017, employment numbers for this industry have increased by 9.11% and average income has gone up by 30.92%. More recently, the latter has increased by 14.18% (fourth-highest).

To find the best places to work in manufacturing, we compared 378 metropolitan areas across the following seven metrics:

First, we ranked every metro area in each metric. From there, we found the average ranking for each metro area, giving an equal weight to all metrics except for manufacturing as a percentage of the workforce, which was double weighted.