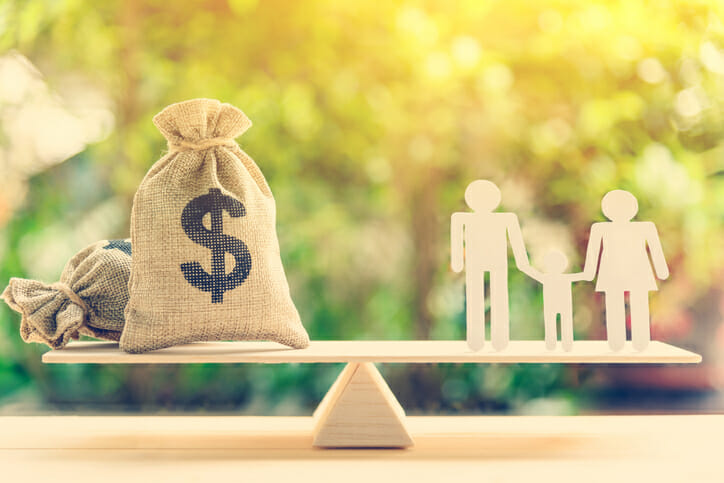 As of April 2022, the 12-month inflation rate is 8.3% and the highest it has been in over 20 years. Among other things, this has translated to a higher cost of living for many Americans. According to a report from the Capital One Insights Center, only 18% of consumers said their wages kept up with the rising cost of living. With a tightening wallet, Americans across the country are looking for ways to stretch their income and some places offer a better opportunity to do so than others.

In this study, SmartAsset uncovered the best cities in America to live on a $65,000 salary, a figure that aligns with the national median household income ($64,994). We compared 104 cities (all with a population of at least 60,000 and a median household income between $60,000 and $70,000) across topics such as income, employment, housing costs and access to various establishments. For details on our data sources and how we put all the information together to create our final rankings, read the Data and Methodology section below.

Previously, SmartAsset looked at the best places to live on a $60,000 salary. Check out the 2020 study here.

The most populous city in South Dakota ranks in the top 10 cities for five of the nine metrics we considered. It has the fourth-lowest median monthly housing costs ($946) and housing costs relative to a $65,000 income (17.46%). Additionally, it ranks sixth for its low average commute time (16.7 minutes), seventh for its low March 2022 unemployment rate (2.4%) and eighth for the high concentration of civic establishments (almost 13 for every 10,000 residents).

Residents in Cheyenne, Wyoming have the lowest average commute time in our study, at approximately 15 minutes. The poverty rate in the city is just over 9% (ranking ninth-lowest). And there are roughly 14 civic establishments for every 10,000 residents (ranking fifth-best).

Median monthly housing costs in Billings, Montana stand at about $1,000, or 11th-lowest overall. This means that residents earning $65,000 would only need to spend an average of about 19% of their pre-tax income on housing. Billings also ranks well for access to a variety of establishments with a rough combined total of roughly 24 civic and entertainment establishments for every 10,000 residents. Billings also has the seventh-lowest average commute time, at about 17 minutes.

Bloomington, Illinois ranks well for our housing affordability metrics. It places sixth for both median monthly housing costs ($950) and housing costs relative to a $65,000 income (17.54%). The city also has the sixth-lowest percentage of residents without health insurance (4.4%). Additionally, Bloomington, Illinois has the third-lowest average commute time of 16.3 minutes.

Appleton, Wisconsin ranks third-best for its low median monthly housing costs ($936) and housing costs as a percent of $65,000 income (17.28%). The city also has the ninth-lowest average commute time, at 18.7 minutes. The March 2022 unemployment was 2.7% and the poverty rate is about 10%. Roughly 6% of Appleton’s population is without health insurance, which is the 17th-lowest in this study.

Rogers, Arkansas has the ninth-lowest median monthly housing costs ($969) and as a result, median annual housing costs make up less than 18% of a $65,000 income. The unemployment rate for March 2022 is 2.2% (fourth-lowest) and the poverty rate is 9.8% (15th-lowest). Rogers also boasts the second-lowest average commute time of 16 minutes.

Madison, Wisconsin takes the ninth spot this year. For every 10,000 residents in the city, there are 12 civic establishments (ranking ninth-best) and roughly six entertainment establishments (ranking 21st-best). Just 3.8% of the residents in Madison are without health insurance (fourth-lowest) and the March 2022 unemployment rate is 2.3% (fifth-lowest). Residents can expect an average commute time of almost 20 minutes in this city (ranking 16th-best).

To find the best cities to live on a $65,000 salary, SmartAsset considered cities with a population of at least 60,000 people and a median household income between $60,000 and $70,000.  This resulted in a list of 104 cities, which we compared across the following nine metrics: