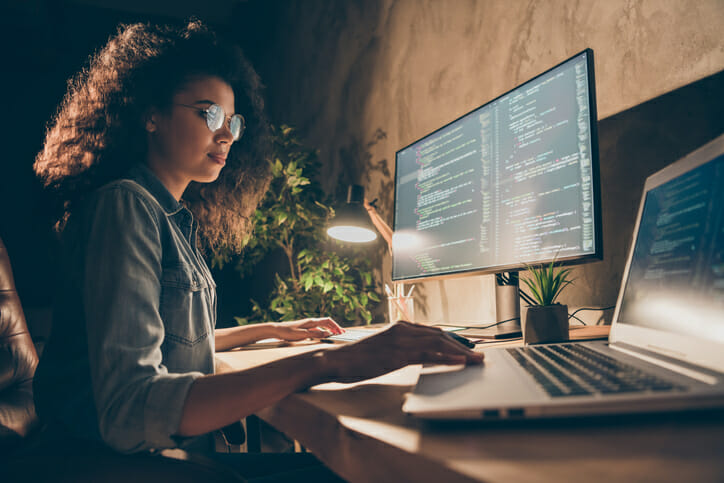 The U.S. tech industry has steadily grown year-over-year and is projected to see another 178,000 tech jobs enter the market in 2022. But while the industry’s median income continues to skyrocket above the national median income, women only make up 26.1% of all tech workers and earn just 84% of what men do. Depending on the city, however, some women fare better than others and represent a larger portion of the tech workforce. Keeping this in mind, SmartAsset analyzed data to identify and rank the best cities for women in tech.

To do this, we compared 59 U.S. cities for which full data was available and ranked them according to the following four metrics: gender pay gap in the tech industry, income for women in tech after deducting housing costs, women as a percentage of tech workers and three-year growth in tech employment. For details on our data sources and how we put all the information together to create our final rankings, read the Data and Methodology section below.

This is SmartAsset’s eighth annual study on the best cities for women in tech. Check out the 2021 version here.

Arlington, Virginia remains at the top of our study’s rankings for another year. Women make up 34.3% of the tech industry, which ranks fourth-best. In this city’s tech industry, women can expect to earn about $89,500 on average. And when compared with men’s salary, women earn 91% of what men do (ranking ninth-best). After deducting median housing costs in Arlington, women in tech can expect to have $63,800 in salary remaining, which ranks 11th-best for this metric.

Holding steady in the second-best spot on our list is the nation’s capital. The District of Columbia ranks second-best for the percentage of women in the tech workforce (38.3%) and women working in tech earn 90% of what men do in the same field on average. Income after housing costs for women in tech amounts to $61,087 (ranking 14th-best).

Jumping up four spots, Houston, Texas ranks first overall for the gender pay gap: women earned 98% of what men do in the tech workforce on average. Also, women tech workers earn $65,662 after housing expenses are accounted for (ranking ninth-best). Between 2017 and 2020, total tech employment grew by 13% and in that workforce, 27.5% of workers are women.

Baltimore, Maryland took a backseat to Houston, Texas this year but still remains near the top of the list. This city ranks second-best for the gender pay gap between women and men in tech (94%), 10th-best for the percentage of women in the tech workforce (29.9%) and 15th-best for the income after housing expenses ($60,714).

Last year, Chandler, Arizona ranked 14th-best overall in our study. This year, Chandler has gained traction and landed in the No.5 spot. Reasons for this include closing the gender pay gap (which is how much a woman earns compared to what a man earns): from 85% last year to 94% this year and income after housing increasing to $67,369.

Another Texas city in the top 10, Fort Worth moves up from 18th place in our study last year. The percentage of women in the tech force is 27.3% (ranking 20th-best). After housing expenses, women tech workers can expect an income of $52,737. When compared to men tech workers, women earn 94.3% what men do. The Fort Worth tech industry has grown substantially in recent years, with employment growing by 26.5% between 2017 and 2020.

Home to Duke University and part of the Research Triangle Park, Durham, North Carolina ranks as the seventh-best city for women in tech. Women tech workers in this city make up 28.9% of the field (ranking 12th-best). After deducting the city’s median annual housing costs, their income is $57,396 (ranking 18th-best) and between 2017 and 2020, tech employment has grown by 25.8% (ranking 17th-highest).

The second Virginia city in the top 10 is Virginia Beach. In this city, 28.6% of the tech workforce is made up of women. Virginia Beach ranks 11th-best for how much women tech workers earn compared to men tech workers, at 91%. Income after housing expenses is $52,651, which ranks 31st-best.

Cincinnati, Ohio is the only Midwestern city in our top 10. The city ranked in the top 10 cities for two individual metrics: women as a percent of the tech workforce (30.5%) and the gender pay gap (92%). After deducting housing costs, women tech worker’s income is $48,670. Overall tech employment in Cincinnati has increased by 24.0% between 2017 and 2020.

To find the best cities for women in tech, SmartAsset looked at data for cities with at least 200,000 residents. We removed cities from our data set that did not have statistically reliable data (i.e. the margin of error for average earnings for women who work in tech or the number of women working in tech was greater than 20%). Those two constraints left us with 59 cities, which we compared across the following four metrics:

We ranked each city in every metric, giving a double weight to the following metrics: gender pay gap in tech industry, earnings after housing and women as a percentage of the tech workforce. We gave a full weight to the remaining metric, three-year tech employment growth.

Tips for Navigating the Tech Industry