Airfare Rises More Than 20% Over the Quarter – November 2022 Study 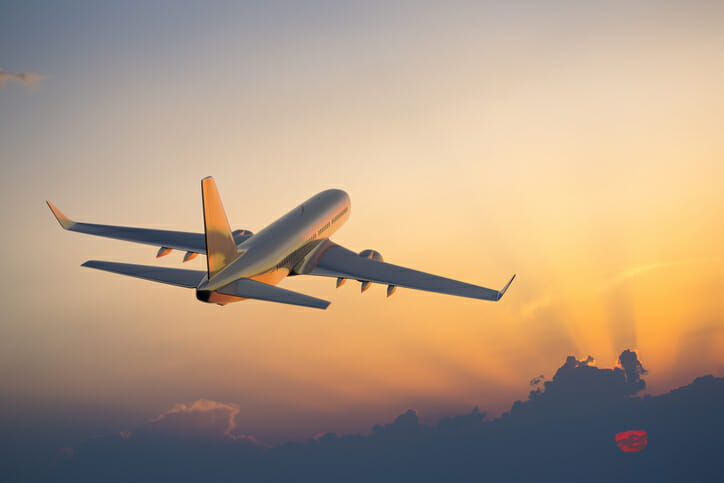 Rising costs of jet fuel, delays, cancellations and inflation have created headaches for travelers this year. And, as a result, consumers are seeing much higher airfare prices across the country. With holiday travel around the corner, SmartAsset investigated the places where airfare has increased the most and least.

Specifically, we analyzed airfare price increases nationally and across the 100 busiest airports (based on the total number of domestic passengers in 2021). For details on our data sources and how we put all the information together to create our final rankings, read the Data and Methodology section below.

This analysis is an update to a previous version of this study, which revealed the airports with the largest price increases between Q1 2021 and Q1 2022. Check out the previous version here.

Airfare Prices in 2022 Continue to Skyrocket

Some cities have seen even larger recent increases than the nearly 21% national increase. Specifically, four airports had an increase of over 30% – three in California and one Arizona airport. Out of the 100 busiest airports in the U.S., just one experienced a decrease in airfare – Myrtle Beach International Airport (MYR) in Myrtle Beach, South Carolina.

With the addition of Washington Dulles International Airport (IAD) to the airports with an increase of over 30%, five airports have had an increase of roughly $100 or more between average airfare in the first and second quarters of 2022.

The table below shows the airports with the biggest airfare changes between the first and second quarters of 2022, ranked according to both the percentage change and dollar change.

Where Airfare Has Increased the Most

To determine the airports with the largest increases in airfare, we compared the 100 busiest airports across three metrics: average airfare in the second quarter of 2022 (one-way and round-trip, domestic flights), as well as the one-year percentage change and dollar change in average airfare.

In the second quarter of 2022, the average fare at Pensacola International Airport (PNS) falls was $462. This is more than 51% higher than a year previously, or a dollar value higher of $157.

The Fresno Yosemite International Airport (FAT) has experienced an increase of roughly $140 in its average airfare since the second quarter of 2021, bringing the average fare to $474 (the seventh-highest overall). As a percentage, this is an increase of about 42%.

The average airfare for flights out of Seattle-Tacoma International Airport (SEA) is $437, 23rd-highest in this study. This figure is about 49.18% and $144 higher than it was in the second quarter of 2021, representing both the second-worst percentage and dollar changes in average airfare.

Passengers departing through Bozeman Yellowstone International Airport (BZN) can expect to pay $134 more than they did last year on average. In the second quarter of 2022, the average fare reached $442 - the 19th-highest average in our study.

Of the 12 California airports included in this study, the largest - Los Angeles International Airport (LAX) - ranks worst for recent airfare increases. The average airfare is $448 (15th-highest) and LAX airport has the sixth-highest one-year percentage change in average fares (42.22%) and the seventh-highest dollar change ($133).

Birmingham-Shuttlesworth International Airport (BHM) is one of three airports included in this study where the average airfare exceeds $500. Specifically, that figure for 2022 is $503 and is 37.52% higher than it was in 2021. In gross numbers, the average airfare increased by $137 (fourth-highest dollar change).

Spokane International Airport (GEG) has the 21st-highest average fare of $438 in the months leading up to summer. Compared to 2021, the average fare has increased by roughly $129 and it is one of 13 airports that have had an increase in price that exceeds 40% in the same one-year period.

Tucson International Airport (TUS) has the eighth-highest average fare ($470) when compared with the other 99 airports considered. Over a one-year period, passengers departing from TUS have paid roughly $128 more on average (11th-highest dollar change), which equates to a 37.60% change (18th-highest).

Boise Airport (BOI) has the fourth-highest percentage increase in airfare over a one-year period (43.29%) and the 12th-highest dollar change over the same time period ($128).

With a dollar change of $126, Detroit Metro Wayne County Airport (DTW) has the 14th-highest dollar increase over the one-year period between 2021 and 2022, bringing the average airfare to $430. This increase equates to a nearly 42% change. For the second quarter of 2022, the average airfare is the 27th-highest of 100 airports in this study.

It is important to note that the majority of the fare cost averages since the second quarter of 2020 have been heavily impacted by the pandemic, when airfare fell to $260.

“I’m not surprised that flight prices are higher now than they were pre-pandemic, given all the things our industry has been through in the past few year[s],” says Roger Broussard, a professional pilot and CEO and Founder of Pilot School Hero. “The pandemic itself really hit our industry badly, with employees leaving the industry never to return, which has exacerbated staff shortages. There’s also, if you can believe it, a shortage of planes across some airlines… That’s without even talking about oil prices and inflation!”

Looking forward to the holidays, airfare prices are unlikely to drop.

“We’d normally expect prices to drop off a little over the winter months," says Broussard, "But this year the power looks to be in the hands of the airlines, with demand looking set to stay high and limited spaces to go around meaning prices will stay high.”

To find the airports with the largest price increases, SmartAsset looked at the 100 busiest airports across the U.S. based on the total number of domestic passengers in 2021.

We compared those airports across three metrics:

Data for all three metrics comes from the Bureau of Transportation Statistics. We ranked each airport in every metric, giving a half-weight to average fare and a full weight to the remaining two metrics.