Unusual Jobs That Are Abundant in the 30 Largest Metro Areas 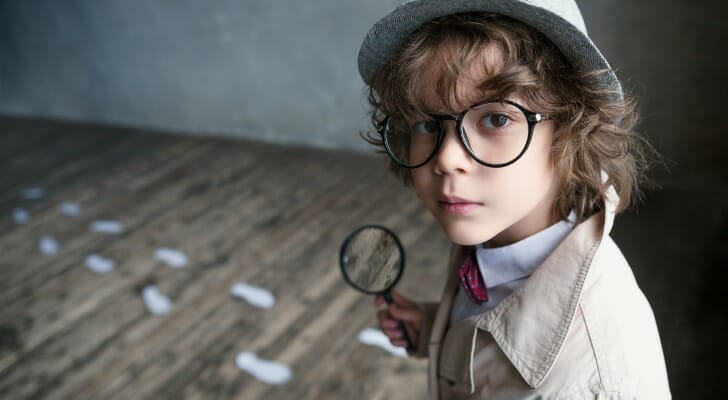 Many cities have a reputation for being filled with a particular type of professional.  Picturing New York City, for instance, some people may conjure up an image of Wall Street with its highly paid financiers. San Francisco, on the other hand, is known for its programmers. Washington, D.C. is the city of political scientists, of course, while in Los Angeles, you can’t walk down a city block without running into an actor. At least, those are our common assumptions. These matters may be fun to ponder, but they’re not as trivial as they might seem. For people looking to make a move or a career switch, it’s imperative, for the health of their savings accounts, that they know what jobs really are most common in their new city.

Below, we look at data on the 30 largest metro areas to find which occupation is disproportionately represented in a particular place relative to its prevalence in other locations nationwide. Specifically, we looked at a metric called location quotient. Check out our data and methodology below to see where we got our data and how we put it together to create our list. 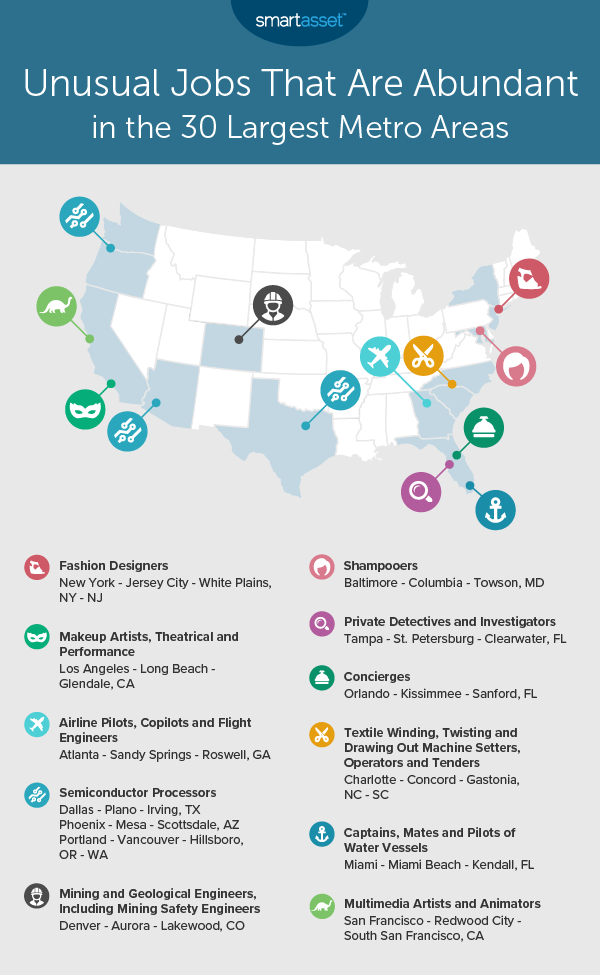 If you want to start a career as a makeup artist, there is no better place to be than Los Angeles. In fact, there is almost nowhere else to be. Of the 3,540 or so makeup artists in the country, 1,750 of them are in LA. New York is the city with the second-highest rate of makeup artists relative to the national average. The main takeaway from the first two blurbs is if you want to work with these types of creatives, LA and NYC are the places to be.

The Denver metro area is dominated by its mountains. Not only do people here love hiking and exploring them but many of the metro area’s jobs are based around the mountains. For example, across the country, only 6,150 people are employed as mining and geological engineers. Denver has the most at 410, giving those in this occupation a location quotient of 6.62. That means the rate of mining and geological engineers relative to total employment is 6.62 times higher in Denver than the national average. The occupation with the second-highest location in Denver is cartographer.

If you’re looking for a good hair-washing, Charm City is the place to be. More than 13,000 people work shampooing and rinsing customers’ hair, according to BLS data. In Baltimore, the rate of shampooers is more than five times higher than the national rate. Unfortunately, this job does not pay much, and Baltimore shampooers make less than the national average.

Are residents in Tampa less trusting of their neighbors than the average American? Data from the BLS suggests that is a plausible theory, or they are simply more likely to pay for a private investigator when they have questions they want to be answered. In fact, no metro area comes close to Tampa in its concentration of private detectives. BLS data shows that there are more than 1,700 private detectives in Tampa, or 1.34 per 1,000 jobs.

Much of the American textile industry was shipped overseas in the late-20th and early-21st centuries. But it is still going fairly strong in North Carolina, specifically in Charlotte. There are more than 1,600 people in Charlotte employed in this profession, or 1.38 per 1,000. If you head south to Dalton, Georgia you will find 84 people employed in this profession per thousand jobs, or a rate 388 times the national rate.

Picture this: It is not software developers with the largest location quotient in San Francisco. It’s actually animators. There are about 1.38 animators here per 1,000 jobs, a figure 6.6 times the national rate. The average animator here earns just shy of $95,000 per year.

Tips for Hitting Your Savings Goals