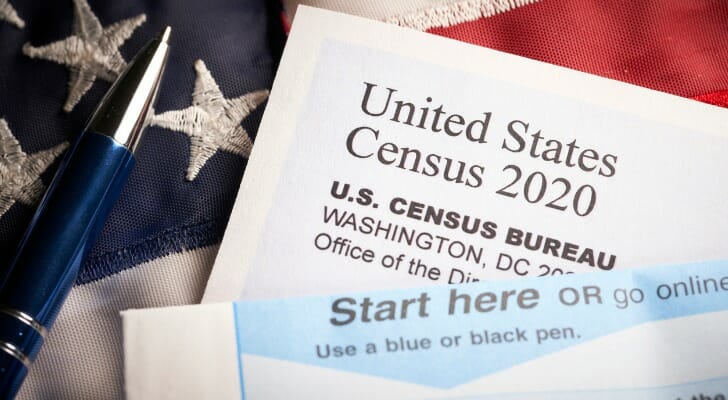 Earlier this spring, SmartAsset decided to take a closer look at where people had responded to the 2020 Census the most. Since the publication of our original study in May, the Census Bureau moved up its extended deadline for completing the decennial count, causing some concern that many households could go uncounted. The 2020 Census was originally scheduled to end on October 31, 2020 – six months after the deadline in a typical Census year – to accommodate changes due to COVID-19. However, it will now conclude an entire month early, on September 30. Accurate counts are important to ensure proper representation in Congress and fair allocation of 1.50 trillion in federal money this year.

In this study, SmartAsset looked at the cities where 2020 Census self-response rates have increased the most over the past three and a half months, comparing the change in self-response rates between May 4, 2020 and August 18, 2020 across the 50 largest U.S. cities. For details on our data sources and how we put all the information together, check out the Data and Methodology section below. 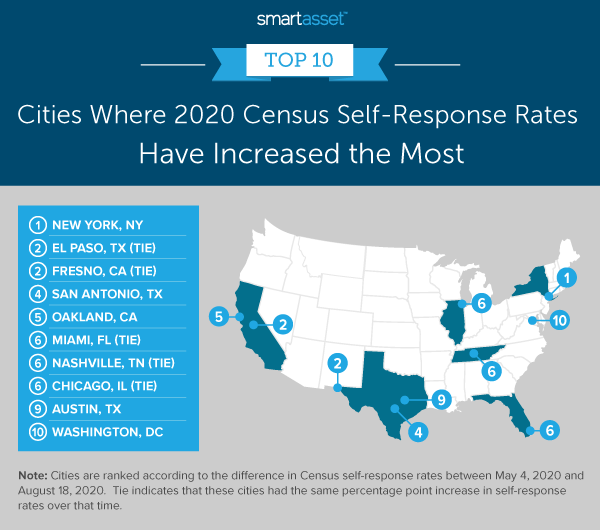 Two Texas cities – El Paso and San Antonio – and two California cities – Fresno and Oakland – rank behind the Big Apple as the places where self-response rates have increased the most. Of those four cities, the self-response rate as of August 18, 2020 was the highest in Oakland, at 67.0%, and lowest in San Antonio, at 61.7%. 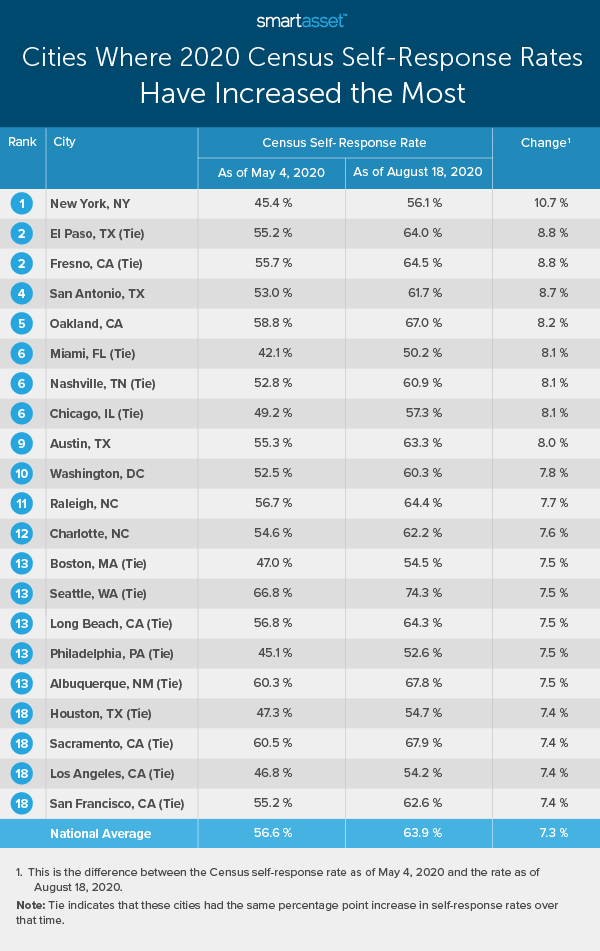 Tips for Helping Your Community and Making Smart Financial Decisions