Top 10 Cities for Career Opportunities in 2019 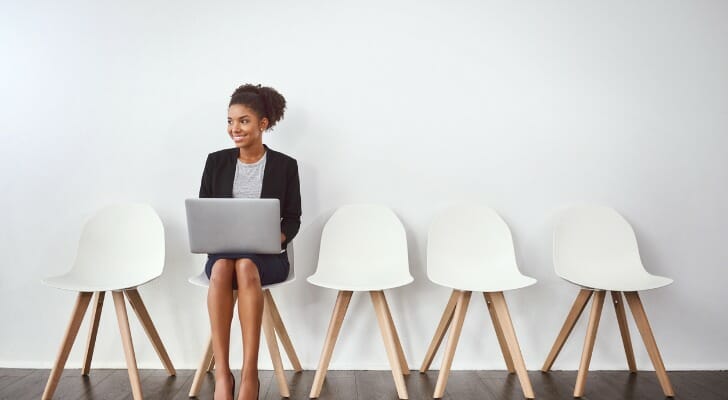 Building your professional life can be difficult, but it’s the best way to make sure you and those you care for can make enough to put money away in savings as well as afford to live the life you want. Certain cities are better than others for career opportunities. Opportunity, however, does not only depend on the number of jobs. Housing costs, median income and support networks all factor into determining which cities are best for those people looking to grow or even start their careers.

To find the best cities in the country for career opportunities, we considered data across seven metrics: unemployment rates, change in total employment, median income, income growth over time, annual housing costs, the number of career counselors and the number of higher education teachers. For more details on how we came to our results, see the Data and Methodology section below.

This is SmartAsset’s fifth annual study on the best cities for career opportunities. Check out the 2018 version here. 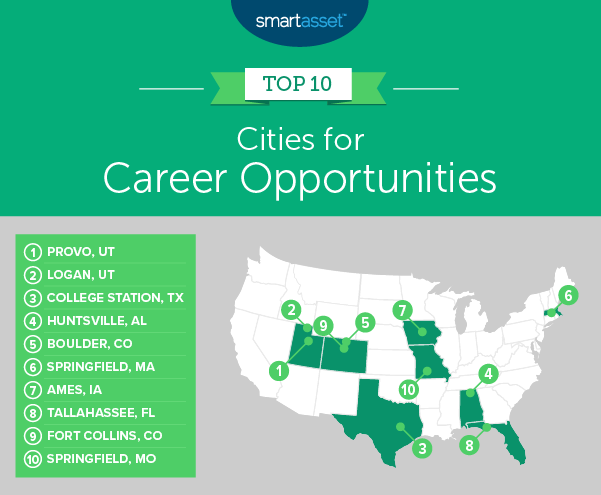 The top city on our list is Provo, Utah. Home of the Brigham Young University, Provo has a fairly low unemployment rate at just 2.80% and ranks 20th for this metric in our entire study. It also saw a total employment burst of 3.60% between 2018 and 2019, the highest in the top 10, and a top-15 rate for this metric in the study overall.

Logan, a city in northern Utah, takes the next spot on this list. It is another college town, the home of Utah State University. Its 2.70% unemployment rate is the second-lowest in the top 10 and a top-15 rate for that metric in the study overall. The average annual housing cost in Logan is just $8,952, which is also the second-lowest amount in the top 10, and ranks within the top 20% for low housing costs across all 355 cities in our study.

College Station, Texas is yet another college town, home of Texas A&M. This city has the highest income growth over time in our top 10, at 74.69% and a top-5 rate overall. The presence of such a large university also gives College Station the highest concentration of higher education teachers at 44.02 per 1,000 workers and the highest concentration of career training counselors at 6.14 per 1,000 workers – both of which are also top-5 rates.

Average housing costs are fairly high in College Station, though, at $12,372 per year.

Huntsville, Alabama has annual housing costs of just $9,768, the third-lowest in the top 10 of our study. It also has the fourth-highest income growth with time, at 47.99%, and ranks 12th for this metric in our study as a whole.

The town doesn’t fare as well for career counselors – its 1.41 per 1,000 workers is the second-lowest rate for this metric in the top 10.

Home of the University of Colorado, Boulder, Colorado has the ninth-highest median income in our entire study, the second-highest in our study’s top 25 and the highest in the top 10 – $49,090. That number is offset, though, by average annual housing costs of $17,436, which bring the city’s rank down to the bottom 5% for this metric in the study overall.

Another area in which Boulder doesn’t rank so well is the number of career counselors: There are only 1.37 per 1,000 workers. There are approximately nine higher education teachers per 1,000 workers, though, which places the city fifth-highest for this metric in our top 10.

Springfield, Massachusetts is next and comes boasting a median income of $40,780, the second-highest in the top 10. The housing costs in this city are $11,544, which constitutes approximately 28.31% of the annual median income. Its concentrations of career training counselors and higher education teachers per 1,000 workers – 3.83 and 16.93 respectively – are both top-20 rates.

Springfield does, however, have a fairly high unemployment rate. At 3.90%, it’s the highest rate for this metric in the top 10 cities of our study. It also had a fairly low total employment growth rate of 2.40% between 2018 and 2019.

In keeping with the theme of college towns, next up is Ames, Iowa. You’ll find Iowa State University here. Ames has the lowest unemployment rate in our entire study – just 1.40%. It hasn’t seen much of an increase in total employment in the past year – less than 1% – but some of that may have to do with the fact that many people were already employed. Ames also has the second-highest income growth rate with time in our top 10 and the fourth-highest rate for this metric overall, at 74.11%.

Tallahassee, Florida is the state capital and home to yet another major university, Florida State University. It has the third-highest rate of income growth with time in our top 10, 52.86%. Tallahassee also has the second-highest concentration of higher education teachers per 1,000 workers in our study’s top 25, at 34.26. That’s a top-5 rate in our study as a whole, and is likely due to the presence of Florida State and Florida A&M, two local universities.

Annual median income in Tallahassee is $35,510.

Fort Collins, Colorado is found in the northern part of the state. It has an unemployment rate of 3.10% and saw a 2.70% growth in total employment between 2018 and 2019. Both of these rates bring Fort Collins within the top 15% of rankings for each of these metrics. The city has an annual median salary of $39,240 and fairly high average housing costs of $15,168 annually. 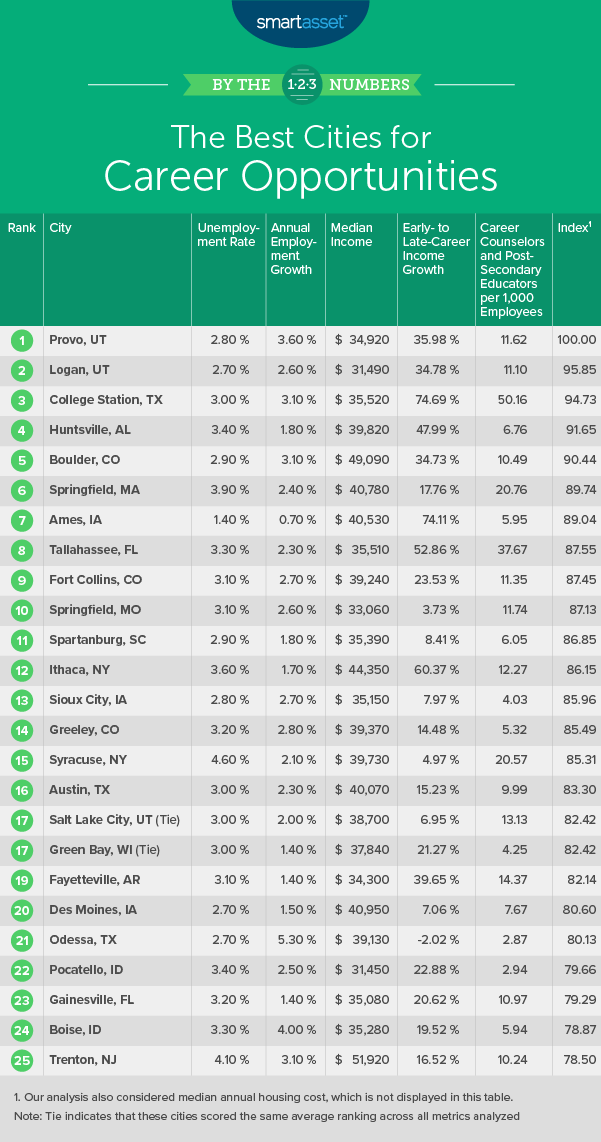 We examined data for 355 cities to find the best cities for career opportunities in 2019. We compared the cities across the following seven metrics:

Getting More Out of Your Money