The Most In-Demand Jobs for Bachelor’s Degree Holders 2019 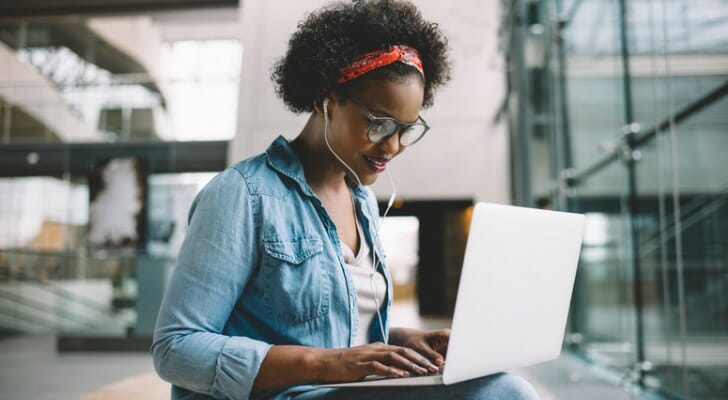 For bachelor’s degree holders, nabbing a high-paying job often hinges on finding out which sectors of the economy most need educated workers. Identifying the right roles where employers are clamoring to hire them allows those with this undergraduate degree to snag a gig that offers a robust paycheck and helps build their savings accounts. Below, we analyze Bureau of Labor Statistics (BLS) data to find the most in-demand jobs for bachelor’s degree holders. 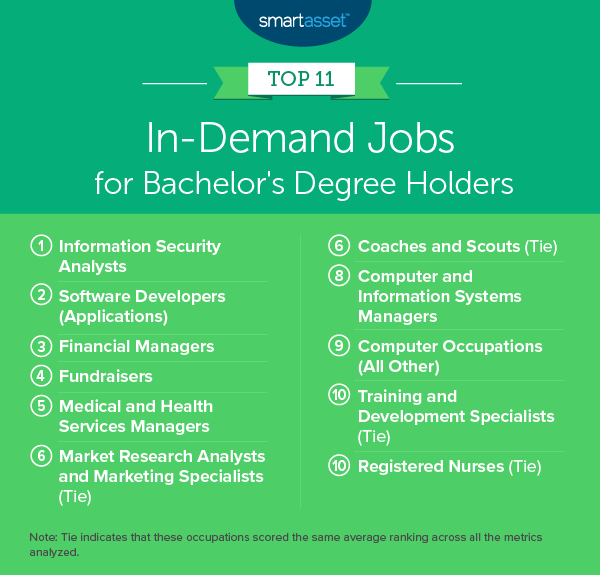 Managing the finances of an organization is a high-paying occupation with a bright future. The average person working in this job earned more than $143,000 per year in 2017. That’s an increase of nearly 5% on the 2016 figure. The main reason an educated individual would want to zero in on this career, though, is its long-term prospects. The BLS expects financial manager jobs to grow by 108,400, or just under 19% from 2016 to 2026.

If you’re a bachelor’s degree holder with a passion for raising funds, you’re in luck. That job has a long and prosperous future. From 2016 to 2026, the BLS expects the number of people working as fundraisers to grow by nearly 15%. Other than explosive job growth, incomes for fundraisers are also rising. BLS data shows that the average fundraiser saw his or her income rise by just under 6%, from 2016 to 2017.

One fact of the American economy that is unlikely to change soon or in the next decade is the overwhelming cost of health care. With an aging population, the overall demand for health care will also rise. That’s good news for health care professionals across the country. This is why last year we found that personal care aides were the most in-demand jobs for people of all educational backgrounds. Managing medical and health services is a lucrative career for bachelor’s degree holders in the health care space. The average person in this occupation earns slightly less than $112,000 per year, up 4.5% from the year before. Long-term prospects look good as well. The BLS projects growth of just under 20% for this occupation.

For those with dreams of an athletic career, your best bet may be to switch from being an athlete to coaching or prospecting. From just 2016 to 2017, average pay in this occupation grew by 3.8%. From 2016 to 2026, the BLS estimates the number of coaches and scouts will grow by just under 13%.

Another STEM profession takes eighth. This is a high-paying occupation in which professionals earn nearly $150,000 per year. Over the next decade or so, the BLS projects job growth of 43,800, or 11.9%. In each of those metrics, this occupation ranks in the top 20.

9. Computer Occupations (All Other)

If you’re getting a college education and want to secure your future chances of getting a job, STEM degrees in general and computer science, in particular, are a good bet. General computer occupations grew 21% from 2016 to 2017, with income growth of 2.5%. This occupation ranks first and 38th in those two metrics, respectively.

Helping train and develop the workforce of tomorrow is an in-demand job. This occupation does not stand out in any one metric but scores consistently well on each of the four factors we tracked. In total, this occupation scores 50th for income growth and cracks the top 30 in the other three metrics.

Health care and STEM are two of the best bets for well-paying employment in the future. Being an RN is a great occupation for those who want to help take care of people. The average registered nurse earned slightly less than $74,000 per year in 2017, a modest increase of 1.9% from 2016. But while the pay growth may not grab eyeballs, the future growth should. The BLS expects an additional 437,000 registered nurses to join the workforce between 2016 and 2026, the biggest increase in the study.

Tips for managing your savings