The Best States for the Middle Class in 2018 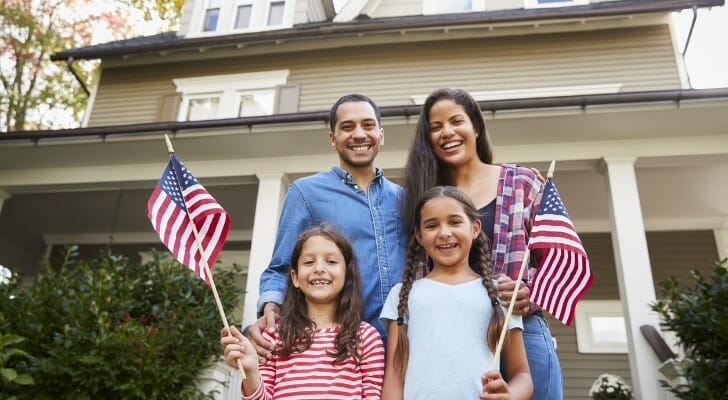 The American Dream of homeownership and financial independence is a hallmark of middle-class life. Indeed, working hard defines this cohort’s pull-yourself-up-by-your-bootstraps sensibility. But earning and saving up enough money to afford a down payment comfortably and reduce financial stress is getting increasingly difficult. With inequality on the rise in America, the middle class is getting squeezed on both sides. That has made many Americans in this demographic wonder how much money they can really save and whether they will be prepared come retirement. Some states, however, are better for the middle class than others. Below we look at metrics related to income, homeownership and taxes to find the best states for the middle class. 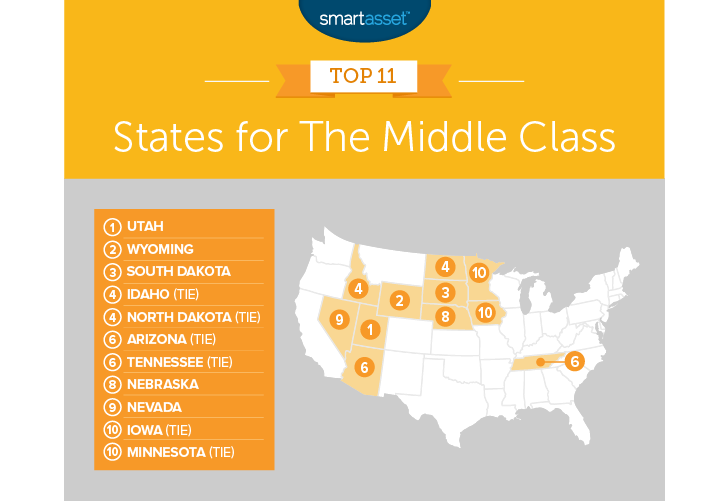 The Beehive State takes the top spot as the best states for the middle class. Utah possesses the largest proportion of middle class households in our study, with just over 49% of households earning between $35,000 and $100,000. This state has also seen impressive growth in middle-class jobs. This makes it a great state to be in the middle class and also means the state can support a larger middle class. Utah also has a homeownership rate of 70%, which is a top-10 rate.

Wyoming, according to our data, is a place where the middle class is excelling. More than 46% of households are part of the middle class, according to our definition. That’s a top-15 rate. That figure may continue to climb if the current pace of middle-class job growth holds up. From 2003 to 2017, the number of middle-class jobs grew by 59%. In that metric, Wyoming ranks second.

Idaho occupies the fourth spot, tied for that honor with North Dakota. Nearly a majority of Idaho households are in the middle class, a fact that boosts the state up in the rankings. Another positive signal that Idaho will continue to be a stronghold for the middle class in the future is the job growth numbers. From 2003 to 2017, the number of middle-class jobs in Idaho increased by 31%.

North Dakota comes in tied with Idaho for fourth. This state owes its spot in this top 10 to the fantastic growth in middle-class jobs. From 2003 to 2017, the number of middle-class jobs doubled. Concerning total jobs, that is an increase of more than 139,000 jobs that pay between $30,000 and $70,000 per year. Middle-class residents here also don’t pay too much in income tax. North Dakota ranks 10th in effective income tax.

One of the most popular states for retirees comes in sixth. Arizona is one of the best states in the country for securing a middle-class job. Arizona saw its number of middle-class jobs grow by nearly 300,000 between 2003 and 2017. That equals job growth of 28%. The middle class in Arizona is also reasonably large, equaling nearly 46% of all households. Arizona also promotes homeownership for the middle class with its low property tax rate.

Nevada has a large middle class. Census Bureau data reveals that more than 46% of households in Nevada have an income placing them in the middle class. The Silver State is also in a handful of states that do not add state income tax. Overall, Nevada ranks in the top 15 in four separate metrics to crack the top 10.

For middle-class households who place a high value on homeownership, Iowa is the state to be. Iowa has some of the most affordable homes in the country. The median home, Census Bureau data shows, is worth just $142,300. That has kept the middle class within range of homeownership. Just under 71% of homes are owner-occupied, a top-five rate.

Last but not least is Minnesota. This state scored above average in the majority of metrics without securing many top-10 rankings. Minnesota only claimed top-10 spots in homeownership rate and total job growth. Yet, sometimes overall consistency is more important than taking the top spot in any one metric. Minnesota also only ranked below average in two metrics, which is how Minnesota finished as the 10th best state for the middle class.

In order to rank the best states for the middle class, we looked at data for all 50 states and Washington, D.C. Specifically, we looked at the following eight metrics:

Tips for Investing in a Home You Can Afford