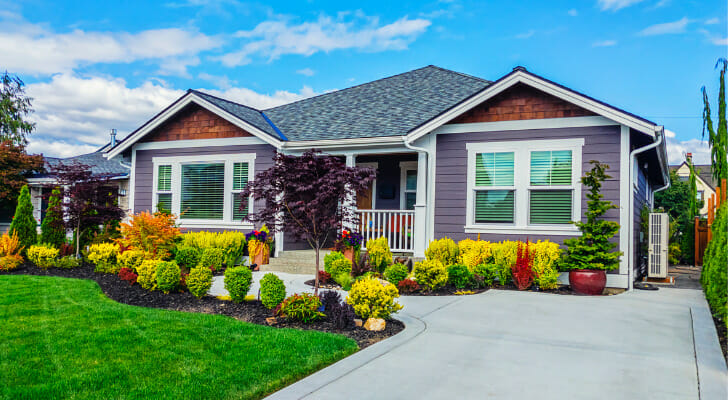 For Americans seeking a more affordable and less crowded alternative to the bustle of a big city but not interested in very small towns, a mid-sized city might be the best place to put down roots. But not all of them are equally suited to meet the needs of their inhabitants. That’s why SmartAsset crunched the numbers on a variety of financial factors to find the mid-sized cities that are the most livable.

To do so, SmartAsset considered data for 227 cities across the following eight metrics: Gini coefficient, four-year home value change, median monthly housing costs, poverty rate, median household income, July 2020 unemployment rate, percentage of residents without health insurance and average commute time. For details on our data sources and how we put all the information together to create our final rankings, check out the Data and Methodology section below.

This is SmartAsset’s fourth study on the most livable mid-sized cities. Check out the 2019 edition here. 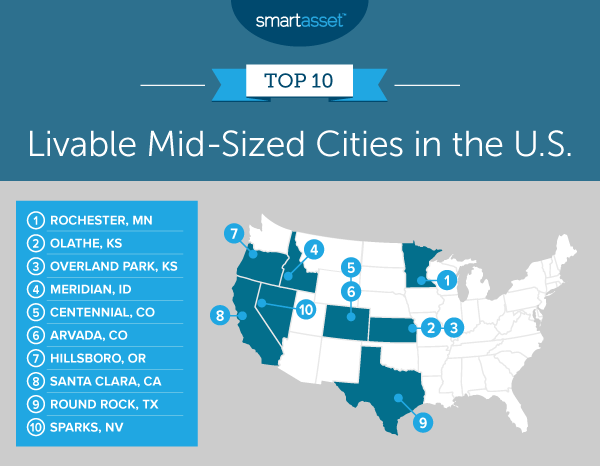 Rochester, Minnesota has an average commute time of just 16.2 minutes – the fifth-lowest in the study – so you don’t need to worry about adding on an extra few hours to your work day that you’ll have to spend in the car. The city had an unemployment rate of 7.0% in July 2020, the 31st-lowest of the total 227 cities we studied. It also ranked 42nd for its relatively low poverty rate, which comes in at 7.4%.

Olathe, Kansas ranks 12th-best for the Gini coefficient, a metric that measures income inequality. Olathe has a poverty rate of 6.3%, 24th-best among the 227 cities we analyzed. The city’s July 2020 unemployment rate is tied for 19th-lowest, at 6.6%. Median household income in Olathe ranks 34th overall and is third-highest in the top 10, at almost $94,300.

Overland Park, Kansas ranks within the top 20% of study for four of the eight metrics we considered. The poverty rate in the city is 3.8%, eighth-lowest in the study. Overland Park is tied for 19th in terms of July 2020 unemployment rate, coming in at 6.6%. The city also places 31st for the percentage of residents without health insurance, at 5.2%. Furthermore, the median household income in Overland Park is 39th-highest out of 227, at $91,518.

Meridian, Idaho saw home values increase by 55.61% from 2015 to 2019, the ninth-highest jump in the study and the highest in the top 10. The July 2020 unemployment rate in the city was a low 5.0%, the second-best rate of all 227 cities that qualified for this study. Meridian’s Gini coefficient is the 14th-best, implying relatively low levels of income inequality.

Centennial, Colorado is the first of two cities in the Rocky Mountain State to crack the top 10. Centennial’s poverty rate is 3.0%, the second-lowest in the study. Centennial also has the 14th-highest median household income of all 227 cities we analyzed, $111,257. The city ranks 11th in terms of the percentage of residents without health insurance, with just 3.9% of people in Centennial being uninsured.

Hillsboro, Oregon has the 17th-best Gini coefficient in this study, indicating relatively low levels of inequality. Hillsboro ranks within the top 50 of the study for median household income ($86,038) and the percentage of residents without health insurance (5.6%). It also ranks within the top 60, or roughly the top quartile of the study, for its relatively high 2015-2019 change in home value and its relatively low poverty rate.

The final city in the top 10 is Sparks, Nevada, where home value increased by 44.85% from 2015 to 2019, the 30th-highest increase for this metric in the study. Sparks ranks 50th-best for its July 2020 unemployment rate overall, 8.1%. While Sparks ranks within the bottom half of the study for median monthly housing costs, which amount to $1,354, the city has a Gini coefficient of approximately 0.39, indicating relatively low income inequality.

To find the most livable mid-sized cities, SmartAsset first compiled a list of all the cities with at least 100,000 residents, excluding the 100 most populous cities. Note: Some cities that have appeared in past studies may not be in this year’s version because of shifting population totals. We compared all of the cities across the following eight metrics: