How to Make Money on Twitch 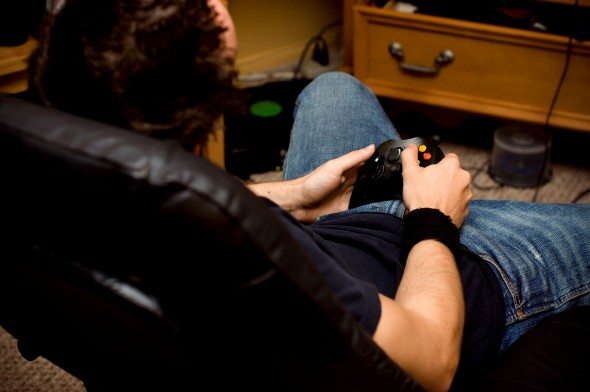 If you love gaming, you might be wondering how to turn your passion into profit. One way to earn money as a gamer is to stream videos of yourself playing games on a platform like Twitch, which – as of February 2022 – boasts approximately 8.4 million unique creators streaming each month and an average of 2.62 million concurrent monthly viewers. Here’s what you need to know about how to make money on Twitch. Consider working with a financial advisor as you seek to boost your income and build your wealth.

Let’s start with the basics: What is Twitch? If you haven’t heard of the site, not to worry. It’s still pretty niche. You can be into video games and not frequent Twitch.

In short, Twitch is a platform that lets gamers stream video of themselves playing games, and lets visitors to the site watch those videos. The potential to earn money is on the side of the broadcaster of the video, not the viewer.

Video game publishers and video game media outlets also have their own Twitch channels. The platform hosts live streaming from video game-related events and competitions, too. Twitch has its own annual convention, aptly named TwitchCon. Let’s focus on the individual user/broadcaster.

How to Set Up a Twitch Channel

Users create a channel that streams live game play videos, coming to the site from computers or consoles. When you watch a given video you can see the game play, plus a webcam video of the person playing the game. The player will generally provide audio commentary.

Sometimes it’s serious commentary to help other players through a game. Other times, the commentary is funny – think reaction shots and intentionally bumbling game play.

So, the three components of a Twitch channel are the game play itself, the webcam video of the player and the audio commentary. That means broadcasters need a computer or console and other gaming equipment, plus a camera and a microphone headset for broadcasting purposes.

Twitch channel streams are 24-hour streams. Of course, you don’t have to be playing video games 24 hours a day, but your channel will be out there. You can upload pre-recorded videos, but in general the purpose of Twitch is to provide the site’s users with access to live streams of game play. For broadcasters, Twitch can be a side hustle, a complement to a career in e-Sports (competitive gaming), a hobby or a full-time job. It’s also possible to invest in e-Sports.

Signing up for a Twitch channel just takes a few minutes. You can create your own login information or use your Facebook account. The process for broadcasting will depend on how you’re playing games (computer vs. gaming console) and on the specific equipment you’re using. As you might expect from a gaming community, Twitch users offer plenty of online support in chats and forums that can be a great resource for anyone who’s just getting started.

OK, so you’ve set up a Twitch channel and you’re ready to start broadcasting your game play. First off, it’s a good idea to decide on a tone that can help create your personal brand on Twitch.

To help you establish that tone, consider a few guiding questions: Do you want your channel to be funny or serious? Are you about helping other gamers, competing with other gamers or making viewers laugh? What kind of audience do you want to attract? Will you be the best gamer or the funniest gamer?

The videos themselves aren’t the only way you can reach viewers. Twitch also has a chat feature. Viewers might hit up your chat room to ask you questions about game play, or to get to know you better. Responding to viewers in friendly, helpful ways can help you retain and grow your following.

Another important factor in your success on Twitch is the games you choose to broadcast yourself playing. Not surprisingly, there’s a lot more competition with major games that lots of broadcasters are playing. If you want to be the go-to broadcaster for major releases, more power to you. But you’ll probably have an easier time standing out if you broadcast games that fewer people are playing. 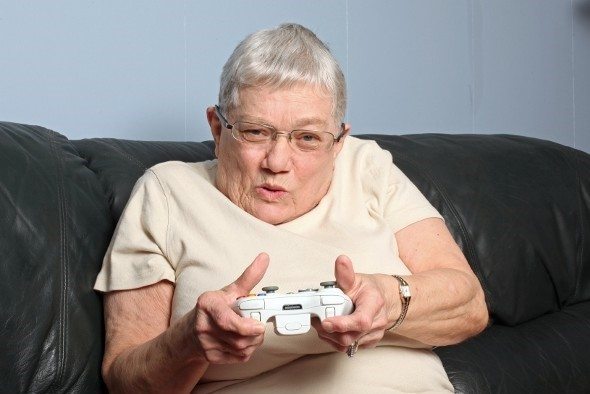 How do Twitch and the stars of its streaming channels make money? For Twitch, advertising dollars come in part from featuring particular games on its sites. The makers of those games pay Twitch for the exposure the site gives them.

If you’re a user, you’ll share any ad revenue your channel makes with Twitch. In your Broadcast Dashboard you can change the settings on your channel to reflect how many ads you want to play per hour during your video stream (usually three ads).

The advertising revenue generated by visitors to your channel viewing and clicking on ads will be shared between you and Twitch and paid out by Twitch to your PayPal account. If you want to add links that viewers can follow to purchase particular games you can make money on those clicks, too. Twitch is owned by Amazon, so those links will be to an Amazon game purchase.

If visitors to your channel are using ad-blockers, aren’t watching the ads that play and aren’t clicking on any referral links you’ll have a much harder time making money on Twitch.

In addition to advertising revenue, there are other ways you can make money on Twitch. Once you have an established brand and a sizable following, brands may start coming to you with sponsorship offers. They may offer you free games or equipment, and if you’re lucky they may even offer payment. Once you reach a high level of Twitch success you may want to hire an agent to help you negotiate these deals.

Once your following grows you can also sell merchandise, independently or through the Twitch Partnership Program (more on that below). As mentioned, you can also get brand deals from video game publishers/developers who will pay you to play, promote and discuss their games. (It’s a good idea to disclose those deals when they happen so that your viewers retain their trust in your channel and to cover your legal bases).

You can also make money on Twitch by getting donations from your fans and subscribers. You’ll have to enable this feature on your channel, and generally broadcasters use PayPal to process viewer donations.

OK, so we’ve covered the basics of Twitch. With a sizable following you can apply for the Twitch Partner Program. That lets viewers subscribe to your channel, earning you money in the process. Again, you’ll share revenue with Twitch, but when you have subscribers you make money each month, whether or not those subscribers view videos and ads. As a partner, you also have access to help with starting a merchandise campaign, plus more control over video quality.

Of the site’s over 8.4 million active streamers, around 27,000 are partners. Those are pretty tough odds, but Twitch gives guidance to potential applicants. The site says it’s looking for broadcasters who “engage their chat, develop strong communities, and find creative ways to stand out from the crowd.”

According to the Twitch partnership application page, the company evaluates applications for partnerships on a case-by-case basis. However, all  partners must conform to Twitch’s Terms of Service, Community Guidelines and DMCA Guidelines. DMCA stands for the Digital Millennium Copyright Act. 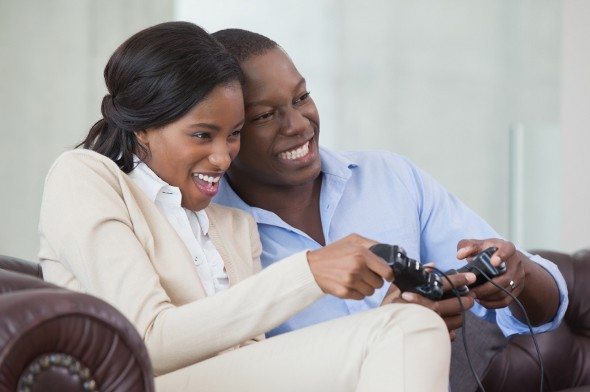 The whole live streaming of video game playing thing got off to a strong start on YouTube. But many gamers have migrated from YouTube to Twitch. If you already have high viewership on YouTube, you don’t have to start from scratch when you join Twitch. You can apply for the partnership program fresh from YouTube, without a streaming history on Twitch.

If playing video games is something you love doing in your spare time, it’s possible you could leverage that hobby into some side income. Of course, a lucky few gamers make money exclusively from their game play and become international sensations.