Will You Owe the Alternative Minimum Tax? 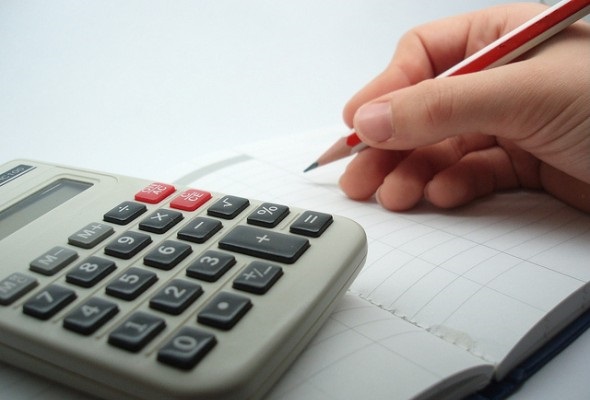 Established in 1969, the Alternative Minimum Tax was originally intended to prevent wealthy Americans from shortchanging the federal government at tax time. Generally, taxpayers can take advantage of credits and deductions to reduce their tax liability and lower their taxable income. The Alternative Minimum Tax comes into play once your income reaches a certain limit. While the tax was permanently indexed for inflation in 2013, millions of Americans may still find themselves getting hit with the AMT this year. If you’re worried you may have to pay, here’s what you need to know.

How the Alternative Minimum Tax Works

The Alternative Minimum Tax is a parallel tax system that operates separately from the regular tax laws. The AMT system expands the amount of income that’s subject to tax by excluding certain deductions and exemptions you would normally be able to claim. While you can still claim deductions for things like mortgage-interest and charitable donations, you won’t be able to deduct things like state and local taxes, property taxes or child tax credits.

Since your ability to claim certain tax breaks is limited under the AMT, your taxable income ends up being much higher. While the maximum tax rate is capped at 28%, which is lower than the highest 39.6% tax bracket allowed under the regular system, you still end up paying more because more of your income is subject to the tax.

Generally, you’ll only be subject to the AMT if your taxable income is more than the AMT exemption limit allowed for your filing status. The exemption amounts for the 2013 tax year are $51,900 for single filers, $80,800 for married couples filing jointly and $40,000 for married couples who file separate returns. If you have to pay, you can deduct the AMT exemption but it’s reduced by 25 cents for every dollar of taxable income you have above a certain limit.

For 2013, the income thresholds are $153,900 for married couples filing jointly, $115,400 for single filers and $76,950 for married couples who file separately. Once you’ve deducted the value of the exemption, the remaining taxable income is subject to the 28% AMT rate. The good news is you may be able to qualify for a minimum tax credit, which allows you to claim a credit in future years for the additional tax you paid under the Alternative Minimum Tax guidelines.

There are a number of factors that may influence whether or not you’ll be on the hook for the Alternative Minimum Tax, including your income, filing status, the types of deductions you claim and the number of dependents you have. For example, married couples who earn above average incomes tend to be more at risk, especially if they own a home and have multiple dependents.

You’re also more likely to pay the AMT if you live in a state that has a high income tax rate or if you normally claim a deduction for medical expenses. Other things that could potentially trigger the Alternative Minimum Tax include high deductions for unreimbursed business expenses, substantial gains from investments, exercised stock options or lots of smaller write-offs that significantly reduce your taxable income.

Low to middle-income taxpayers typically won’t have to worry about the AMT since it tends to affect those with incomes above $200,000. If, however, you’re on the lower end of the income scale and your total deductions and exemptions are close the Alternative Minimum Tax exemption for your filing status, it’s worth it to run the numbers so there won’t be any surprises when it’s time to file. You can use the IRS AMT Assistant to figure out whether you’ll owe the tax.

While you won’t be able to do anything about your Alternative Minimum Tax liability for this tax filing season there are some things you can do to plan ahead for next year. Generally, you want to look for opportunities to reduce your year-end adjusted gross income to keep your tax liability down. The lower your income, the bigger your AMT exemption will be which could keep you from having to pay the tax.

Some of the things you may want to consider include chipping in money to a traditional IRA, since these contributions are tax deductible. You can also lower your taxable income by maxing out contributions to your employer’s retirement plan or flexible spending account. If you’re self-employed or own a business, deferring part of your income and prepaying expenses for the next year are also smart strategies for reducing your AGI. The more proactive you are now, the better off you’ll be when tax season rolls around again.