Where Retirees Rely Most on Social Security – 2021 Edition 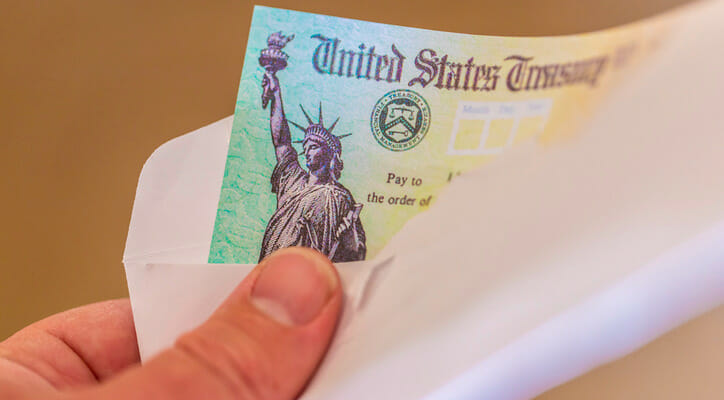 Social Security is a financial safety net for millions of retired Americans. Founded in the aftermath of the Great Depression, this social insurance program was designed to pay out monthly income for workers after reaching full retirement age. But for most people today, the money provided by Social Security is not enough to live on during retirement. More than 64 million beneficiaries will see an increase of 1.3% in 2021, which translates to a modest raise of $20 a month. This means that average benefits total just $1,543 per month, compelling many Americans to supplement that income with pensions, 401(k) plans and other retirement savings programs. Keeping this in mind, SmartAsset analyzed data from top U.S. cities with the largest populations aged 65 and older to identify where retirees are the most dependent on Social Security.

To do this, we took the average total retirement income and the average Social Security income from the 100 U.S. cities with the largest 65-and-older populations and found out where Social Security makes up the biggest percentage of total retirement income. For details on our data sources and how we put all the information together to create our final rankings, check out the Data and Methodology section below.

This is SmartAsset’s 2021 edition of our study on the cities where retirees rely most on Social Security. You can read the 2020 edition here. 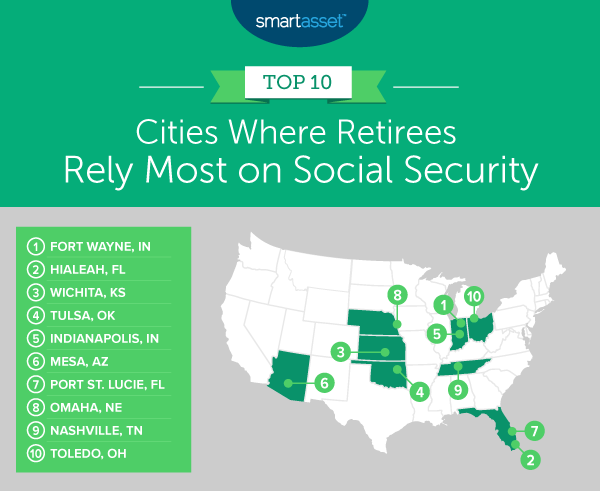 Indianapolis has more than 105,000 residents older than age 65, the largest population of retirees in the top 10 of this study. Those retirees have a combined average retirement income of $40,991. Social Security makes up 46.36% of that income, averaging $19,005. 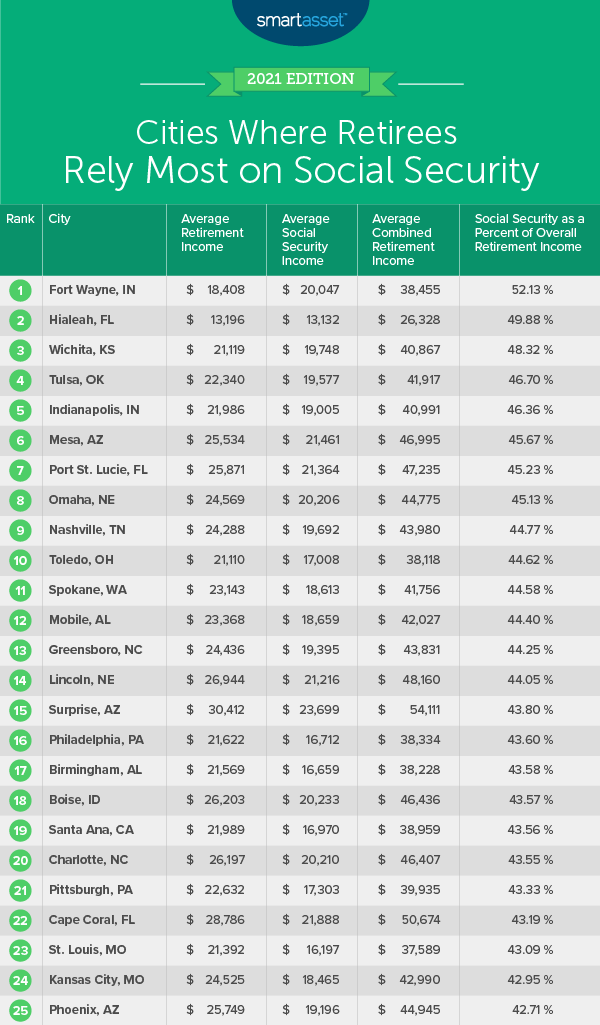 To find the places where retirees rely most on Social Security, we examined data for the 100 cities with the largest population of residents aged 65 and older. Specifically, we looked at the following two metrics: