The 10 Best Places to Retire in Wyoming 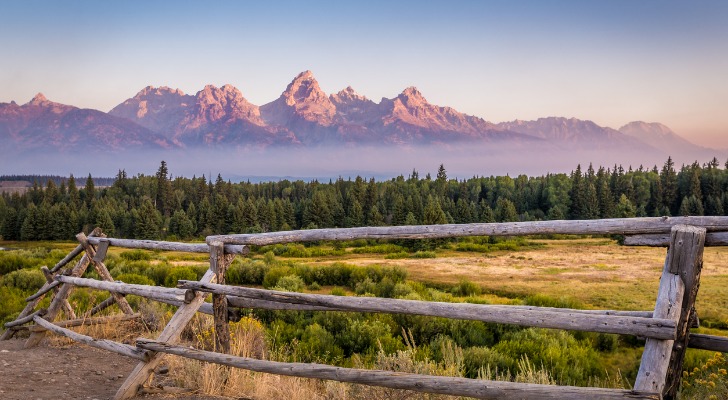 If your dream retirement involves small town living and wide open spaces, then a Wyoming retirement could be right up your alley. The places listed below are some of the top places to retire in Wyoming, and all performed fairly well in our national ranking of the best places to retire. Wyoming may lack a sprawling urban metropolis and sandy beaches. However, the state is filled with interesting history and plenty of room to spread out.

Do you need help building a retirement plan for the future? Speak with a financial advisor today.

Cody is our best place to retire in the state of Wyoming and the 74th ranked place to retire in the country. The town of roughly, 9,800 people is located close to Yellowstone National Park in the Northwest corner of the state. Its place atop this list is most likely due to its low tax burden of 12.8% and its senior percentage of 19.5%, higher than any other city on the list. It also boasts 3.9 medical centers per 1,000 residents, good for third-highest. Finally, it has 3.39 recreation centers per 1,000 residents, the second-highest mark on this list.

The second-highest ranked town in the state is the town of Lander. A small town in central Wyoming, Lander had roughly 7,600 people, according to the most recent census. While its tax burden of 13.7% is in the middle of the road among the communities listed here, Lander has the most retirement communities per 1,000 residents of any town listed here. It also has 5.41 medical centers per 1,000 residents, which is the second-highest figure we’ll see on the list. Like many towns in Wyoming, Lander is home to several museums that highlight the history of Western pioneers.

Powell, Wyoming is one of the smallest towns we’ll see on this list, with only 6,400 residents as of the most recent census. Its 12.8% tax burden is the lowest of any town in the top 10, tied with No. 1 Cody. Powell is consistently high in the rest of the categories we measured as well. The town is 17.3% seniors, and it has an impressive number of recreation centers for its size, with 0.94 per 1,000 residents.

Jackson is the second Yellowstone-adjacent city to arrive on our list. Roughly the same size as Cody, its population was around 10,500 at the last census. Jackson has the highest number of medical centers per 1,000 residents at 6.6 and the highest number of recreation centers per 1,000 at 6.21. You’d think those kind of metrics would push it higher up the list. However, Jackson struggles in a couple of other categories, leading to its position in fourth place. The town has no retirement communities at all, and its senior percentage is only 6.0%, the lowest figure among these 10 cities. 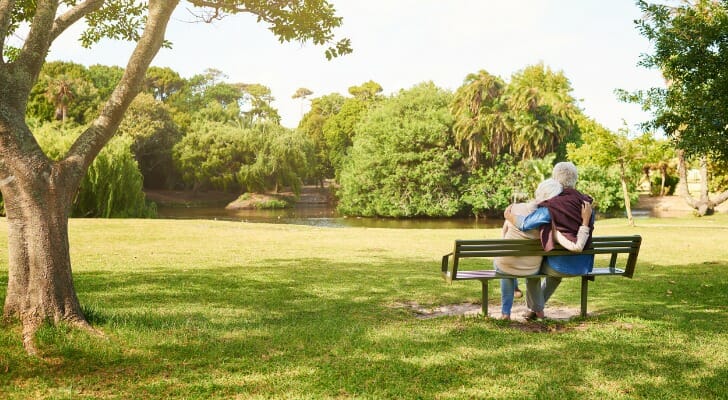 Worland, Wyoming is located in the north-central region of the state. Its population at the most recent census was around 5,500, making it the smallest town in our top 10. Its fifth place standing makes sense, as it ranks in the middle of the road for most metrics we measured. A 13.7% tax burden is about average among the towns listed, as is Worland’s 1.11 recreation centers per 1,000 residents and its 17.5% senior percentage. Its 1.85 medical centers per 1,000 residents is low, the only category in which it suffers.

Casper is the second largest city in Wyoming behind Cheyenne. With roughly 59,000 people, it’s the largest city on this list. Its retirement communities per 1,000 residents is on the lower end at 0.10. However, that’s a bit misleading since Casper is so much bigger than the other nine towns on this list. Despite its low ranking, the city actually has the most retirement communities among these cities, and Casper isn’t so big that these communities will be overly crowded. Casper has a senior percentage of 12.7%, which is on the lower end of this spectrum. It’s decidedly in the middle on most of the other categories.

The seventh-highest ranked town in Wyoming is the centrally-located town of Riverton. Home to roughly 10,000 people, Riverton is the second of three cities on this list with no retirement communities. It makes up for this deficiency with a high number of recreation centers per 1,000 residents (1.01) and a decent number of medical centers per 1,000 residents (2.20). Its senior percentage of 16.3% is on the lower end, but only slightly. Riverton is also home to a regional airport that offers flights to Denver. This makes it easy to get away for a few days.

Located on the northern edge of the state is Sheridan, just a 30-minute drive from Montana. With a population of around 17,400, Sheridan is the second-largest town on this list, and it also offers flights to Denver out of its small airport. With a tax burden of 14.6%, Sheridan ties with Jackson for the highest mark. It makes up for that, however, with a senior percentage of 18% and 2.59 medical centers per 1,000 residents, both of which are just slightly on the higher end of the spectrum. Sheridan is also conveniently just off of Interstate 90. This makes for an easy drive to larger cities like Casper or Billings, Montana.

Torrington, Wyoming is a town of about 6,500 people in the southeast corner of the state. It’s about 85 miles from the state capital of Cheyenne. The town has the second-highest senior percentage among these towns at 19.3%, but its other statistics place it firmly on the lower end. Torrington’s 0.74 medical centers per 1,000 residents is the lowest figure of any town listed. Its 0.45 recreation centers per 1,000 is also the second-lowest. It’s also the third town on this list to have zero retirement communities. 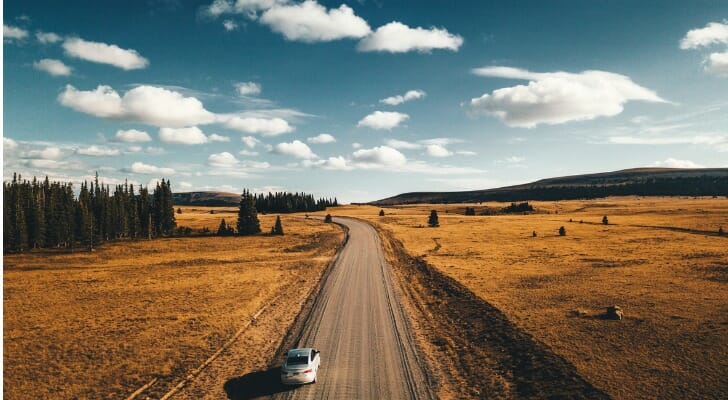 Located in the very southwestern tip of the state, Evanston is much closer to Salt Lake City, Utah than it is to any major Wyoming city. The town had a population of about 12,300 at the last census. That makes it one of the larger towns on this list, but not by much. Evanston has the lowest number of recreation centers per 1,000 residents on this list at 0.41. Further, its senior percentage of 10.8% is the second-lowest of any on this list. Luckily, Interstate 80 runs right through the middle of the town. This means it’s easy for you to drive about 90 minutes to Salt Lake City if you need anything that a bigger city can offer.

How We Determined the Best Places to Retire in Wyoming

To determine the best places to retire in Wyoming, we examined a few different factors. First, we looked at the tax burden, determining how much of your retirement savings would have to go to taxes every year. Access to quality medical care becomes even more important in retirement, so we also considered the number of medical centers per 1,000 residents in each location. We examined the number of recreation centers and retirement communities as well. This is because many seniors look to find a community of fellow retirees when moving to a new home. Finally, we looked at the percentage of senior citizens in each community. We combined all those factors and came up with an index to rank the cities both nationally and in each state.

No matter where you plan to retire, make sure you spend ample time planning your finances. The last thing you want is for your money to run out too early in retirement, regardless of if Wyoming has a fairly low cost of living. Be sure to account for all of your debts and assets, including retirement accounts, brokerage accounts, annuities, life insurance policies and more.