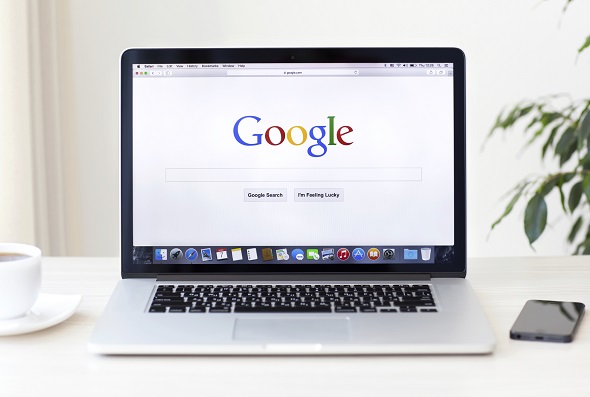 Google search traffic has been shown to be a useful tool for measuring the interests and concerns of the general public. For example, it has been used to predict both unemployment claims and retail sales. Recently it has also been used to forecast election results with greater accuracy than many electoral prognosticators.

At a less scientific level, entering a query such as, “why am I so…” and scanning the suggested searches can give you an interesting, if sometimes troubling, window into the human psyche.

At SmartAsset our mission is to help people navigate difficult financial decisions by providing accurate and personalized advice on issues such as life insurance, taxes and retirement. These are among the most important and complex questions that we face. They are also among the most-googled.1

So which financial matters are receiving the most interest across the country? We looked at Google trends (which tracks the relative search volume across regions and time periods) to find personal finance terms that receive disproportionate interest in each state. We queried over 300 terms, looking specifically at 2015 search traffic. The map below shows terms that residents of each state searched for the most, relative to other states.2 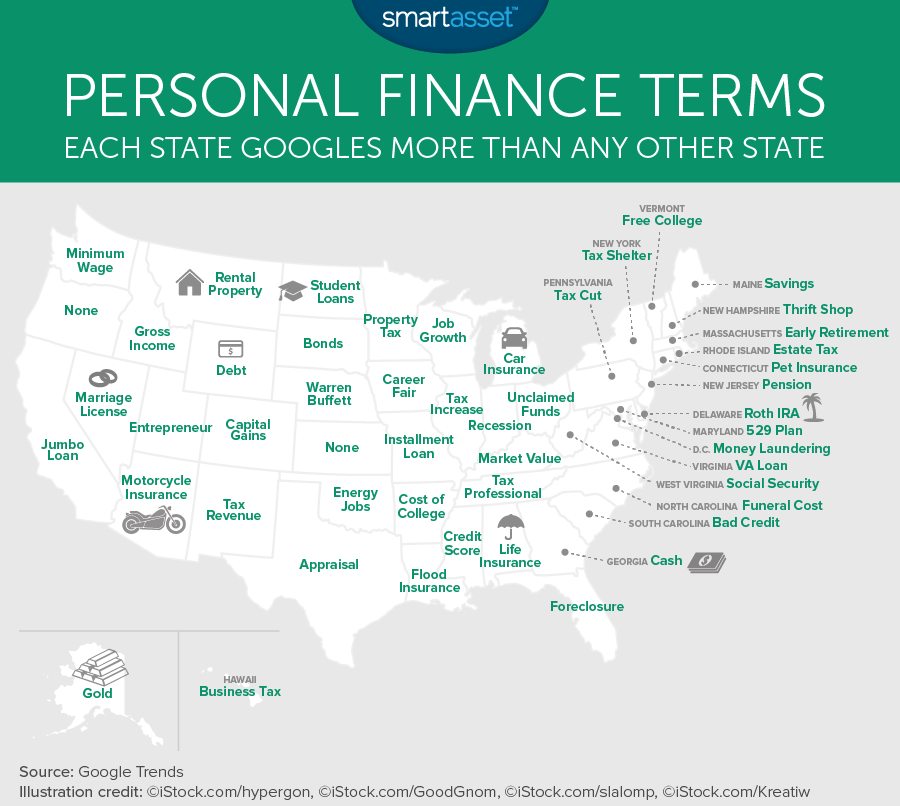 In other cases, the demographic and economic conditions of a state may explain the term it searches for. Examples of this are “marriage license” in Nevada and “flood insurance” in Louisiana. Many of the phrases we dug up don’t lend themselves to an easy explanation, however. Why, for example, does North Carolina google funeral cost more than any other state? 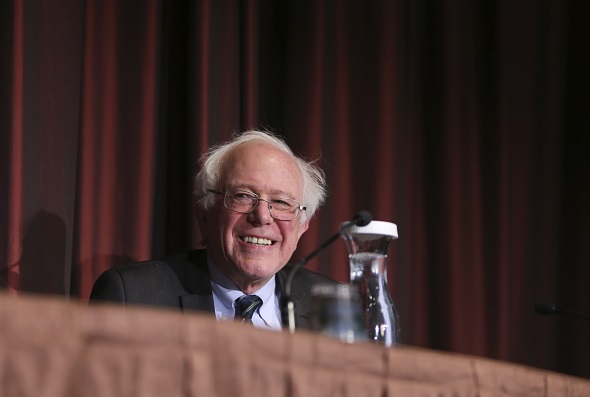 These two states didn’t rank first for any of the more than 300 terms that we queried. Likewise, while Nebraska does rank first in searches for the billionaire investment genius Warren Buffett, it didn’t rank for anything other than the long-time resident of Omaha. What gives? If you find a term on google trends that one of these states leads for, send us an email at blog@smartasset.com and we’ll add it here. (Note: make sure to set your time range to 2015 only.)

1. How important are financial matters in the minds of the searching public? Phrases such as life insurance, retirement and taxes receive many times more searches on average than the “Yankees,” the most-searched-for professional sports team.