Where Women Are Buying Homes – 2021 Edition 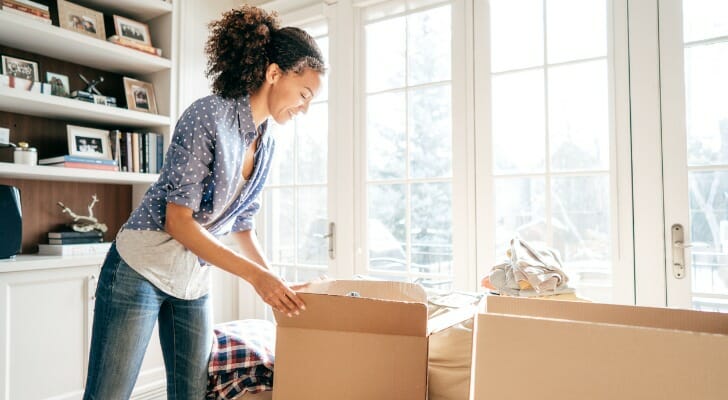 A National Association of Realtors report shows that single females accounted for 18% of home purchases in 2019 (whereas single males made up only 9% of purchases in the same year). Within two age groups – 54-63 years old and 73-93 years old – single women represented a higher percentage of total home buyers (25%).

In this study, SmartAsset took a closer look at where those women were buying homes the most. Using 2019 data from the Consumer Financial Protection Bureau (CFPB), we compared the number of approved mortgages for women with the number of approved mortgages for all homebuyers in almost 400 U.S. metro areas. For details on our data sources and how we put all the information together to create our final rankings, read our the Data and Methodology section below.

This is SmartAsset’s 2021 study on where women are buying homes. Check out the 2020 version here. 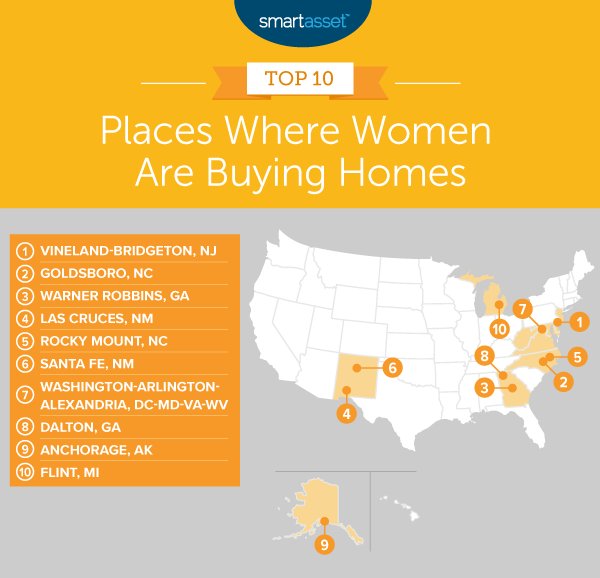 The Vineland-Bridgeton, New Jersey metro area claims the top spot out of all 395 metro areas in our study. In 2019, 32.23% of all new mortgages were owned by women homeowners. Specifically, women without co-signers took out 39 out of 121 total mortgages that year.

Data from 2019 shows that women homeowners took out 82 out of total 273 mortgages in Goldsboro, North Carolina. This means that 30.04% of mortgages were approved for women without co-signers.

The Warner Robbins metro area is located roughly two hours southeast of Atlanta, which ranks in the top 10 of SmartAsset studies on the cities where women are most successful and the best places for women entrepreneurs. The metro area had 454 total mortgages approved in 2019, and women without co-signers took out 136 of them.

The Rocky Mount, North Carolina metro area had 28.99% of its mortgages approved for women homeowners in 2019. CFPB data reveals that 120 out of 414 mortgages were taken out by women without co-signers.

In 2019, women represented 28.94% of all those approved for mortgages in the Santa Fe, New Mexico metro area. Of the total 463 mortgages approved, 134 were for women without co-signers.

Dalton, Georgia claims the eighth spot out of all 395 metro areas in our study. In 2019, 30 approved mortgages were for women without co-signers, making up 27.78% of the total. 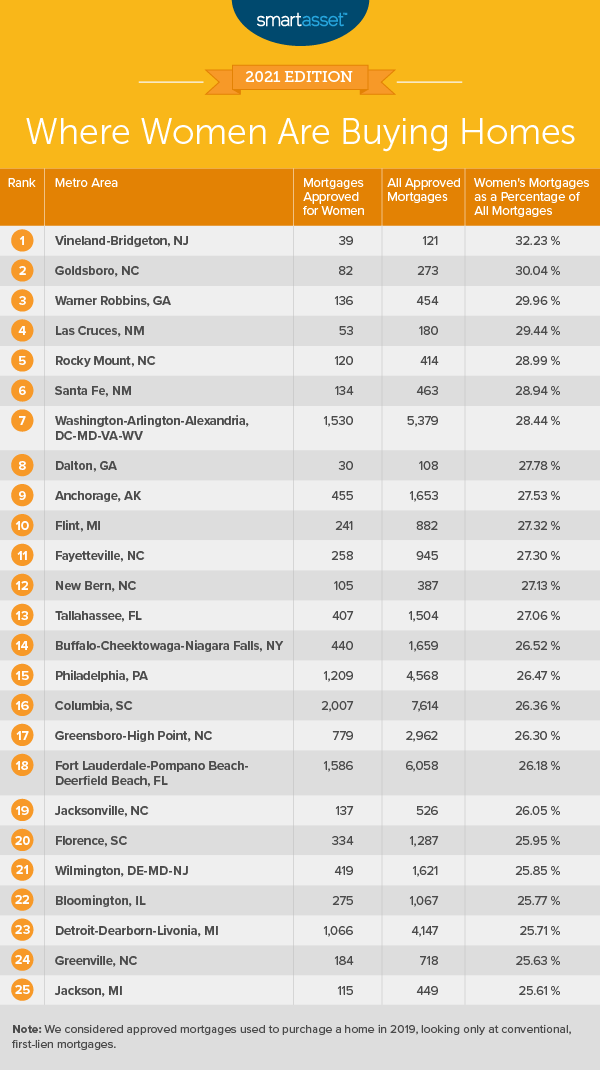 To find the places where women are buying the most homes, we looked at data for 395 metro areas and compared them across the following two metrics:

Data comes from the Consumer Finance Protection Bureau’s Home Mortgage Disclosure Act database. For each metric, we counted only mortgages that were used to purchase homes rather than refinance an existing mortgage or those used for home improvements. We also only included conventional, first-lien mortgages. To isolate homes bought by single women, we analyzed home loans secured by women without a co-signer.