Where Are Millennials Buying Homes? – 2020 Edition 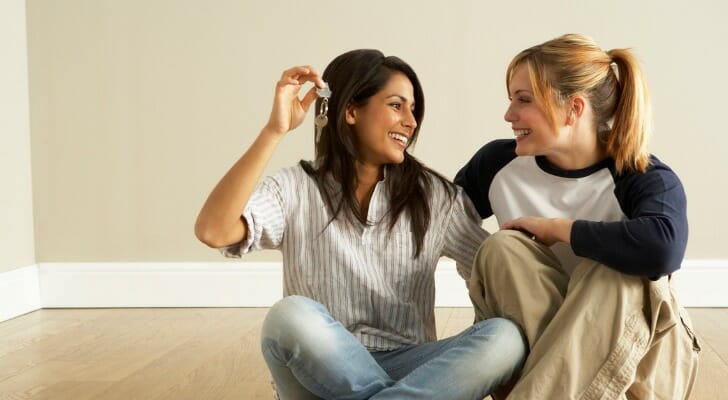 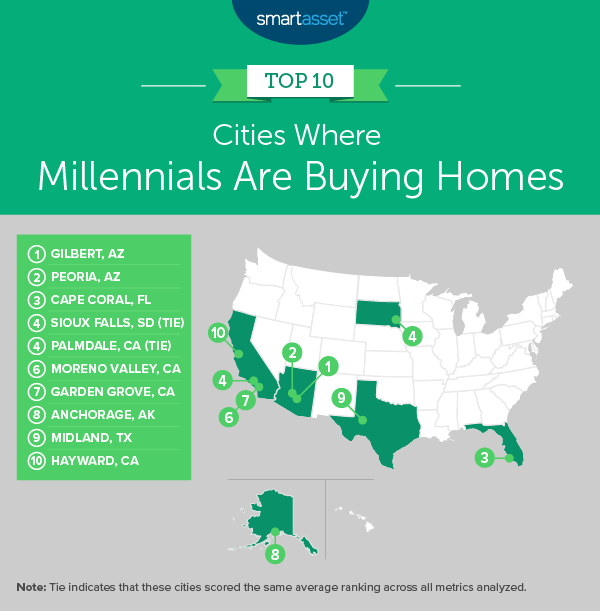 Over the past year, millennials in Gilbert, Arizona have increasingly bought homes. Census data from 2017 shows that millennials had a homeownership rate of about 51% while more recent data from 2018 shows that the homeownership rate for residents younger than the age of 35 was 56.56%, the third-highest of all 200 cities in our study. As a result, Gilbert moved up significantly from its ranking in last year’s study, where it did not make it into the top 25. Beyond ranking third for its high rate of current millennial homeownership, Gilbert has the second-highest 10-year change in under-35 homeownership rates, with a 9.17% increase between 2009 and 2018.

About six in 10 millennials in Peoria, Arizona own a home, the highest rate of 2018 millennial homeownership in our study. Additionally, the metro area has the fifth-highest increase of under-35 homeownership over the past 10 years across all 200 metro areas overall. Between 2009 and 2018, the homeownership rate for households headed by someone under the age of 35 rose by 8.46%.

Cape Coral, Florida is home to many millennials who are choosing to buy rather than rent. Millennials had a 2018 homeownership rate of 55.81%, the fourth-highest of any city in our study. Additionally, data from the past 10 years shows that homeownership rates for residents younger than 35 are trending upward, rising by almost 9% between 2009 and 2018.

Palmdale, California ties with Sioux Falls for the No. 4 spot in our study on where millennials are buying homes. Over the past 10 years, homeownership rates for people in Palmdale who are younger than 35 have increased by 10%, the highest uptick of city in our study. Palmdale also ranks in the top 10% of cities for its current millennial homeownership rate, 45.71%.

Home values are the highest in Hayward, California of any city in our top 10. In 2018, the median home value in Hayward was $638,600, the 19th-highest of all 200 cities in our study. However, despite cost, the homeownership rate for residents younger than 35 has increased by 4.10% over the past 10 years, the 13th-highest uptick overall.

To find the cities where millennials are buying homes, SmartAsset examined data for 200 of the largest cities in the U.S. We considered two metrics: