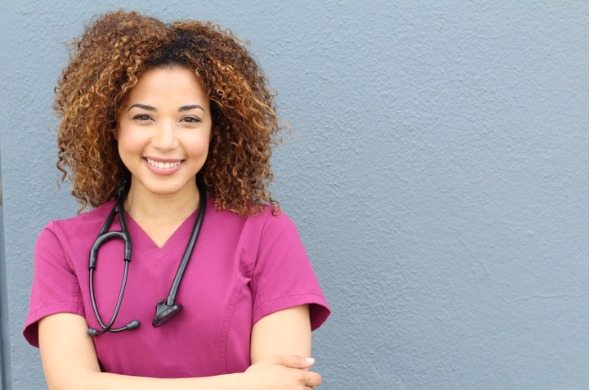 Nursing is one of the fastest-growing occupations in the country, according to data from the Bureau of Labor Statistics. But in some places that growth is higher than in others. Additionally a nurse’s salary stretches further in some places than others. Below, SmartAsset analyzes data on earnings, housing affordability and job growth to find the best places to be a nurse.

Buying a house? Check out the latest mortgage rates here.

In order to find the best places for nurses, we analyzed data on six metrics. We looked at data for 1-year employment growth, 5-year employment growth, 1-year income growth, 5-year income growth, the percent of the workforce who are nurses and the income after housing for nurses. Check out our data and methodology below to see where we got out data and how we put it together.

This is SmartAsset’s third annual study of the best places to be a nurse. Read the 2016 study here. 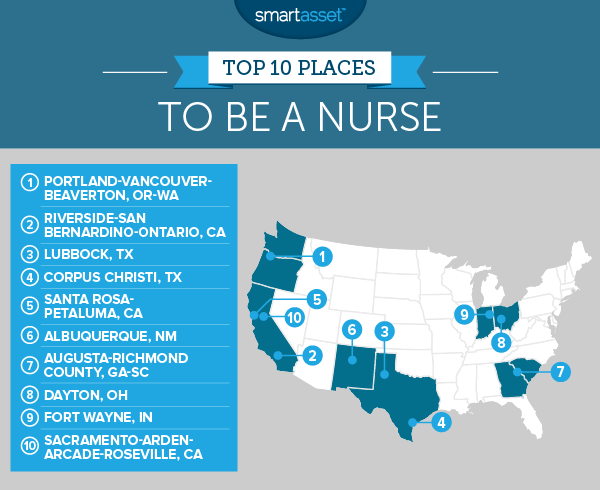 This metro area, which straddles the Washington-Oregon border, is a great place to be a nurse. According to our data, only about 2.2% of all workers in this metro area are nurses, a relatively low score. But for the people who are nurses, things are looking up. From 2011 to 2016 to the number of nurses in the area shot up over 26% and just from 2015 to 2016 the number of nurses grew 11.8%.

While the growing number of nurses is a good sign for job security, incomes are also important. According to our data, nurses earn $71,600 in income after accounting for average housing costs. In that metric this metro ranks 10th.

Riverside-San Bernardino-Ontario ranks second. From 2011 to 2016, nurses here received an average raise of just under 19%. That means nurses in only three metro areas in our study saw their incomes rise faster over that time period.

Another plus is that most of that income does not go to housing. Our data suggests that on average nurses should have about $70,000 in income after housing costs. Nurses here can get a head start on saving for retirement with their extra funds.

Unfortunately Lubbock nurses have the second-lowest median income after housing costs in the top 10. Texas’ high property tax rates may play a role in that.

Corpus Christi has shot onto the nursing scene in recent years. Our data shows that from 2015 to 2016, there was a 15% growth in the number of nurses.

Nurses here may not get paid as much as their colleagues in California, but they do benefit from lower income tax rates. Our data shows that after paying for housing, including costs like property taxes, nurses in Corpus Christi have about $56,000 in average income.

Nurses in Santa Rosa-Petaluma earn $77,500 in income after housing costs, on average. That’s the eighth-highest in this study. There are some hints that this income figure may continue to rise. Over the 2015 to 2016 period, nurses saw their average earnings rise by almost 7%. That’s solid income growth for just one year. In this metric the metro ranks fifth.

Of course, taking a job in Santa Rose-Petaluma means having to contend with the high costs of living in California.

Around 2.9% of all workers around Albuquerque are nurses. While that may not seem like a particularly high figure, it’s expected to grow. Just from 2015 to 2016, the total number of nursing jobs in the area grew by 8.5%.

That increased demand for nurses means they can negotiate for higher wages. From 2015 to 2016, the average nurse in the Albuquerque area received a 4.7% increase in wages.

The best place for nurses in the southeast is located in the Augusta-Richmond metro area. This area between Georgia and South Carolina is home to one of the highest concentration of nurses. Just under 4.1% of all workers in this metro are in the nursing industry. That means about one in every 25 people you meet in Augusta is a nurse.

Like Augusta, Dayton is full of nurses. Around 3.97% of all employed people in Dayton are nurses, the seventh-highest rate in our study. One reason our data shows that Dayton is a good spot for nurses is the uptick in wages. According to Bureau of Labor Statistics data, from 2015 to 2016 Dayton nurses got a raise of 4.9%, on average. That’s a top 10 rate.

One drawback is that nurses in Fort Wayne have the lowest income after housing in the top 10. But, the median income may be on the rise. From 2011 to 2016, the average Fort Wayne saw annual income rise by about 11.6%.

Demand for nurses around Sacramento is exploding. According to our data, there has been a 20% increase in the number of nursing jobs in this metro area from 2011 to 2016. Nurses here do well for themselves economically speaking. We estimate that nurses earn $91,000 in income after housing costs.

One concern for nurses however is that their median incomes actually dropped slightly (by 0.4%) from 2015 to 2016. 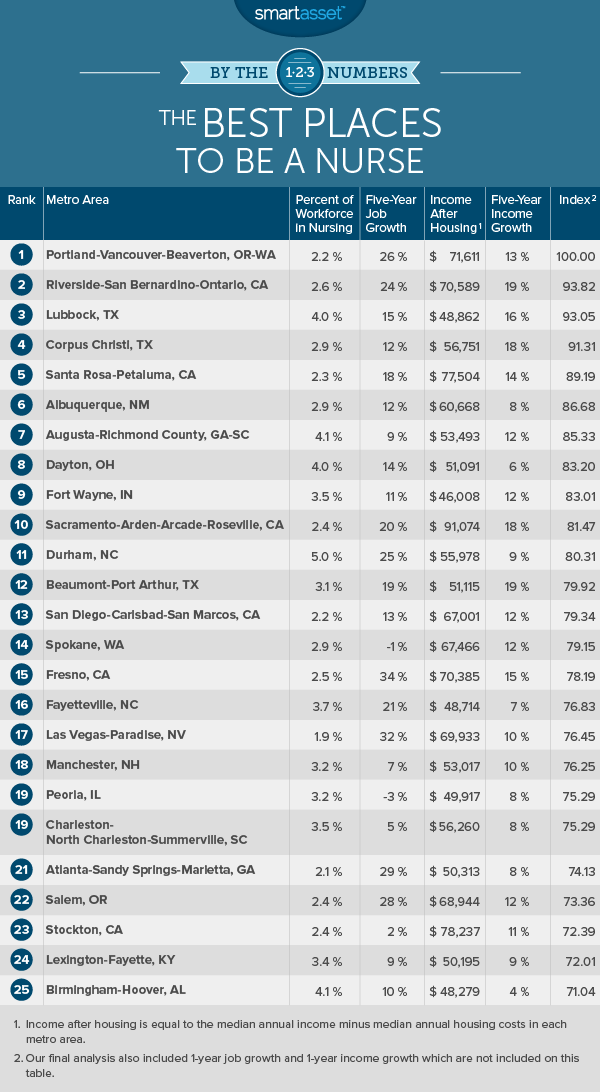 In order to find the best places for nurses we analyzed data for 147 metro areas with a population of at least 300,000. Specifically, we looked at data for the following six metrics:

Tips for Making the Most out of Your Savings