Places Where It Pays off to Commute 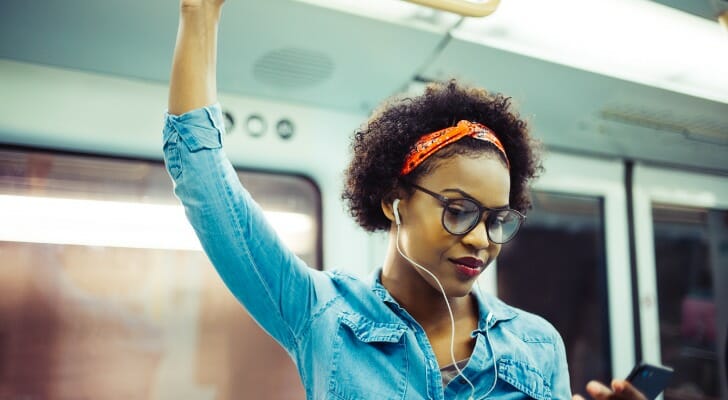 Most people are faced with a trade-off when choosing where to live. You could move closer to the city center where most of the jobs are but face a more expensive mortgage and more cramped housing options or move outside of the city and enjoy more space but endure a longer commute. For every city and metro area, the math breaks down a little bit differently. In some city centers the cost of living is not much higher than the outlying metro area while some outlying metro areas have excellent commute options.
To make sense of this issue, SmartAsset analyzed data to find the places where it pays off the most to commute. We compared metro areas to their principal cities across five different factors. Specifically, we looked at the difference in housing costs, commute times, property taxes, home value change and the odds of a long commute. Check out our data and methodology below to see where we got our data and how we put it together. 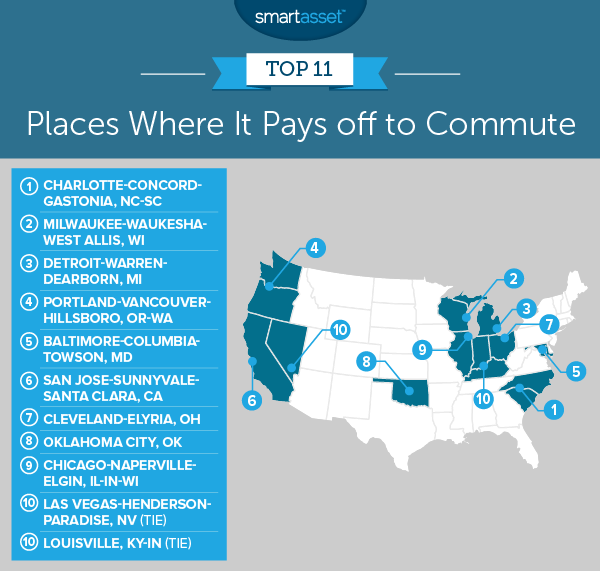 According to our data, the Charlotte-Concord-Gastonia, North Carolina-South Carolina metro area is the most affordable one for commuters. Census Bureau data shows that you can save about $1,200 per year on average by living outside of the city of Charlotte but within the Charlotte metro area.

It is not just affordable housing that can be found in the Charlotte metro area, the long-term costs of homeownership are also lower than in the city. According to our data, property taxes in the outlying Charlotte area cost about 0.2% less per year than property taxes in Charlotte. For both of those metrics, this metro area ranks in the top 10.

For residents around the Milwaukee-Waukesha-West Allis, Wisconsin area, it pays off to commute. According to our data, property taxes on average are much lower outside of the city. In total the average homeowner in the metro area pays 0.8% less per year in effective property tax than residents living in the city of Milwaukee.

On average, homes in Detroit are affordable relative to the commuter cities and suburbs outside of it. However that is about the only cost commuters would be saving if they decided to live in Detroit vs. outside of the city. Our data shows that property taxes are nearly 2% lower on average outside of Detroit compared to inside the city proper.

Plus, homes values are appreciating much slower in the city compared to the metro area. The Census Bureau estimates that Detroit metro area home values appreciated over 4% faster from 2015 to 2016 than home values in the city did.

If you are thinking about living outside of Portland and commuting, our data suggest it could be worthwhile. First of all, you could save on housing. According to our data, the Portland metro area ranks in the top 10 for amount of money saved by moving to the outlying metro area.

Commuters have a lot to gain by choosing to live outside of Baltimore. Our research shows the homes outside of Baltimore are appreciating faster than those inside the city, plus the long-term cost of homeownership is also lower. Effective property tax rates in the Baltimore metro area are nearly 1% lower on average than property tax rates in the city. For that metric, the Baltimore metro area ranks third.

San Jose-Sunnyvale-Santa Clara, California is a unique metro area. The average commuter actually spends less time commuting if they live outside of San Jose than inside of it. It ranks fourth in the study in this metric.

A concern for commuters, however, is the long-term costs. According to our data, commuters lose out on potential home value appreciation and pay nearly the same amount in property taxes.

Plus, commute times in the OKC metro area are only slightly longer than those in the city, meaning you won’t save much time by living downtown as opposed to in a nearby suburb. Commuters face a 22.5 minute commute on average, while those who live in the city face a 21.7 average commute.

If you are looking for a smooth commute, your chances of finding one in Chicago are pretty slim. On average, people living in the city of Chicago spend 70 minutes commuting to and from work, per day. Residents outside of Chicago actually spend less time commuting than those inside the city of Chicago. According to our data, the average commute is 3.2 minutes shorter for commuter residents than city residents.

The Louisville metro area rounds out ranking. This metro area has balanced scores across the board and does not rank below-average in any single metric. Residents who are looking to invest in the housing market will appreciate living in the greater metro area, thanks to the rising home values.

According to our data, the average home in the Louisville metro area increased in value 1.2% faster than homes in the city of Louisville.

In order to find the most affordable metro areas for commuters, we looked at data for 50 cities and metro areas. We compared them across the following five metrics:

Data for all metrics comes from the Census Bureau’s 2016 1-Year American Community Survey.