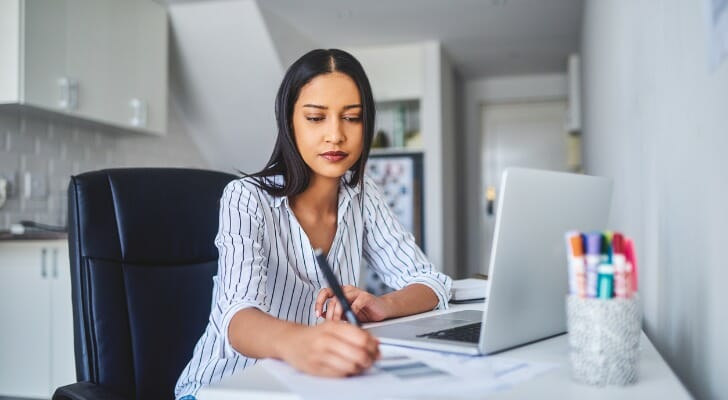 Where Americans in the early stages of their careers choose to live can have an outsize influence on their professional development and trajectory. After all, not all places offer the same opportunities and quality of life. That’s why SmartAsset analyzed data from various sources to find the cities across America that are the best for young professionals.

We considered 150 cities, comparing them across the following metrics: percentage of the population between 25 and 34, county level unemployment rate from May 2020, labor force participation rate for young professionals, median rent, cost of living, density of entertainment establishments, median earnings for full-time workers, four-year change in median earnings and median rent as a percentage of full-time workers earnings. For details on our data sources and how we put all the information together to create our final rankings, check out the Data and Methodology section below.

This is SmartAsset’s fourth study on the best cities for young professionals. Check out the 2019 version of the study here. 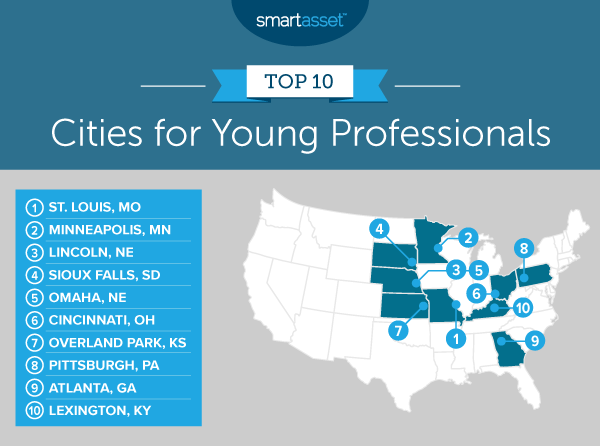 Topping this list is St. Louis, Missouri. The home of the Gateway Arch ranks fourth-best in our study for rent as a percentage of full-time workers’ earnings, at just 21.36%. That is the highest ranking for St. Louis in any individual metric, but the city does have two other top-20 rankings: it places 16th-best for its low median rent ($830) and 19th-best for its strong percentage of the population between 25 and 34 (20.12%). For young professionals in St. Louis who are ready to invest in property, it might be important to note that Missouri is also one of the cheapest states to buy a home.

Minneapolis, Minnesota comes in second and has one metric where it comes in first overall: a labor force participation rate of 92.2% for young professionals. The city also has the 11th-highest percentage of its population between 25 and 34, at 21.97%. Minneapolis is a relatively expensive place to live: The cost of living comes in at $21,603, which places 88th out of 150 in our study. But the city does still have a top-15 rank for median rent as a percentage of full-time workers’ earnings, at 23.29%, and a top-30 rank for 2018 median earnings for full-time workers, at $54,199.

Lincoln is the first of two Nebraska cities to make the top 10 of this study. It has the lowest unemployment rate of any of the cities we analyzed, just 5.0% in May 2020. Lincoln ranks seventh-highest for median rent as a percentage of full-time workers’ earnings, at 22.55%. It also ranks 16th-highest for four-year change in median earnings, with an increase of almost 20%. Furthermore, Lincoln has one of the youngest workforces in the country.

Sioux Falls, South Dakota ranks seventh-best in terms of its wide availability of entertainment options, with 2.80% of all establishments dedicated to entertainment. The city ranks eighth-highest for labor force participation rate for young professionals, at 90.3%. It also has the 11th-lowest median rent in the study, at $811.

The second city in the Cornhusker State on this list is Omaha, where the May 2020 unemployment rate of 6.3% ranks third-lowest in the study. Median rent in Omaha makes up 23.09% of median earnings, which is the 13th-best ratio overall. The population in Omaha isn’t as young as in some other cities – only 15.47% of the people are between 25 and 34, a rate that ranks 100th out of the 150 cities we analyzed.

Cincinnati, Ohio ranks fifth-lowest for median rent in the study – it costs on average just $745 per month. That also means that rent makes up a low percentage of median earnings – just 19.06%, the lowest ratio of all 150 cities for which we analyzed data. (Though if you think you’re ready to buy, it’s best to be certain.) Cincinnati doesn’t do as well for labor force participation rate for young professionals, finishing in the bottom third of the study at just 82.8%.

Overland Park, Kansas has a labor force participation rate of 90.8% for young professionals, the sixth-highest in our study. Median rent is 21.46% of median earnings, the fifth-best ratio overall. Overland Park also had a 2018 median earnings of $64,086, which puts it in 12th place among all the cities we compared.

Pittsburgh, Pennsylvania ranks 15th-best in terms of young population – 20.85% of the city is between the ages of 25 and 34. The Steel City also finishes in the top 20 in terms of median rent as a percentage of the median earnings for full-time workers, coming in 19th-lowest at 23.51%. Unemployment, however, is relatively high in the western Pennsylvania city: It had a May 2020 rate of 13.1%, placing it at 77th out of the 150 cities we analyzed.

Need some advice on your long-term financial plan? Take a look at our list of the top financial advisors in Pittsburgh here.

Atlanta, Georgia is one of only two Southern cities on this list. It has the 17th-highest percentage of its population being between 25 and 34, at 20.67%. Atlanta also ranks well for four-year change in median earnings, with an increase of 22.46%, the 11th-best rate for this metric in the study. Atlanta is an expensive place to live, though, and the city ranks 111th out of 150 for cost of living, at $23,309.

The final city on this list is Lexington, Kentucky. This area has an unemployment rate of 9.1%, the 17th-lowest of the 150 cities for which we looked at data. It ranks 20th-best for its strong entertainment density, with 2.00% of all establishments dedicated to entertainment. Lexington isn’t a particularly young city in terms of population, though. Just 15.35% of the population is between 25 and 34, ranking at 104th out of 150, or just inside the bottom third of the study. 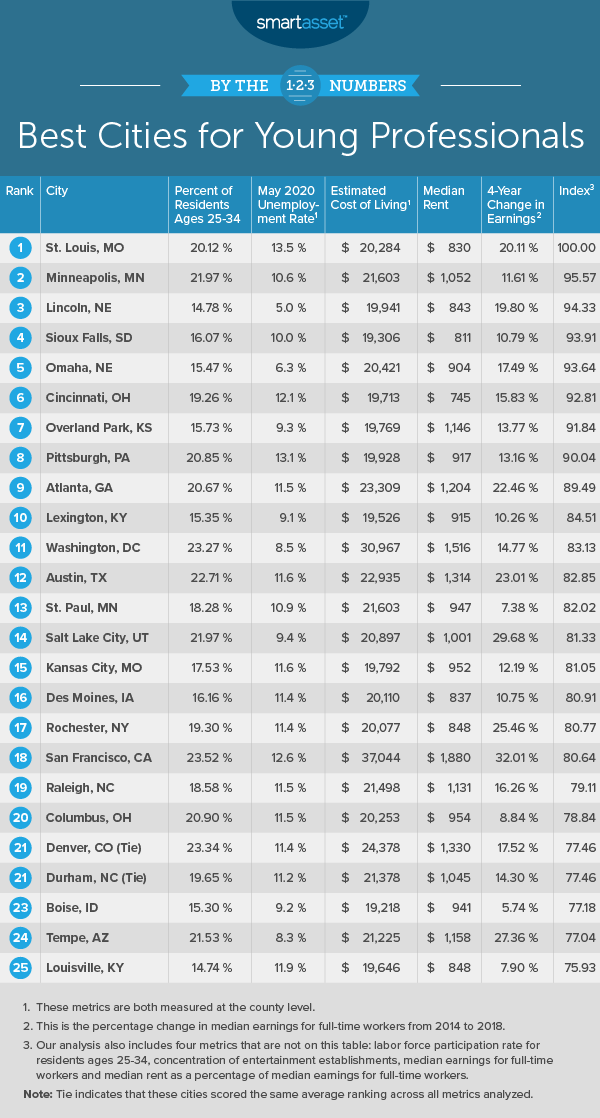