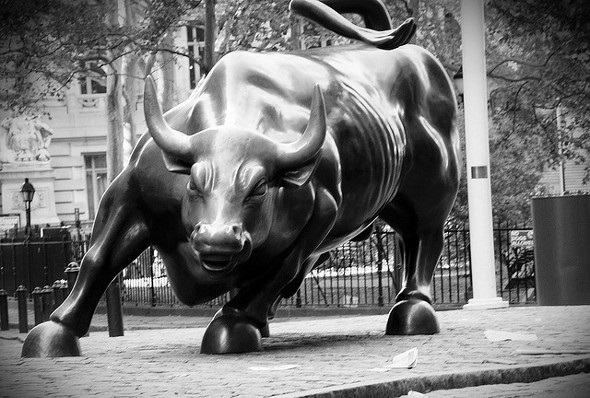 Bonds can help your investments maintain value in a financial downturn, but they likely won’t make you rich. Think about dipping your toe into bond investing? Or wondering what the point of the bonds in your portfolio is? Not worry. We’ve got you covered with our guide to the basics of bonds – and some of the many bond types out there.

A bond is like an IOU from a company or government. You buy one, the seller pays you interest, and you get your initial investment back when the bond matures. Many investors consider bonds to be the foil to stocks. In other words, a typical middle-aged person with a 401(k) probably wouldn’t want to invest only in one or the other. A bond is a slow-and-steady way to store money. It doesn’t carry the same potential for growth as a stock, but it’s also less risky.

If your entire investment portfolio is bonds, you’re likely not going to get rich, and you might not even beat inflation. But you also won’t see your investments wiped out. Most people find that a mix of stocks and bonds helps them manage their risk exposure while growing their money.

Also known as an “accrual bond,” a zero coupon bond is a bond that provides no interest payments. Instead, it pays off when it matures. The money a buyer receives is equal to the principal invested, plus the interest that has been compounding semiannually since the purchase date. Zero coupon bonds sell at a discounted rate, but are only for the patient.

A convertible bond is a corporate bond that can be “converted” into shares of the company. A bond is a loan to a company, whereas a share is a “share” of ownership in the company. When you convert from a bond to a share, you go from being a lender to the company to a part-owner of the company.

If all of a company’s bondholders converted their bonds to shares, the company’s debts to the bondholders would disappear, but the shares would be diluted. Convertible bonds generally offer lower yields because they come with the (potential) upside of conversion, so don’t have to offer high rates to attract buyers.

A callable bond is a bond that the issuer can redeem before the bond’s maturity date. When the issuer redeems the bond, they pay the face value of the bond, plus any earned interest and, sometimes, a call premium.

If you own Treasury bonds, you own debenture bonds. A debenture bond is a bond that has no physical collateral to back it. Instead, the bond is backed by the credit and reputation of the issuer.

Companies or governments that issue bonds are rated according to their credit rating – just like you have a credit score. The higher the credit of the issuer, the safer the bond is considered to be as an investment. Companies with bad credit may issue bonds, too, but these bonds have low ratings because of the risk that the issuer will default. Bonds of this type are known as junk bonds. The company or government might find itself unable to pay back the value of the bond or to keep up with interest payments.

Bearer bonds are a not-too-common form of bond in which the buyer (the bearer) owns the bond, rather than simply lending to the bond issuer. A bearer bonds comes with coupons attached. The bearer redeems those coupons for interest payments.

You can buy Treasury Bonds directly from the federal government. You can also buy other forms of individual bonds, from the issuer or from a broker. There are also bonds that re-sell on the secondary market.

Buying bonds from anyone other than the Treasury can come with transaction costs that range from modest to steep. Buying from a broker? You could pay a higher price that includes commission, even if the sale is described as commission-free. Likewise, if you buy on the secondary market, you could face higher prices that factor in transaction fees. Transaction fees stem from the “spread” on the bond, the difference between the price the dealer paid for the bond and the price it will command down the road.

Buying individual bonds can be expensive, and some sellers will require a minimum investment of, say, $5-10,000. Plus, you’ll be responsible for diversifying your own bond portfolio. One way around this, though, is to buy a bond fund.

With bonds, you won’t win any prizes for fastest investment growth. On the other hand, the value of your investments won’t take a nosedive in a recession, either. As you get closer and begin seriously planning to retire, you may find the low-risk characteristics of bonds increasingly appealing. Bonds are generally considered to be part of a balanced portfolio – you just probably don’t want to hang your financial hat on them.