Platinum vs. Gold Investment: Which Is Better? 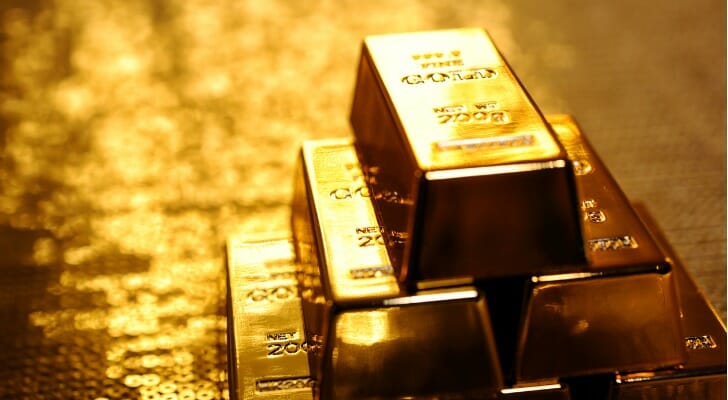 Most investors are familiar with traditional assets, such as stocks, mutual funds, bonds and exchange-traded funds (ETFs). But if you have the goal of diversification, you may want to look toward other investments. Platinum and gold are two precious metals and nontraditional assets that investors may use for financial benefits, such as hedging against inflation. Each one comes with unique advantages and disadvantages that makes them better suited for specific types of investors.

Consider working with a financial advisor as you decide whether precious metals should be part of your investment portfolio.

Popular culture often highlights gold as the most desirable metal. So, you might think that would make it a greater rarity compared to platinum. But, actually, platinum is around thirty times rarer than gold, according to the World Platinum Investment Council. Approximately 190 metric tons of platinum are mined worldwide annually, compared to the 3,300 metric tons of gold.

Platinum doesn’t have the same history as gold. However, it serves a variety of uses, partially due to its structure. It is highly dense but also very malleable, giving it value in industrial settings. So, you find it in the medical field, auto industry, aircraft industry, jewelry and other sectors.

Because of its applicability in a greater number of industries, platinum is driven more by industrial supply and demand, and platinum’s price fluctuates more often than gold.

You can trade in platinum physically, such as with coins, or you can turn to stocks, mutual funds or ETFs that platinum bullion. Alternatively, there are platinum options and futures on the New York Metals Exchange (NYMEX) as well.

Gold has a longstanding history of value, dating back to ancient civilizations. From as far back as the B.C. era to the U.S. gold standard, gold holds a place in our economic systems as well as popular culture.

But while gold formed the backbone of monetary systems before, it now fluctuates according to supply and demand. Gold also has industrial demand, like platinum, due to its use in electronics, dentistry and aerospace. But industrial applications don’t play as big a part in its price as is the case with platinum.

Instead, most of the demand for gold stems from jewelers and the investment sector. Investors use it to diversify when economic conditions take a downturn. So, prices go up when there is a slowdown or economic crisis based on investor sentiment.

Similar to platinum, you can invest in gold by buying it physically. That includes collectible coins or bullion from brokerages, coin dealers, precious metal dealers and occasionally banks. If you don’t want to invest physically, you can also purchase stocks, ETFs or mutual funds that invest in gold. There are also gold products on the NYMEX as well.

Investing in Platinum vs. Gold: Price and Liquidity 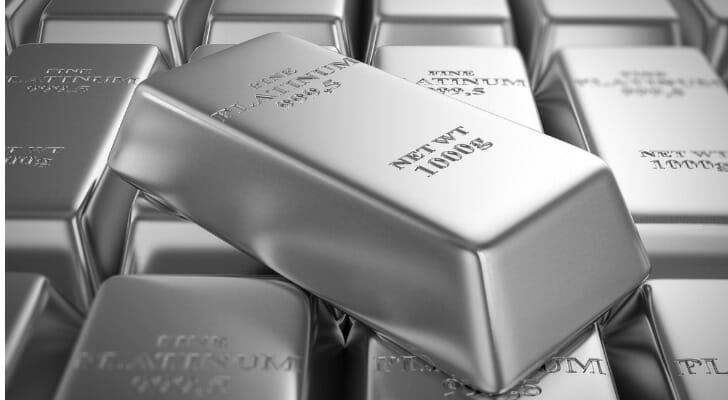 Over a 32-year span, there were a few historical instances where gold’s price per ounce outperformed platinum. The highest point was in the 1970s, largely due to stagflation, which is basically slow economic growth combined with inflation. However, there have been times where platinum held higher value. From 1987 to September 2008, platinum tended to trade at a higher price compared to gold. The price of gold per ounce only started exceeding platinum’s price following 2011.

The price differential between the two is an inter-commodity spread. So, gold sometimes trades at a premium to platinum and vice versa. This relationship helps investors understand market sentiment. Using the platinum/gold ratio, you can divide platinum’s price by gold’s price. The resulting ratio indicates whether platinum is a worthwhile investment. Anything greater than 1 means that gold is more expensive than platinum. But if the ratio is less than 1, gold is cheaper than platinum.

Both metals are liquid since you trade them for cash relatively easily. But, gold is the more liquid metal due to the high volume of trading which occurs every day across the world.

Investment Characteristics of Platinum and Gold

But for the most part, gold and platinum tend to move in a similar direction long-term. Their price differences come down to issues that affect the two metals independently.

Platinum’s price comes down to two contributing factors. They are industrial demand, particularly for anti-pollution equipment in vehicle engines, jewelry and medical supplies and mine production. Mines in South Africa are a key determinant in the price of platinum as well as production in Russia.

Platinum’s dependency on industrial demand and mine production leads to volatility. In fact, the price of platinum fluctuates the most among precious metals. For instance, platinum price hit its peak in 2008 at $2,250. It then dropped to $777 per ounce within six months.

In contrast, gold is more stable and reliable. You are less likely to see erratic price drops in gold due to its intrinsic value. Plus, multiple countries produce gold, including China, Australia, India, the U.S. and Canada. So, a supply issue in one nation is unlikely to severely impact pricing worldwide.

Because of this, people often invest in gold in times of catastrophe, such as the 2008 financial crisis. As investors sought financial protection in gold, its prices doubled. Between 2008 and 2011, gold rose from $869.75 per ounce to $1,895.

Investors also use it as a hedge against inflation in currency due to this security.

Platinum vs. Gold: Which Is Right for You?

Some investors may want to prioritize stability and long-term investing. In that case, gold is likely the better option. The precious metal has a longstanding history of reliable demand which often spikes during economic downturns.

On the other hand, platinum usually performs better during times of economic growth. When manufacturing and industrial industries boom, platinum prices often do, too. Thus, it is a valuable short-term investment that usually comes with greater, immediate returns compared to gold. That value comes with volatility, though, which can swing drastically. As a result, platinum may be better suited to investors with higher risk tolerance. 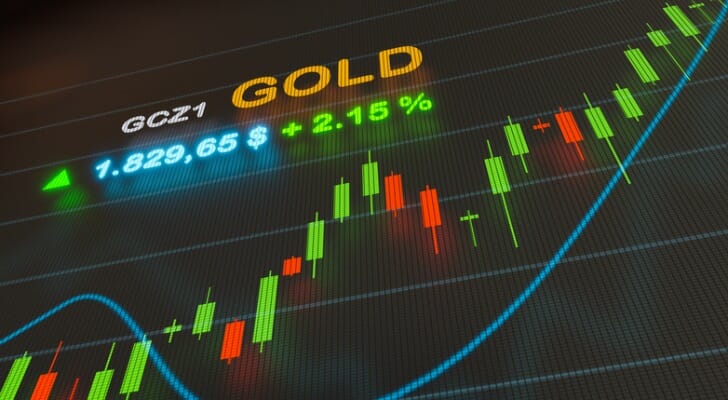 In the end, precious metals have their uses as investments. When political or economic uncertainty strike, investors often turn to alternative or tangible assets to protect their portfolios. Precious metals like gold are just one option available to you. But all investments come with their risks. Platinum carries greater volatility than other choices, making it more susceptible to price drops. Meanwhile, gold is relatively stable, but it may not be a strong hedge against inflation over the short term.

It ultimately depends on the type of investment strategy you have, your diversification needs and your goals. If you are considering alternative or nontraditional investments, seek out the help of a financial advisor. They can walk you through your choices and find options that fit your situation.