How to Invest in the Dhaka Stock Exchange 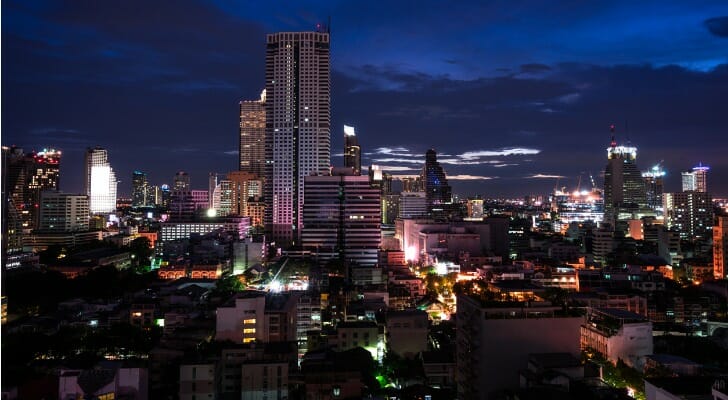 The Dhaka Stock Exchange (DSE) is the largest of two stock exchanges in Bangladesh as well as the oldest, having begun trading before the country became independent in the 1970s. The second-largest is the Chittagong Stock Exchange, which began operations in 1995. The DSE lists almost 600 securities and total market capitalization is approximately $47 billion. International holdings can add a valuable dimension to your portfolio, but investing in non-U.S. assets requires knowledge that sometimes only a financial advisor possesses.

The DSE was begun in 1954 as the East Pakistan Stock Exchange in what was then the East Bengal province of Pakistan. In 1971 Bangladesh gained independence from Pakistan and Dhaka, where the exchange is located, was named the capital. Trading on the DSE was interrupted for five years following independence and resumed in 1976.

Bangladesh is one of the most densely populated countries. It has a secular government with Islam as the official state religion and is one of the largest Muslim-majority nations. It is a developing nation with one of the fastest-growing economies in the world. The DSE uses the Indian numbering system for describing large numbers such as financial revenues and trading volume. In this system, a “crore” is equal 10 million and a “lakh” is equal 100,000.

How the DSE Works

The DSE is open for business from Sunday through Thursday. Trading in DSE issues occurs from 10 a.m. to 2:30 p.m. Security prices are listed in Bangladesh taka (BDT). The taka has a value in U.S. dollars of approximately $ 0.012. The exchange lists shares of common stock in DSE companies. Investors can also trade mutual funds, bonds and debentures.

There are three indexes associated with the DSE. The DSE Broad Index (DSEX) includes all the companies listed on the exchange. The DSE 30 Index (DS30) tracks the 30 largest companies by market capitalization. The DESX Shariah Index (DSES) includes DSEX stocks that comply with Shariah law. That means among other things that they are not engaged in businesses tied to alcohol, tobacco, pork, gambling, entertainment, pornography or trading of gold and silver as cash. 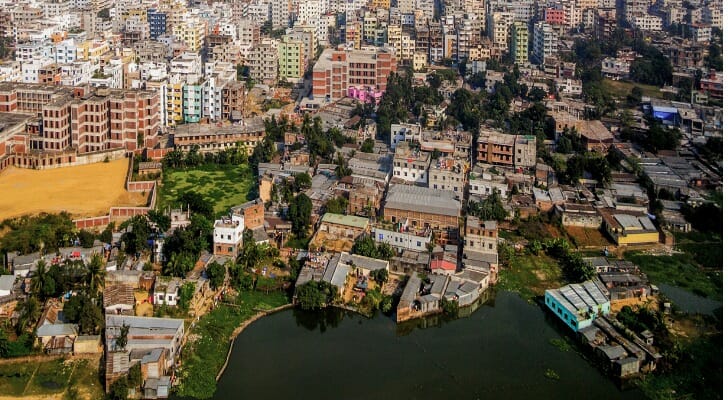 To be listed on the DSE a company has to offer at least 10% of its paid-in capital, which is the full amount of cash or other assets that shareholders have given a company in exchange for stock. Also, to be listed a company must have a minimum paid-in capital of at least $1.8 million. It also is required to have a commitment for 35% of the issued shares by the underwriters. To be approved for listing, companies must have posted a profit for the preceding year. If the company seeking listing has not yet begun operations, it must be able to positive after-tax profit and cash flow.

The DSE has been subject to notable booms and busts. Over the last 10 years, the indices and stocks on the exchange have provided some of the highest returns of any country’s public companies.

One crash occurred in 2010, when the market traded nearly a billion shares in a single session and over a period of about a month lost a large portion of its value. The crash bankrupted many investors and the market did not recover until the following year.

How to Invest in DSE

The Dhaka exchange encourages trading by investors located outside the country and Bangladesh imposes no capital gains taxes on profits from investments by individuals. However, in order to start trading DSE issues foreign investors have to follow a specific process.

Foreign investors must first open a Non-Resident Taka Account (NITA), that allows them to use capital from abroad to trade in Bangladesh securities. Next, they must choose a custodian from several banks authorized to provide the service, including local arms of Citi and HSBD. This requires opening several accounts to handle currency and trades. After that, investors can open a trading account with a preferred broker or use the services of the custodian to handle trades. 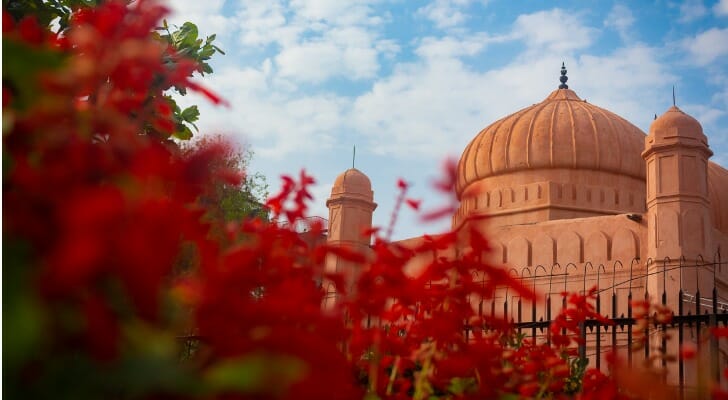 The Dhaka Stock Exchange is Bangladesh’s biggest and best-established stock exchange and provides an opportunity to invest directly in shares of companies in one of the world’s fastest-growing developing economies. The exchange is open to foreign investors who establish accounts to bring in capital and set up relationships with local custodians and brokers. One of the major indices is the DSES, which tracks DSE companies that comply with Islamic shariah law.