The Pros and Cons of the Electoral College 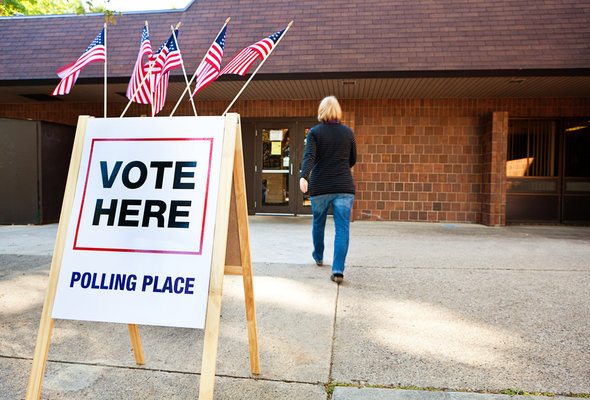 Pros of the Electoral College

The electoral college has a number of pros and cons, depending on where you fall on the political spectrum. While it prevents an easy-to-understand election that would draw from a popular vote, it was originally enacted to give every state their fair say in who gets elected to the highest office in the country. Here are the most relevant pros

Imagine a U.S. presidental election with no electoral college. If only the popular vote mattered, candidates might concentrate their energies on densely populated metro areas like New York, Los Angeles and Chicago. Depending on your perspective, that might sound like a change for the worse. It would mean candidates would have little reason to consider, say, the state of farming in Iowa or the opiate crisis in New Hampshire.

2. It Provides a Clean, Widely Accepted Ending to the Election (Most of the Time) 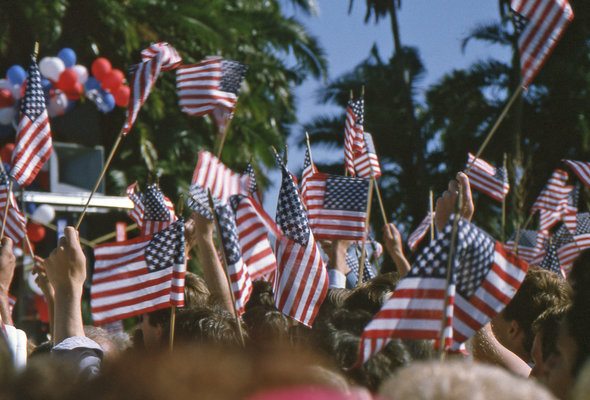 The electoral college, proponents say, makes U.S. presidential elections less contentious by providing a clear ending. There’s no need for a national recount when you have an electoral college.

If one state has voting issues, you can just do a recount in that state rather than creating national upheaval. And to win, a candidate must garner the support of voters in a variety of regions. That means whoever wins the presidency must build a truly national coalition. This, in turn, helps promote national cohesion and the peaceful transfer of power between presidents and helps keep the nation’s political system stable.

3. It Makes it Easier for Candidates to Campaign

If you’re a Democrat running for president, you don’t have to spend too much time or money wooing voters in left-leaning California. The same goes for Republican candidates and right-leaning Texas.

The fact that certain states and their electoral votes are safely in the column of one party or the other makes it easier and cheaper for candidates to campaign successfully. They can focus their energies on the battleground states. Some argue that getting rid of the electoral college could make American presidential elections even more expensive than they already are, exacerbating what some see as America’s campaign finance problem.

Cons of the Electoral College

1. It Can Make People Feel Like Their Votes Don’t Matter

In the electoral college, it’s true that not every vote matters. A Democrat in California who gets stuck in traffic and doesn’t make it to the polls probably shouldn’t beat themselves up. The same can’t be said for a voter in Florida, Ohio or another swing state.

U.S. voter participation rates are already quite low. Some argue that eliminating the electoral college would be an easy way to raise them and boost Americans’ engagement in the political process.

2. It Gives Too Much Power to Swing States

If you follow U.S. federal elections and you don’t live in a swing state, you might find yourself grumbling that some voters get all the attention. If you don’t live in a swing state like Pennsylvania, Florida, Ohio, Michigan, Wisconsin and more, you probably won’t see as many ads, have as many canvassers come to your door or get polled as frequently. The electoral college means that swing states – which aren’t necessarily the most representative of the country as a whole – get most of the attention.

And even within swing states, certain counties are more competitive than others. That means voters in those counties are courted particularly hard. If that offends your sense of fairness and you think that candidates should fight for the votes of all Americans, you may oppose the electoral college. In fact, this result has ended up creating the same thing that the electoral college is supposed to prevent, which is candidates focusing on a few specific areas.

3. It Can Clash With the Popular Vote 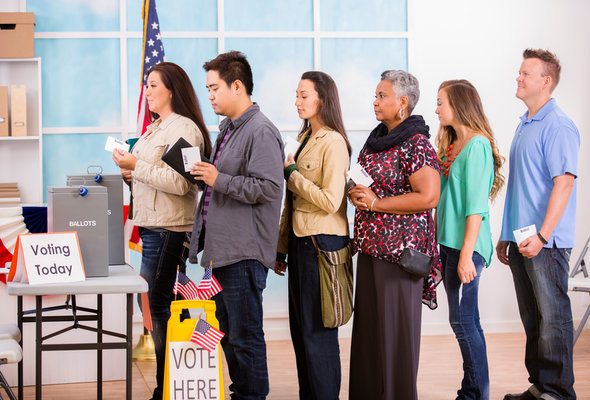 4. There Remains the Possibility of “Rogue Electors”

However, there’s always the possibility of “rogue” or “faithless” electors who could give a vote to a candidate who didn’t win the elector’s state. This also worries critics of the electoral college.

Pro or Con: It Keeps the Two-Party System Strong

This one is either a pro or a con, depending on your point of view. The electoral college helps keep the two-party system strong. It makes it very hard for a third party to break through at the national level and increases the risk that a third party could spoil a candidate’s chance of winning, which in turn discourages people from voting for third-party candidates.

Some analysts credit the two-party system with keeping American politics stable and driving candidates to the political center, while others would like to see a multi-party system takes hold in the U.S. So, depending on where you stand with regard to the two-party system, you’ll probably have corresponding feelings about the electoral college.

Will the U.S. decide to eliminate the electoral college? It’s hard to say. There’s a movement to encourage states to split their electors in proportion to the percentage of the state vote that each candidate gets. While that wouldn’t eliminate the electoral college, it would change the winner-take-all nature of our system and the way candidates think about state campaigns. Time will tell whether that reform – and others – come to pass.

Financial Tips for You