In the Shadows: America’s Underground Economy 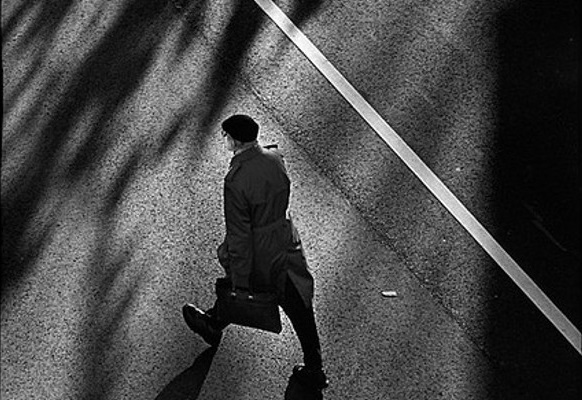 The most complete way to measure a nation’s economy is through its gross domestic product (GDP). America’s GDP is comprised of four major components: personal consumption, business investments, government spending, and net exports of good and services. There is one constituent, however, that is not factored into the equation: the U.S. shadow economy. SmartAsset dug deep to uncover details, and evaluate the impact of these elusive economic loopholes.

Find out now: Who pays for closing costs?

According to economist Friedrich Schneider, “The stronger the country is hit by the economic crisis, the more the shadow economy will grow.” Since August 2010, the shadow economy has indeed become larger all around the world, attributable to the global financial crisis.

Some argue that these rogue systems are necessary — a double-edged sword of sorts. Schneider, who is also a professor at the Johannes Kepler University in Linz, Austria, points out that in Greece, earnings through the shadow economy help one-third of the working population to increase its standards of living. He also discerns that, while unreported income accounts for lost tax dollars, at least two-thirds of the earnings are pumped into the official economy, increasing GDP.

Research by the International Monetary Fund revealed that excessive regulations have the effect of driving employees and employers to the underground market, where they can avoid government scrutiny. Adherence to these rules can be cost prohibitive for companies considering new employee hiring. Furthermore, it was estimated that the shadow economy size increases by 11.7% if the tax burden is perceived as more burdensome, with as little as a one point increase on a 1 to 7 Global Competitiveness Survey scale.

Within the U.S., the Great Recession has pushed more of its workforce into this informal market. Some activities are illegal, e.g. drug sales, stolen good exchanges, bootlegging, gambling, prostitution and unauthorized immigrant labor. Although these commodities are largely banned from the marketplace, people in America spend a lot of money on them, particularly illegal drugs.

For legal occupations, e.g. landscaping, waiting tables or dog walking, the shadow market helps people to earn a living without having to pay income taxes. Underworked professionals are driven to the underground market in search of survival, especially through the tough job market. Others rely on the grey market to find work, gain experience or transition to a new career.

It’s a perfect storm for a growing network where cash is exchanged undetected by the U.S. government. The recession has also impacted employers. As companies focus on keeping expenses low, they are turning to the shadow market to find affordable freelancers, consultants and part-time workers. Undocumented employees can help a business to avoid labor-related taxation.

Considering an estimated 11.7 million people are unemployed in the U.S.; and the median income has increased just 1.7% during the Great Recession, recent reporting points to increased consumer spending overall. From September of 2010 to present, retail sales have increased annually at the rate of 3.5%, according to the Economic Policy Journal. This has caused economists to beg the question: where is all this spending coming from, despite the weakened economy?

A growing underground market can skew official labor and unemployment statistics, rendering them ineffective, even self-defeating. Evidence suggests that, within the U.S., the actual rate of unemployment may be lower, as more people disappear from the labor pool to earn their spoils in the alternative economy. Currently, the unemployment rate is 7.9, yet the rate of active Americans participating in the job market is dropping; it is also at its lowest figure since May 1979.

The underground market affords an attractive means to earn cold hard cash. Short-term it may appear that the shadow economy is helping, but what are the long-term consequences? According to a report issued by Richard Cebula and Edgar L. Feiger in 2011, roughly 18-19 percent of all income generated in the U.S. is not reported to the government. The amount, $2 trillion, leads to a $450-500 billion tax gap annually.

U.S. dollars earned in the shadow economy get lost in a vortex

The amount of unaccounted U.S. dollars makes it harder to control where funds are being used. According to the Federal Deposit Insurance Corporation, in 2011, 8.2% of American households go unbanked; 20.1% of these households are underbanked. At a basic level, the rate of inflation is affected, as monies go missing — either to international bank accounts, or removed from circulation altogether — creating the need for new money creation.

The enticement of earning untaxed dollars is pulling more people into the gray market jobs. It can also prompt the workforce to seek further tax evasion methods, such as under-reporting on tax returns. The gray market compromises working standards, as those who enter it are stripped of regulatory rights and put at risk for exploitation. A number go without health insurance and do not pay towards future unemployment or Social Security benefits. On the severe end, spending with American money goes unmonitored and less controlled. It may be used to fund malicious acts such as terrorism.

What to do with an economy beyond our control

Finding ways to tone down the underground economy can have a positive effect, possibly bridging the gap on deficit spending. This can be accomplished a number of ways, as indicated by the International Monetary Fund:

Strengthening an economy operating on the books can help to decrease the underground economy. Companies yielding increased sales and positive returns will be encouraged to grow, and hire people back into the workforce.

In sum, the shadow economy is a sure sign of global market instability and unpredictability. Additional evaluation is needed, and a scrutiny at all levels of the labor process should occur. But we need to tread upon these matters carefully, since the livelihood and security of law abiding citizens are at stake.