Student Loan Forgiveness May Hit You With a Heavy Tax Bill 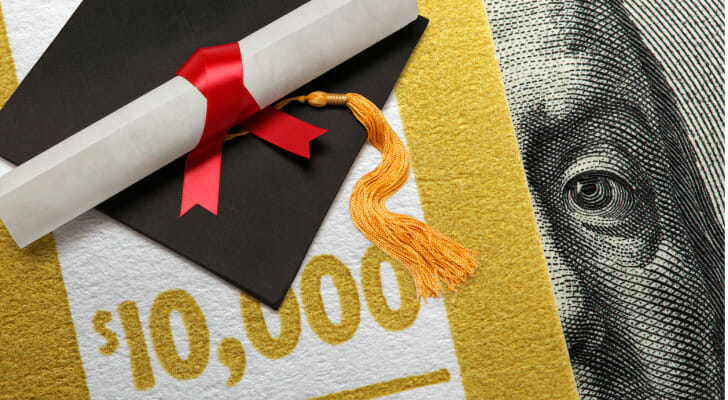 Depending on where they live, student borrowers may soon face an unexpected tax burden.

In August, the Biden Administration made news by announcing that it would forgive up to $10,000 in student debt for most borrowers and up to $20,000 for Pell Grant recipients. This would eliminate student debt entirely for approximately 20 million borrowers, primarily among low-income households, and would reduce the average bachelor’s degree debt by about one-third.

For extra assistance navigating the complicated terrain of taxes and student loan forgiveness, consider matching with a trusted financial advisor.

Mississippi, North Carolina and Indiana have confirmed that they will consider the Biden student loan forgiveness program a form of taxable income, meaning that borrowers will have to report it on their annual income taxes for the year in which the debt is formally discharged. Several other states have confirmed that they are considering this as well, or are waiting to see the final details of the Biden proposal.

The federal government will not tax Biden’s loan forgiveness proposal, because the American Rescue Plan suspended taxes on student debt forgiveness through 2025.
The details of this hinge on how state and federal tax collectors treat debt forgiveness.
While not commonly known among students and graduates, under ordinary circumstances the IRS and state tax agencies treat student debt forgiveness as any other form of debt discharge. This means that they consider it effectively income for the year in question.
For example, say that you owe $10,000 and your lender officially waives the debt. For tax purposes, you will have been enriched by $10,000 and must report it as additional income. Absent any other circumstances, student debt is treated no differently.

This can lead to a significant, and often unexpected, tax bill at the end of the year. With the average worker paying about 13% of income in taxes, $10,000 worth of student loans forgiveness will increase the average graduate’s taxes by $1,300. Since this wasn’t reflected in the person’s wages, it will not have been automatically deducted on the person’s W-2 over the course of the year. Instead the taxpayer must make up the difference by paying any additional taxes when filing.

This comes up most often for borrowers who take advantage of income-based repayment. This program limits a borrower’s payments based on personal income and, after 25 years, forgives the remaining debt entirely. Those borrowers then owe taxes on the entire amount discharged. For some workers this can increase their taxable income by more than they earned in the entire year.

On occasion the government will carve out exceptions to this rule. For example, students who receive debt forgiveness based on public or military service do not have to report it as income. This is what happened under the American Rescue Plan, when the government created a blanket carve-out for all loans forgiven between 2021 and 2026. However that only applies to the federal government. States are free to treat this debt forgiveness as they see fit. 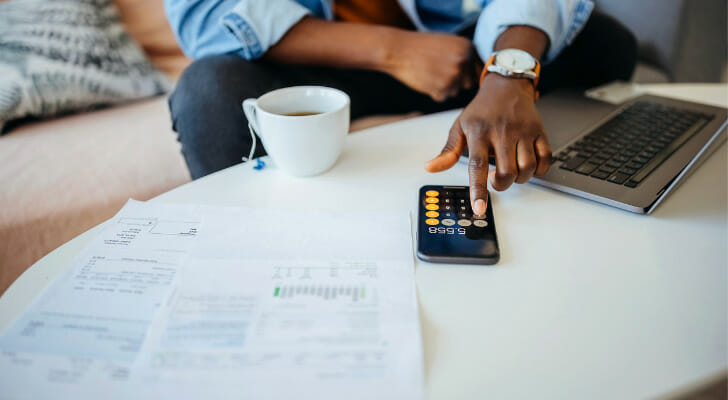 Many states have passed laws adopting the American Rescue Plan’s tax suspension. Others already treat student loans differently from the IRS, or in some cases have no income tax at all. Borrowers in those states will face no tax event from the Biden loan forgiveness proposal.

In other states, however, this can have significant consequences.

While only three states have confirmed that they will collect taxes on the Biden loan forgiveness plan, an analysis by the Tax Foundation suggests that several others might do so under existing law. Most notably Arkansas, Minnesota and Wisconsin have laws that appear to treat this loan forgiveness as taxable income, although the states have issued no formal guidance as of yet. Massachusetts has announced that it does not anticipate taxing this debt forgiveness, although confirmation will depend on the final details of the program.

Other states, however, have become more complicated.

In Pennsylvania and California, for example, existing state law and practice treats student debt forgiveness as a form of income for the relevant year, and there is no indication that they have changed or suspended these laws. However political leaders in both states have also made public statements indicating that they will not collect taxes on the Biden loan forgiveness, creating a potentially confusing situation in which taxpayers are faced with government statements potentially at odds with existing policy.

States do have time to clarify this issue. While the Biden administration has confirmed that it intends to move forward with debt forgiveness, it has not actually released any formal policies or executive orders yet. This means that the details remain unconfirmed as does the year in which this policy will take effect. This gives states time to decide how they will handle this, and some will no doubt wait until they see the final policy.

While most states have a significantly lower income tax rate than the federal government, some can have rates of 9% or even 10%. This can result in a potentially significant tax event, especially for low-income borrowers who may not have the cash on hand to pay this additional bill when it comes time to file their taxes.

Income taxes are the latest in a series of controversies surrounding Biden’s loan forgiveness plan. The policy drew immediate legal and political concerns. Legal scholars have questioned the President’s authority to waive government-held debt unilaterally in the first place. Some suggest that, while an executive can suspend collection, only the legislature can forgive debt entirely. They argue that this operates similarly to how a prosecutor can choose not to pursue charges at any given time, but only the legislature can decriminalize behavior.

Politically, Republican officials have overwhelmingly opposed this plan, arguing that it will disproportionately help high-income borrowers such as doctors and lawyers who take out the majority of student loans. While the average professional student takes out between $130,000 and $200,000 in loans, most earn around $60,000 at graduation with only a handful getting the high profile six-figure job offers.

In the wake of Biden’s plan to forgive up to $20,000 in student debt, some states have announced that they will treat this as taxable income. For some students that might mean a tax bill of $2,600 or more.

• Student loans can be the best, or the worst, decision you’ll ever make. It all depends on how you use them. Find out more using our student loan guide.
• Expected or not, planning for your taxes is always a good idea. With SmartAsset’s financial advisor matching tool you can find a financial professional in your area to help you prepare for refunds, bills and anything else the tax man throws your way. Find a financial advisor now within minutes.