How to Retire in Australia: Costs, Visas and More 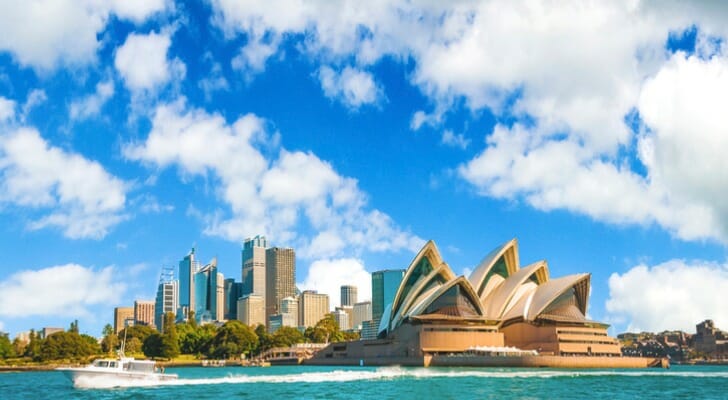 Are you thinking of retiring in Australia? The Land Down Under makes for an appealing retirement destination, with its nautical culture, beautiful coastal areas and first-world amenities. But as with any overseas retirement, there are some details you need to be aware of, from the cost of living to medical care options to immigration laws.

A financial advisor can help you put a financial plan together for your retirement needs and goals.

Cost of Living in Australia

While cities like Melbourne and Sydney may not be the cheapest places to live, they are still less expensive than living in a city like New York. For example, rent prices in New York are almost 165% higher than in Melbourne and roughly 76% higher than in Sydney. The average cost of a one-bedroom apartment in the city center of Melbourne is $1,177 per month, and the average cost for a one-bedroom apartment in the suburbs of Melbourne is $1,004 per month. The bottom line: Whether your housing costs are cheaper than in the United States depends on where you are now and where in Australia you plan to settle.

You’ll also need to consider other costs. For example, gasoline Down Under was averaging $4.35 USD per gallon in March 2022 and the cost of dining out for a couple in a mid-range restaurant was running about $74 USD. Monthly utilities (electricity, heating, cooling, water, garbage) for a 915-square-foot apartment were averaging about $159.

When choosing to take up residence in Australia, it’s important to know what to expect from their healthcare system. You should also take into account the end-of-life care that is available for its residents. Australia’s healthcare system has earned a reputation for offering affordable, high-quality healthcare.

The foundation of the healthcare system is Medicare. Since 1984, it has provided universal healthcare to residents in three major areas: medical services, public hospitals and medicines. It’s available to all Australian and New Zealand citizens, permanent residents in Australia and people from countries with reciprocal agreements. These countries include several European countries – but not the U.S. American retirees will have to become permanent residents to become eligible for Australia’s Medicare system.

Despite having universal healthcare, Australians can elect to use private health insurance. There are two types of coverage: hospital coverage for treatment as a private patient and general treatment for non-medical health services. These services include dental, vision and physical therapy. People can choose to use either or both services. The government refunds part of the cost of private healthcare.

Visas for Retirees in Australia 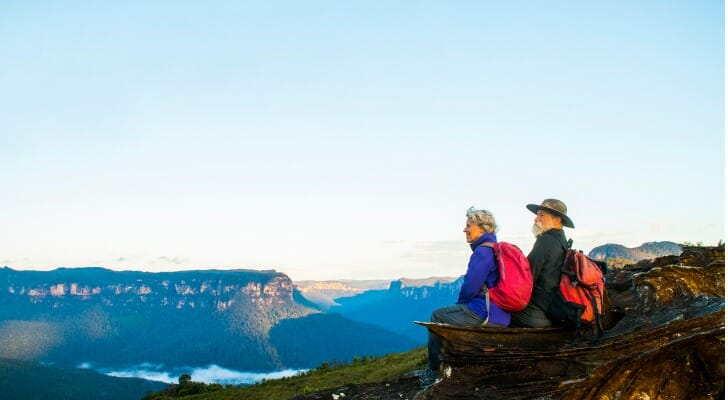 The Investor Retirement visa (subclass 405) is available to self-funded retirees who do not have any dependents and want to retire in Australia. This visa is a temporary visa and allows holders to remain in and travel freely to and from Australia for four years. After the visa expires, visa holders must renew the visa. It also entitles a partner to be in Australia with you.

About two-thirds of Australians own their homes. While this number is slowly declining, the percentage of Australians who choose to buy is on par with the percentage of Americans who choose to own homes. The Australian market is consistently stable due to the consistent value of the currency and the number of people who own homes in Australia. Additionally, the home-buying process is very similar to the U.S. process.

Buying a Residence in Australia

Foreigners may buy homes in Australia, although they do need government approval and they might have to pay additional taxes. Due to Australia being a very attractive market, there are specialist mortgage brokers who exclusively work with foreigners and help them to qualify for a foreigner mortgage. Foreigners can borrow up to 70% of the purchase price of their homes, and Americans are eligible to borrow in Australia.

Buyers typically engage a mortgage broker, realtor, and in some cases a lawyer. Then, they get their loan pre-approved and apply for a mortgage. The third step is qualifying with the Foreign Investment Review Board (FIRB). This process takes up to two weeks.

Once you find a property that you want to purchase, negotiate the price and obtain formal mortgage approval as well as FIRB approval, you pay the 10% minimum deposit on the home and get title to the property.

If you are moving from an expensive city to one that isn’t quite as expensive to live in, then you may be able to purchase a home in Australia with ease. You should discuss your options with your financial advisor, realtor, and any other professionals who have a strong grasp on both your needs and the housing market. 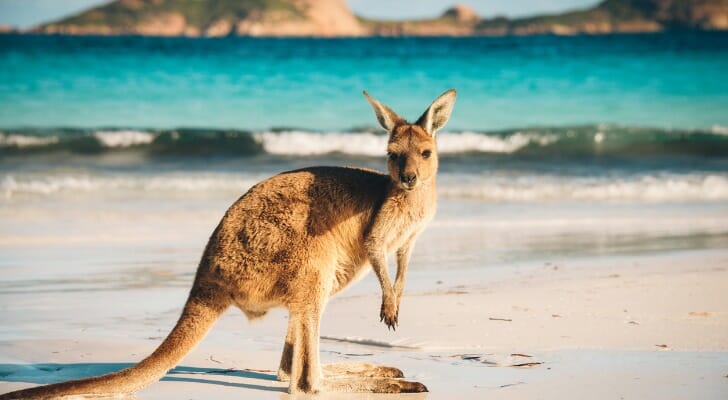 Some taxes apply specifically to foreigners. The income tax for anyone earning less than $90,000 AUD or about $66,000 USD, is 32.5% and increases from there. If you plan to earn an income in retirement while in Australia, it is important to understand these tax rates.

Also, you should speak with an Australian tax professional who specializes in foreign taxes before making the leap to Australia. It’s possible you may have to pay property taxes, capital gains taxes on any sales of your property, and more. A tax advisor can help you minimize your tax burden.

If you’re ready to retire in Australia, there are some steps you should take before you pack your bags. While Australia offers relatively similar laws and language and plenty of resources for healthcare, moving to a new country comes with its set of challenges. Fortunately, experts who can help with the various challenges are easily accessible and very experienced.