Places Where Residents Earn the Most From Their Investments 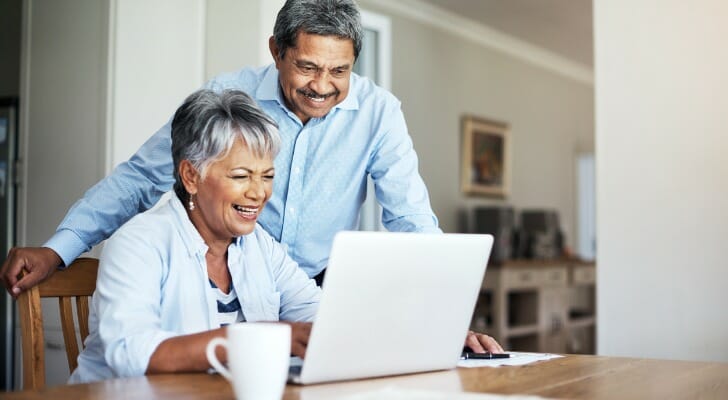 A sophisticated investment plan can mean an early retirement or just a retirement without financial stress. And whether they are relying on the expertise of a financial advisor to manage their finances or going it alone, Americans are, indeed, investing to grow their wealth. According to IRS data, Americans reported earning $613 billion in passive income in 2016. That makes their investment gains equal to about 8% of the salary and wage income earned in the U.S. during the same period. That $613 billion, however, is not spread evenly across the country.

Below we look at data on four types of investment income to find the places where residents are earning the most from their investments. Specifically, we look at data on taxable interest, ordinary dividends, capital gains and qualified dividends. Check out our data and methodology below to see where we got our data and how we put it together to create our final rankings.

The terms used in this article can be slightly confusing, so we will break them down here. The four types of investment income we analyzed are taxable interest, ordinary dividends, capital gains and qualified dividends. Taxable interest income comes from the money you lent someone else. For most people, this means savings accounts, checking accounts and certificates of deposit (CDs) — all of which count as loans to a bank or other financial institution. Ordinary dividends are income earned from ownership of stock in a company. Capital gains are income earned via selling capital assets. This can include your home or your car, but typically included in capital gains are stocks and bonds. Qualified dividends are similar to ordinary dividends, except they have been owned long enough to meet the IRS holding period qualification. 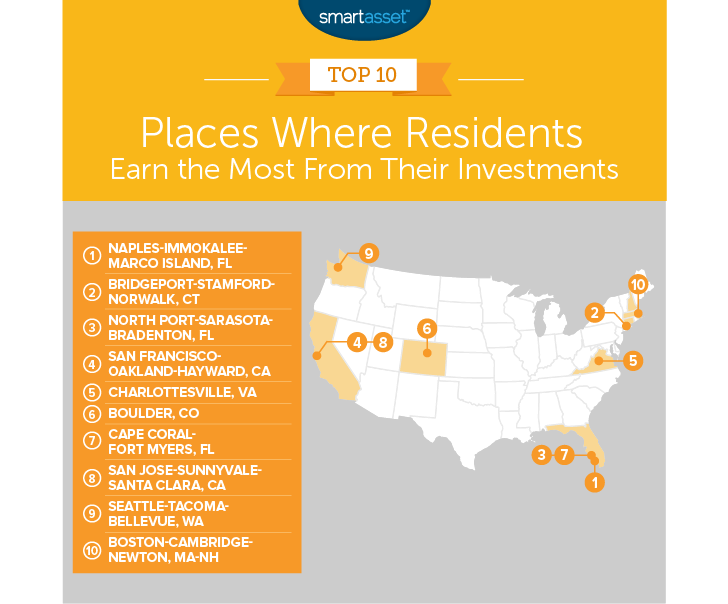 Naples, Florida is one of the wealthiest cities in the country. This metro area makes a ton of its money by investing. In fact, across our 12 metrics looking at different types of investments, the Naples metro ranked outside the top three in only one. Naples stands out, even among our top 10, for the amount of income the metro earns from its investments. For example, nearly 30% of tax returns here report capital gains with an average reported capital gains income of just under $97,000. The only metric Naples ranked outside the top three in was the percent of returns with taxable interest.

Bridgeport-Stamford-Norwalk, Connecticut is another metro area where residents are heavily involved in investing. In our metrics, this metro area only ranked outside the top six once. Like in Naples, returns on investing for residents are high. The average income gained from dividends and qualified dividends is $23,800 and $19,300, respectively. The average tax return with capital gains reports earning nearly $83,600 from capital gains. It is perhaps no surprise that residents here do well with their investments. Bridgeport-Stamford-Norwalk can be considered the financial advisor capital of the country due to the high number of local financial advisors.

The San Francisco metro area scored well in all of our access-to-investment metrics. San Francisco ranked in the top 15 for all metrics related to the percentage of the population with investment income, including fifth for percent of returns with capital gains income.

Boulder tops the ranks for the percent of returns reporting capital gains, according to IRS data. Just under 32% of tax returns with income report having some income from capital gains. Boulder investors don’t seem to be just interested in capital gains either. This metro ranks first in percent of tax returns with qualified dividend and ordinary dividend income. However, residents here may want to talk to a financial advisor about increasing their returns. This metro area ranks slightly behind in average income from all four types of investments.

A favorite landing spot for retirees takes seventh. This metro area ranked well in the dividend-related metrics. For example, the average return with ordinary dividends reported earning $16,600 from ordinary dividends, while the average return with qualified dividends reported earning $13,900 from qualified dividends. In each of those metrics, the Cape Coral-Fort Myers, Florida metro area ranked seventh.

San Jose-Sunnyvale-Santa Clara, California faces some of the same quirks as San Francisco. There are lots of investors in the San Jose metro area but high salaries make investment income less significant. The good news for the San Jose metro area is the nearly 30% of tax returns reporting capital gains income, and on average, those capital gains equal $62,500 per tax return.

The Seattle metro area takes ninth. This metro area is not particularly unique in the dataset. It ranked well in almost every metric but not well enough in any to move any higher up the ranking. To be specific, Seattle ranked in the top 10 for none of the metrics we analyzed but had a consistent overall score in the top 20 for all of the metrics. This metro area has plenty of useful resources for residents looking to boost their investment performance. We ranked Columbia Pacific Wealth Management as the top financial advisory in Seattle.

Our list of where residents earn the most from their investments wraps up in the Boston-Cambridge-Newton, Massachusetts-New Hampshire metro area. Boston is one of the most popular spots for financial advisors. This fact could potentially explain why Boston metro area residents do so well in investing. No single metric for this metro area stood out, but Boston also ranked no worse than 32nd in any single metric. 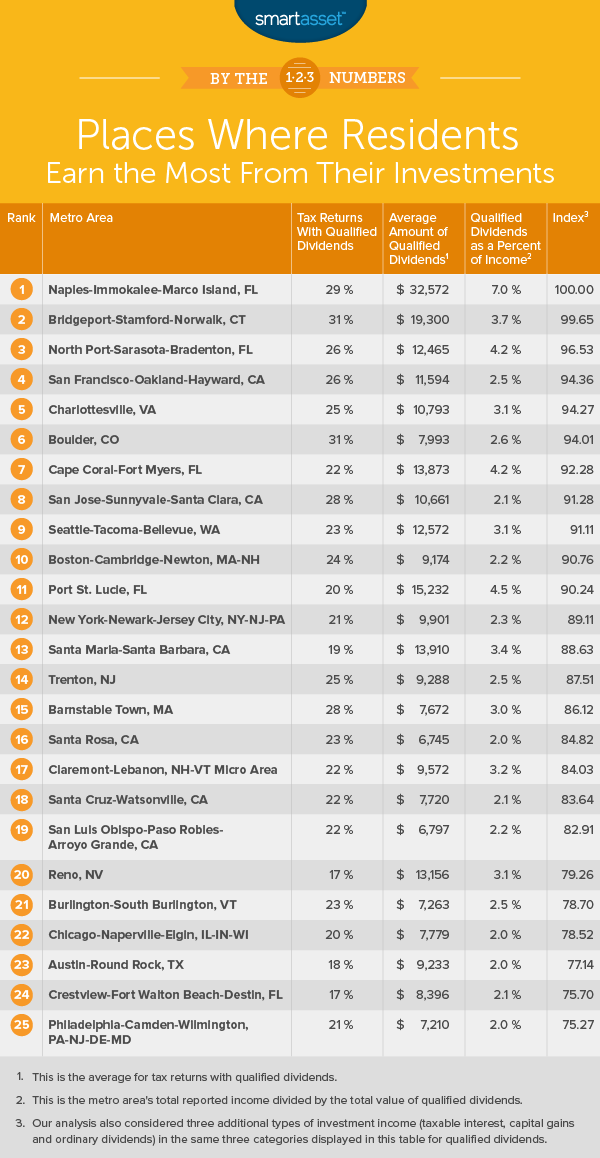 To find the metro areas where residents were earning the most from their investments, we looked at data for 200 of the largest metro areas. Specifically, we compared them across the following four investment types:

Tips for Maximizing your Investments