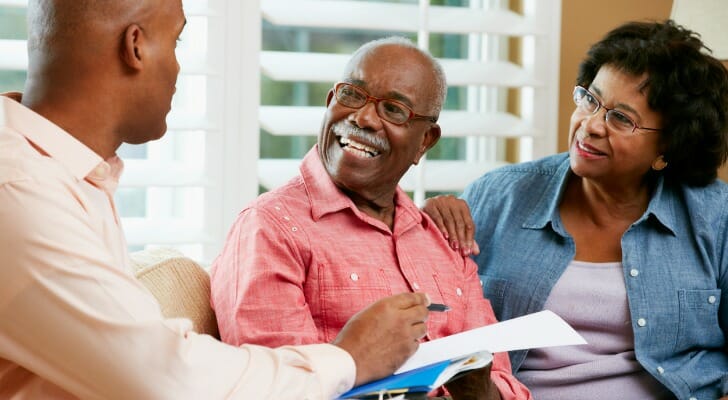 Whereas most states will categorize estate property depending on who specifically owns it, Arizona’s community and separate property laws muddy these waters a bit. On the bright side, Arizona inheritance laws do subject its residents and nonresidents who own property in the state to any inheritance or estate taxes. If you feel like you might have some questions about estate planning, the SmartAdvisor tool will set you up with financial advisors near you.

Does Arizona Have an Inheritance Tax or Estate Tax?

There are no inheritance taxes or estate taxes in Arizona. Residents and nonresidents owning property there can rejoice. But that doesn’t leave you exempt from a number of other necessary tax filings, like the following:

The estate of a decedent doesn’t inherit his or her Social Security number, leaving the estate without property identification in the eyes of the IRS. To solve this problem, apply online, by fax or via mail for an employer identification number (EIN) to represent the estate on official tax paperwork.

Dying With a Will in Arizona

According to Arizona inheritance laws, a will is labeled testate in Arizona if it follows all the laws that make a will valid. This is the most ideal situation because it allows the decedent to have full control over how to distribute his or her property. So if you’re in the process of making a will, be sure to have at least two witnesses see you sign it, and then have them sign it themselves. While state law clearly prefers that a professional will be drawn up, it can also be handwritten.

Choosing an executor for the estate is the second most important issue a valid will addresses, besides deciding property heirs. It would be wise to name an executor who has no financial interest in the estate and has some level of knowledge of the decedent, his or her family or both.

Dying Without a Will in Arizona

The term intestate refers to any estates that do not have a valid will attached them, or any will at all for that matter. If such a scenario arises, the intestate succession laws of Arizona will take over and decide who will inherit certain areas of the estate, such as community property and separate property.

Although the court system is equipped to enforce these guidelines, it will not physically transfer assets and property from the estate to an heir. So since a testate will usually names an executor to handle these matters and any debts of the decedent, the court will choose one itself. 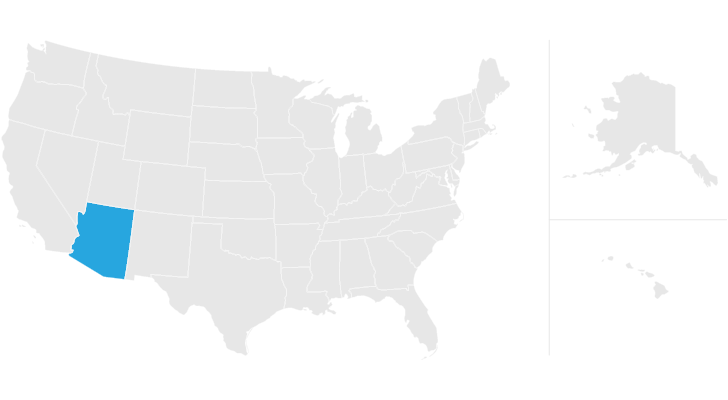 Arizona is a community property state, one of nine across the U.S. Property is considered communal between two spouses if either one of them acquired the property within the time the marriage was legal. Because the principle of community property must include spouses, a decedent can have community property if and only if he or she was married at the time of death, according to Arizona inheritance laws.

Inheritances and gifts made to an individual that are not considered part of a marriage’s community property are therefore separate property. However, this stipulation is voided if you place these assets into a joint banking account, as the court will then be forced to deem into communal.

Any estates that consist of less than $75,000 in personal property or $100,000 in real property can skip the probate process altogether. These are formally titled as small estates, and an executor handles them with no court supervision.

Should the decedent’s estate surpass either of the above stipulations, though, it will likely have to pass through either formal probate, informal probate or supervised probate. These proceed as follows:

In nearly all scenarios, Arizona will allow the spouse of the deceased to inherit his or her full intestate estate. More specifically, this applies either to a marriage where neither partner had children or where all the children in the picture they had together.

Where things split off from the norm is when there’s at least one child involved who did not arise from the marriage, but rather from a prior relationship. Should this occur, the spouse will only receive half of the estate’s separate property, while the other half and the decedent’s share of community property is left to the children, according to Arizona inheritance laws.

Biological children born when you were alive have strong rights to inheritance under Arizona inheritance law. In fact, any child born within your marriage is considered your own. In addition, children you’ve adopted and those conceived before, but born following, your death are granted equal privilege.

Grandchildren are treated slightly differently. The sole way they’ll be included in your intestate estate is if their parent (your child) predeceased you.

If it is claimed that a child is illegitimately yours, it must be proven before that you are the father before intestate inheritance rights are given to him or her, according to Arizona inheritance laws.

Stepchildren and foster children, no matter how long they resided in your home, do not hold any inherent rights to receive a part of your intestate estate. The same goes for any biological children you successfully put up for adoption.

Though the laws laid out above will likely be enough to handle the inheritance of many people’s estates, anyone who passes away unmarried and without children requires a more extensive intestate succession process. So if this describes you, your property will travel as follows:

Should an estate remain unclaimed even after everything above is reviewed, it will escheat into the state’s control.

An asset or other account is considered non-probate if there is already a beneficiary attached to it that presupposes who will receive it in the event of the owner’s death. So for those who possess these accounts, their inheritance is already taken care of:

Other Situations in Arizona Inheritance Laws 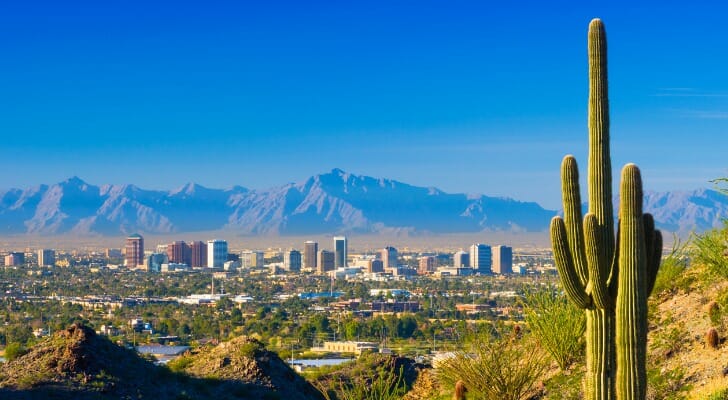 To retain your rights to inheritance in Arizona, you must survive the decedent by no less than 120 hours. If this policy isn’t met, your share of the intestate estate is shifted to someone else.

Should a decedent’s relative be conceived before his or her death but born posthumously, the person would inherit as much as he or she would have if born during the trustor’s lifetime, according to Arizona inheritance laws.

Valids heirs for an intestate estate are not required to be U.S. citizens or legal residents of the country. As a matter of fact, these individuals will inherit just like any other residents.

Whether a relative is full-blooded or half-blooded is immaterial as far as Arizona is concerned. In both intestate scenarios, a family member will inherit normally.

Managing your own estate, or handling the intricacies of inheriting money from the estate of a loved one who has passed away, includes many complex factors to consider. It can be such an overwhelming venture — with taxes to file, possible court proceedings to go through and more — that you might want some help.

The SmartAsset financial advisor matching tool will pair you with as many as three nearby financial advisors equipped to handle your estate and inheritance planning needs. Matches are found based on your answers to a few simple questions, so be as specific as possible when stating what you’re looking to handle in your financial life.

Chris Thompson, CEPF® Chris Thompson is a retirement, savings, mortgage and credit card expert at SmartAsset. He has reviewed hundreds of credit cards and loves helping people find the one that best matches their financial needs. Chris is a Certified Educator in Personal Finance® (CEPF®) and a member of the Society for Advancing Business Editing and Writing. He graduated from Montclair State University where he received the Journalism Achievement Award. Chris’ articles have been featured in places like Yahoo Finance, MSN and Bleacher Report. He lives in New Jersey and is a Mets, Jets and Nets fan.
Share Tweet
Related Posts
Read next article