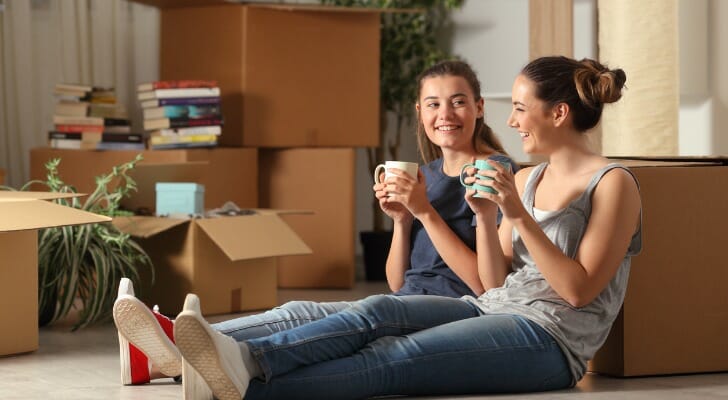 Looking to boost your savings? Forget about cutting out those morning lattes, and instead consider your biggest monthly expense: housing. According to the U.S. Bureau of Labor Statistics, housing costs represented nearly 33% of all household expenditures in 2019 – almost double the next category, transportation. Making adjustments to your housing budget – like renting a cheaper apartment or living with a roommate – can quickly add up to big savings. With this in mind, SmartAsset set out to determine how much you can save by living with a roommate in 50 of the largest U.S. cities.

To do this, we examined data on the average rent for a one-bedroom apartment and compared it to the average rent for a two-bedroom apartment in 50 of the largest U.S. cities. We then measured the cost difference between renting a one-bedroom alone and renting a two-bedroom with a roommate. For details on our data sources and how we put all the information together to create our final rankings, check out the Data and Methodology section below.

This is SmartAsset’s seventh annual study on how much a roommate saves you. Read the 2020 version here. 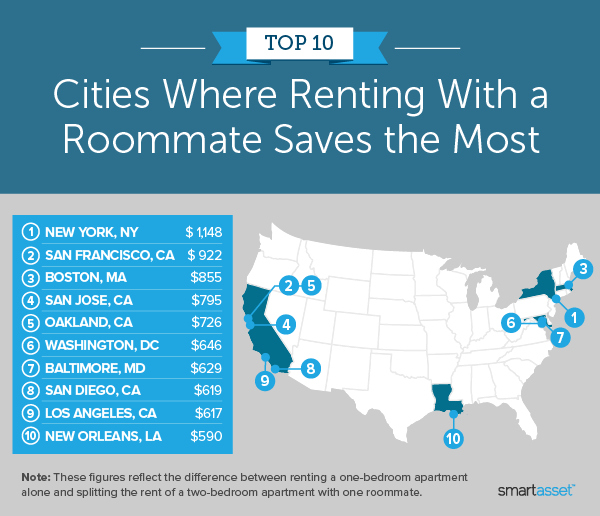 The Big Apple may be one of the most expensive cities in the country, but that doesn’t mean there aren’t opportunities to save. According to data from the rental listings website Zumper, renters who split a two-bedroom apartment with an average rent of $2,781 would save around $1,148 per month when compared to renting a one-bedroom apartment (at $2,538 per month) on their own. This would leave a New York City renter with an extra $13,775 per year, by far the most savings of any city across our study.

Another Bay Area city in the top 10, Oakland offers renters savings of around $726 per month, or $8,713 annually, when they share a two-bedroom apartment. Roommates splitting costs this way would each pay $1,300 per month, as opposed to $2,026 each for two separate one-bedrooms.

Washington D.C.’s neighbor to the north, Baltimore, Maryland moved up from No. 26 in last year’s study to No. 7 this year. That’s because roommates splitting a two-bedroom apartment in Charm City can save around $629 per month, or $7,545 per year. According to Zumper, a one-bedroom unit in Baltimore rents for an average of $1,410, while the average rent for a two-bedroom apartment is $1,562 per month (or $781 split between two roommates).

Los Angeles is the fifth California city in our study’s top 10. Renters in the City of Angels can save an average of about $617 per month, or $7,400 per year, by splitting a two-bedroom apartment with a roommate versus renting a one-bedroom unit on their own. That’s because the average rent of a two-bedroom is $2,746 per month, while one-bedrooms average $1,990 a month.

To find the cities where a roommate saves you the most, SmartAsset examined data from 50 of the largest U.S. cities. We compared them across these two metrics: