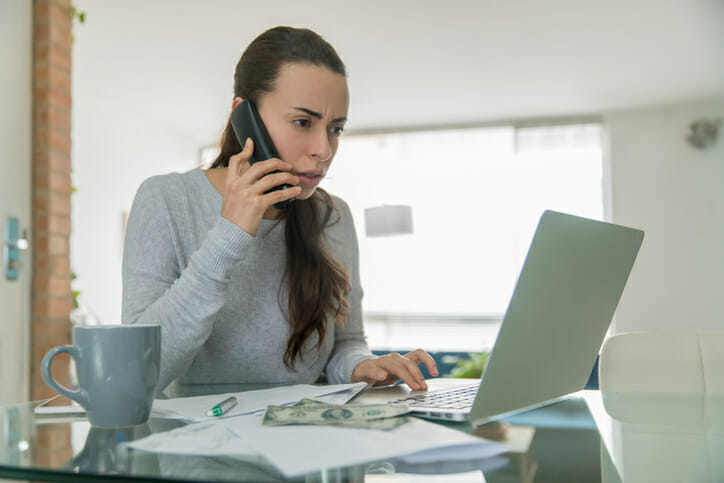 Strains on consumer finances during the COVID-19 pandemic have increasingly pushed Americans to seek assistance from the Consumer Financial Protection Bureau (CFPB), which serves as an intermediary between consumers and financial companies. Consumers can file complaints on consumer financial products or services through the CFPB, which relays these concerns to financial institutions and also publishes anonymized data on all these submissions.

This data shows that across the 50 states and District of Columbia, the CFPB received 62% more consumer financial complaints in 2020 compared to 2019. Moreover, the CFPB reports that “beginning in April 2020, consumers began to submit more than 3,000 complaints mentioning coronavirus keywords nearly every month.”

The CFPB categorizes the complaints it receives by product, which includes bigger topics like mortgage or credit cards and then specific issues within each topic. For example, if a consumer wanted to complain about having trouble using their credit or prepaid card, they would file the complaint under the larger category of credit and prepaid cards and then the more specific issue of trouble using one’s card. 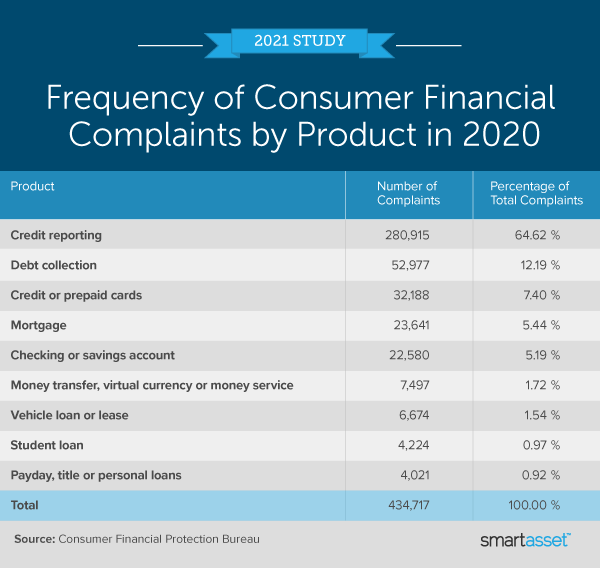 States With the Most Consumer Financial Complaints

In 2020, Florida was the state with the most consumer financial complaints adjusted for population. Data from the CFPB shows that there was a total of 2.87 complaints for every 1,000 people during the year. Roughly 74% of those complaints were related to credit reporting. The next most cited complaint in Florida during 2020 was related to credit and prepaid cards, with 5.12% of complaints referencing one of those financial products.

Across the top 10 states with the most consumer financial complaints, an additional seven states are located in the South, according to Census regional divisions. They include Georgia, Arkansas, Alabama, Delaware, Texas, Tennessee and Maryland. In four of those states (Georgia, Arkansas, Alabama and Delaware) along with Nevada and the District of Columbia, there were more than two financial complaints for every 1,000 people in 2020. 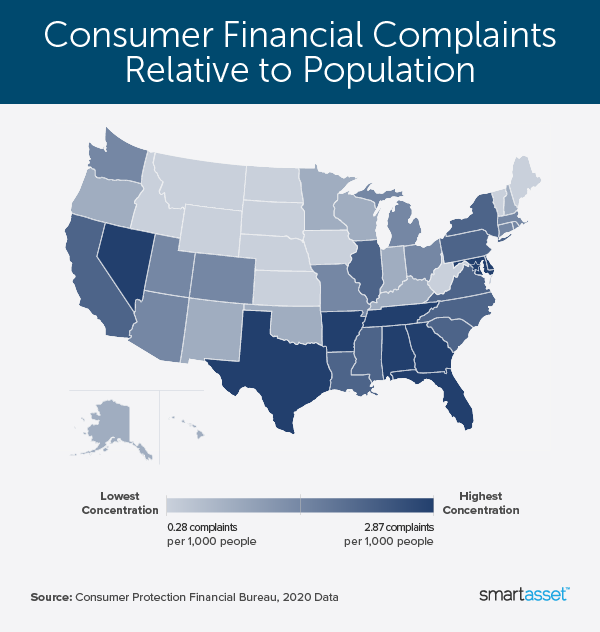 States With the Largest Increases in Consumer Financial Complaints

Beyond those five states, the number of complaints per 1,000 people increased by 0.50 or more in 11 additional states. Of this group, the three largest states population-wise are California, Texas and Pennsylvania. Pennsylvania and Texas tie as the state with the seventh-largest increase in consumer financial complaints meanwhile California ranks 16th. The table below shows the top 25 states with the largest increases in consumer financial complaints between 2019 and 2020 by comparing complaints for every 1,000 individuals in the two years. 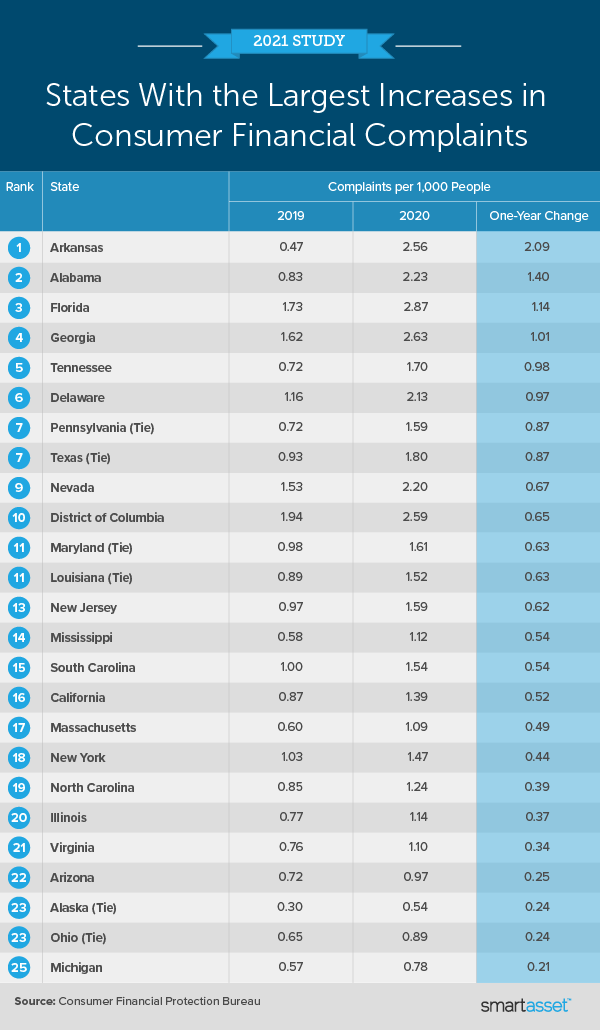 All data for this report comes from the Consumer Financial Protection Bureau (CFPB). We considered data from 2019 and 2020. For the second and third sections, we looked specifically at consumer financial complaints relative to the population, as reported by the CFPB.

Tips for Protecting Your Finances