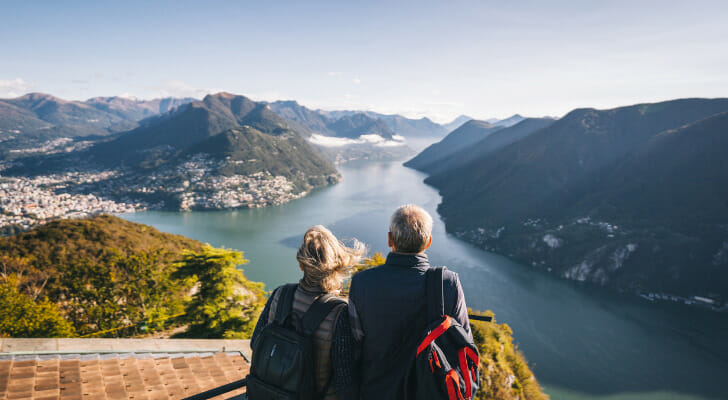 Will I outlive my retirement savings? This question dogs many retirement savers who view their accounts, often far shy of $1 million, with dread and fear.

After all, aspiring retirees have to plan for longer lifespans, potentially steep medical costs and the uncertainty surrounding government programs such as Social Security.

Meanwhile, the average saver who is 61 or older with a workplace retirement account has $449,228 invested for retirement, according to a recent BlackRock survey. (Workers who are 61 and older with no employer accounts available have just $258,094 saved.)

If you need help saving for retirement, talk to a financial advisor.

But there is good news for worriers: Even a relatively moderate increase to the amount in your retirement savings can drastically extend its lifespan, reducing the chances that you’ll outlive your money.

And while saving an extra six figures for retirement is easier said than done, it can be readily achievable, even for folks already in their 50s. A modest percentage increase to a retirement account, or the deposit of a one-time windfall such as an inheritance or large tax refund, can make a significant difference. Here’s how we analyzed the data.

SmartAsset crunched the numbers on how long three retirement investment accounts would last, given certain spending, macroeconomic and investing patterns. The accounts total $400,000, $500,000 and $600,000.

We used research to develop a data-informed model of typical saving and spending behaviors for the account-holders. While, in reality, every retiree’s saving and investing behaviors will differ, these figures gave us an average profile upon which to run the numbers.

Spending: We assumed that each retiree spends $50,595 per year, or $4,216 per month. That’s the average amount someone between the ages of 65 and 74 spends in retirement, according to a Fidelity analysis of Bureau of Labor Statistics data.

Next, we calculated that Social Security covers 39% of those expenses each year, based on a $1,657 average monthly disbursement in January 2022, according to Social Security Administration data. (Although the future of Social Security is uncertain, we opted to assume it’ll continue in this analysis, perhaps optimistically counting on the political will and economic conditions to keep it funded.)

Thus, the retiree must withdraw $2,559 from his or her account in the first month of retirement to cover expenses. We estimated this figure increases 2.2% annually, or 0.18% monthly.

While today’s inflation rate is much higher than 2.2%, we wanted to view inflation over the long term and take into account a retiree’s personal inflation rate, which may be lower than the average, based on spending patterns.

Investments: In this analysis, SmartAsset assumed that the owner of this account doesn’t need to take required minimum distributions (RMDs) and is withdrawing just what he or she needs to live in retirement. We’re also assuming this account is something like a Roth IRA in which no taxes are due upon withdrawal.

To run these numbers, we also considered a retiree who is invested in a diversified investment fund returning 5% per year.

Our three savers are identical with the exception of the starting amount in their retirement accounts. Here’s what they look like:

Saver 1: This investor starts out with $400,000 in a retirement account. Her first month in retirement includes withdrawing $2,559 to cover living expenses. As the months and years tick along, her expenses rise with inflation, but her investments grow faster, earning a 5% return on investment.

Here’s where the problem lies: The probability that a 65-year-old, nonsmoking woman in excellent health will live until 85 – or four years beyond her savings – is 72%, according to the American Academy of Actuaries and Society of Actuaries’ “Longevity Illustrator.” The probability for a man is 63%.

So, chances are, assuming a retirement age of 65, this saver would outlive her retirement fund. She’d have to lean on other retirement accounts or survive on Social Security, potentially creating financial stress in her final years.

That extra $100,000 bought her nearly six-and-a-half more years and financial security into her late 80s.

While that’s not bad, the odds that she’ll live another three to four years – to age 90 – are 54%. The likelihood that a man in similar health will live to 90 is 43%. So it’s still a coinflip whether this saver will outlive this specific retirement account.

Saver 3: This investor is the squirreliest saver. She barrels into retirement with $600,000 and the same expenses and investments her peers have. Saver 3’s savings stretch 332 months, or 27 years and 8 months. If she retired at 65 in 2022, she’d be between 92 and 93 in 2050 before exhausting the funds in this account.

The chance she’ll live to 95 is 31% (22% for an equivalent male). So, there’s still a potential to outlive this account, but a much lower likelihood than in the other two scenarios.

To put this in perspective, a savings increase of 50% over a $400,000 base account nearly doubles the lifespan of this nest egg. Not bad.

Of course, saving an extra $100,000 or $200,000 takes concerted effort. But it's not impossible for investors who approach it with slow and steady dedication, capitalizing on the beauty of compounding returns.

You don’t have to double or triple your retirement savings to have a major impact. In fact, increasing your retirement investment account by 25% or 50% can make the account last years longer, helping to reduce the likelihood that you’ll outlive your money. Saving for your golden years is not an all-or-nothing calculation.

Susannah Snider, CFP® Susannah Snider is the ​​Managing Editor of Financial Education at SmartAsset where she oversees the strategy and production of all expert-driven personal finance content, including commentary and columns from CFPs and other financial professionals. In addition, Susannah writes articles, newsletters, columns and commentary found on SmartAsset.com and syndication partner sites. She also serves as a spokesperson and quoted expert on a wide range of personal finance and financial planning topics, including retirement, investing, estate planning, mortgages, and more. Susannah earned her CFP designation in 2019 and leverages her expertise to easily explain complicated financial topics with an approachable tone. Prior to SmartAsset, Susannah was the Senior Editor for Financial Advisors at U.S. News &amp; World Report. She also previously covered personal finance, careers, and college financing for U.S. News and worked as a staff writer for Kiplinger’s Personal Finance magazine. She is the recipient of the McGraw Fellowship for Business Journalism program and won the 2018 RTDNA/NEFE Excellence in Personal Finance Reporting award in the digital category. Susannah holds an undergraduate degree from the University of Rochester and a master's degree in journalism from the University of Southern California. Susannah has appeared as a personal finance expert on Cheddar, Fox &amp; Friends, The Tavis Smiley Show, Your Money on Wharton Business Radio, Fox Business News and more.
Share Tweet
Related Posts
Read next article