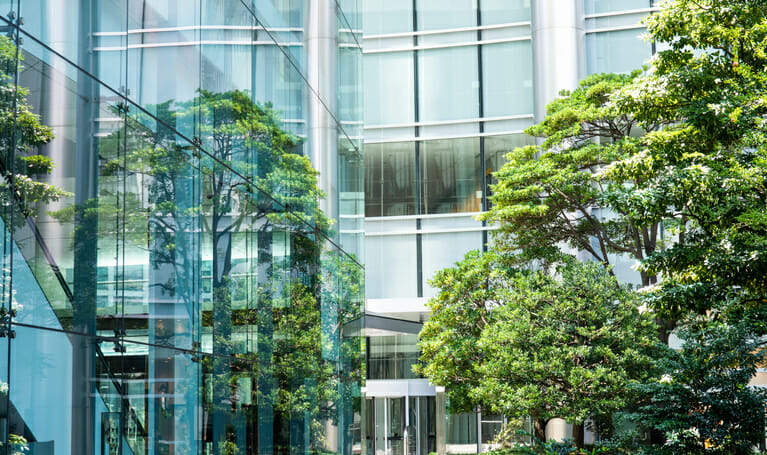 A recent report on the United Nation’s Sustainable Development Goals (SDGs) demonstrates the importance of local measures when it comes to furthering sustainability efforts. Local sustainability means cleaner, more efficient and resilient communities. For residents, that translates into more opportunities for a higher quality of life – specifically, economic growth, a smaller carbon footprint and better health. And while U.S. cities lag behind global cities in their likelihood to meet the SDGs, some cities are making larger strides towards environmental sustainability than others.

In this study, SmartAsset uncovered the most sustainable cities, comparing 94 of the largest cities across three categories considering topics of transportation, green efficiency and climate resilience. Our analysis does not account for projections for the future and only reflects current and historic sustainability. For more details on how we analyzed the data and compiled the rankings, read the data and methodology section below.

Boston, Massachusetts ranks as the most sustainable city, scoring especially high in transportation (No. 2) and green efficiency (No. 1). The city is particularly walkable for residents and nearly 18% of workers in the city rely on public transit to commute (third-highest). Electric vehicle owners also have access to the fifth-highest number of charging ports available per capita (roughly 16 ports for every 100 EVs). Additionally, in 2020, renewable energy production made up all of total energy production in the state of Massachusetts.

Buffalo, New York also scores well for transportation, with the eighth-highest number of charging ports available to electric vehicle owners (nearly 16 for every 100 EVs). Buffalo also has the ninth-highest percentage of workers that use public transit (8.65%) and percentage of households with less than two cars (68.66%).

The Golden City is also a shade of green, ranking as the third-most sustainable city in our study. San Francisco has the highest walk score - a measure of walkability. Additionally, the city has the 10th-highest number of green buildings - those built to improve efficiency, save money and limit its negative impact on the environment - the latter of which is also a goal behind San Francisco’s city-wide ban on plastic bags.

The Big Apple takes a spot in the top five cities due to its high scores in the transportation and green efficiency categories. Specifically, New York City ranks first for the percentage of workers who commute using public transit (36.65%) and the percentage of households with less than two cars (87.01%). Moreover, New York City has the ninth-lowest greenhouse gas emissions per capita.

Arlington, Virginia has the seventh-highest number of green buildings per capita (roughly 175 buildings per 100,000 people) and also has a tax on certain types of plastic bags. In terms of climate resilience, air pollution is low and extreme weather events such as tornadoes are few. The city is also walkable, ranking with the 14th-highest walk score and more than 6% of workers use public transit for their commute.

Portland, Oregon has roughly 146 green buildings per 100,000 residents (11th-highest) and a city-wide ban on plastic bags. Oregon almost completely relies on renewable energy with 99.91% of its total energy production coming from biofuels, wood and other renewable energy. Additionally, the city ranks high for walkability (16th-highest) and has the 25th-highest percentage of households with less than two cars (56.13%).

The probability of hurricanes, flooding and wildfires is low in The Brew City, ranking in the top six for these metrics. Milwaukee’s climate resilience is not the only reason why it ranked in the top 10 overall - the city offers top 25 rankings across all four transportation-related metrics. Of these, Milwaukee ranks highest for the percent of households with less than two cars (61.01%, taking the No. 21 spot).

Washington, DC ranks in the top 10 across all four transportation-related metrics and stands out in two green efficiency metrics, ranking third for both the number of green buildings per 100,000 people (418.03) and the percentage of households with less than two cars (81.55%). Washington, DC also is very walkable and ranks sixth for this metric.

In St. Paul, Minnesota, more than half of households have less than two cars (37th-highest) and almost 5% of the working population rely on public transit for their commute (22nd-best). With the city’s low probability of extreme weather events, it ranks in the top 35 cities for all five climate resilience metrics. Additionally, renewable energy production that makes up roughly 70% of total energy production in the state of Minnesota.

Seattle, Washington scores high in green efficiency with a top 12 ranking in three out of five metrics for this category. First, there are roughly 136 green buildings for every 100,000 people in the city (12th-highest) and a city-wide ban on plastic bags (plus a fee on paper bags). Finally, in Washington, renewable energy production makes up 89.84% of total energy production.

To find the most sustainable cities, we analyzed data on the 100 largest U.S., 94 of which had complete data. We examined 14 metrics across three categories:

First, we ranked each city in each metric, assigning equal weight to every metric. Then we averaged the rankings across the three categories listed above. For each category, the city with the highest average ranking received a score of 100. The city with the lowest average ranking received a score of 0. We created our final ranking by calculating each city’s average score for all three categories.

Tips for Relocation to Greener Pastures