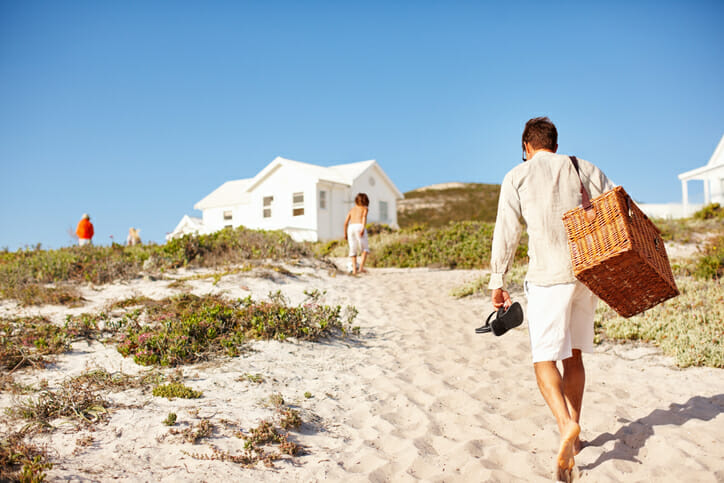 Buying a home in 2022 has become very expensive. The S&P CoreLogic Case-Shiller US National Home Price Index, which tracks the purchase prices of single family homes, says that prices rose 19.2% in the one-year period ending in January 2022. When you add in proximity to the water, prices can be even more discouraging. However, there are some cities that are more affordable than others when it comes to owning a beachfront property.

To uncover the most affordable beach towns, SmartAsset analyzed data for 211 beach towns and ranked them by four key real estate metrics: average home sale price, average number of rooms per house, median monthly property taxes paid and monthly housing costs. For details on our data sources and how we put all the information together to create our final rankings, read the Data and Methodology section below.

This is SmartAsset’s seventh study on the most affordable beach towns in America. Check out the previous version here.

Biloxi, Mississippi is again the most affordable beach town in 2022. The average sale price of a home in this city is about $229,800, which ranks eighth-lowest for this metric. The average number of rooms per house is 6.4. Residents can expect to pay just about $800 in monthly housing costs (ranking seventh-best) and roughly $1,200 in annual property taxes (ranking 12th-best).

The average home sale price in Gulfport, Mississippi is $166,583, ranking third-best for this metric, and houses boast an average of 6.1 rooms. Annually, the median property taxes paid are nearly $1,100 (ranking ninth-best) while monthly, residents can expect to pay $822 on housing costs (ranking eighth-best).

Port Arthur, Texas ranks best overall for its average home sale price ($127,917) out of the total 198 cities analyzed. Houses in this area have an average of 5.8 rooms. Residents can expect to pay roughly $1,100 for annual property taxes (ranking seventh-best) and just under $500 for monthly housing costs (ranking second-best).

Pensacola ranks as the most affordable beach town in Florida. The average sale price for a home is $240,417 (ranking 13th-best) and a house in this area has an average of 6.4 rooms. Annual property taxes will set a Pensacola resident back about $1,400 (ranking 18th-best) and monthly housing costs hover just above $1,000 (ranking 27th-best).

Located to the right of the Biloxi Bay Bridge, Ocean Springs is the third Mississippi city to rank in the top 10. Out of the four metrics in our analysis, Ocean Springs ranks highest for the average home sale price with $221,917 (seventh-best). Houses in this city have an average of 6.7 rooms, the highest-ranking figure across our top 10 towns. However, both median property taxes paid ($1,442) and monthly housing costs ($1,144) are the highest (and lowest-ranking) of any in the top 10.

Just a 45-minute drive from Biloxi, Missouri's Bay St. Louis ranks seventh-best in our study. This city places 19th-best for the median property taxes paid ($1,394) and 21st-best for both the average home sale price ($278,833) and monthly housing costs ($962). Houses in this area have an average of 6.3 rooms.

Daytona Beach, Florida claims the No. 9 spot for the second year in a row. Average homes here cost $216,917 (sixth-best) and monthly housing costs are $758. Median property taxes paid are $1,355 (15th-best). Finally, the average number of rooms per house (5.6) is lower than similarly priced houses in other beach towns, ranking 140th for this metric.

To find the most affordable beach towns in the country, SmartAsset compared 198 places including cities, towns and census-designated places located directly on an ocean (including bays and sounds). Specifically, we examined the following four metrics: