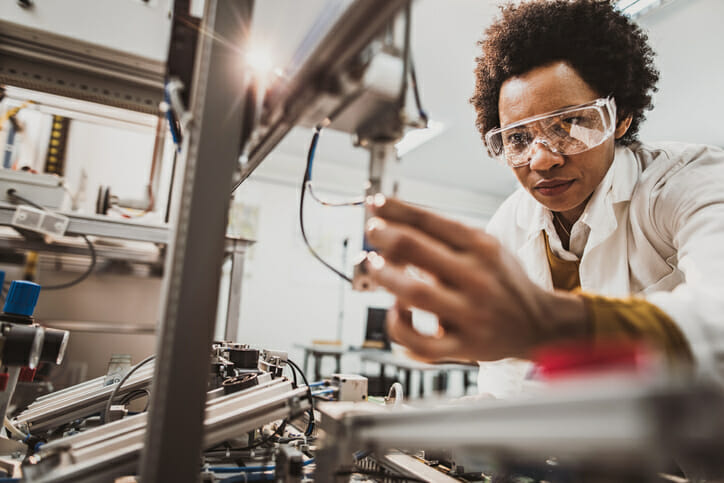 Over the next 10 years, the Bureau of Labor Statistics expects there to be 821,300 new openings for STEM jobs, according to recent estimates. This represents a roughly 9% increase in the number of STEM jobs in the U.S. However, not all STEM jobs are projected to grow at the same rate.

This is SmartAsset’s third annual study on the fastest-growing STEM jobs in the U.S. Check out the 2021 version here. 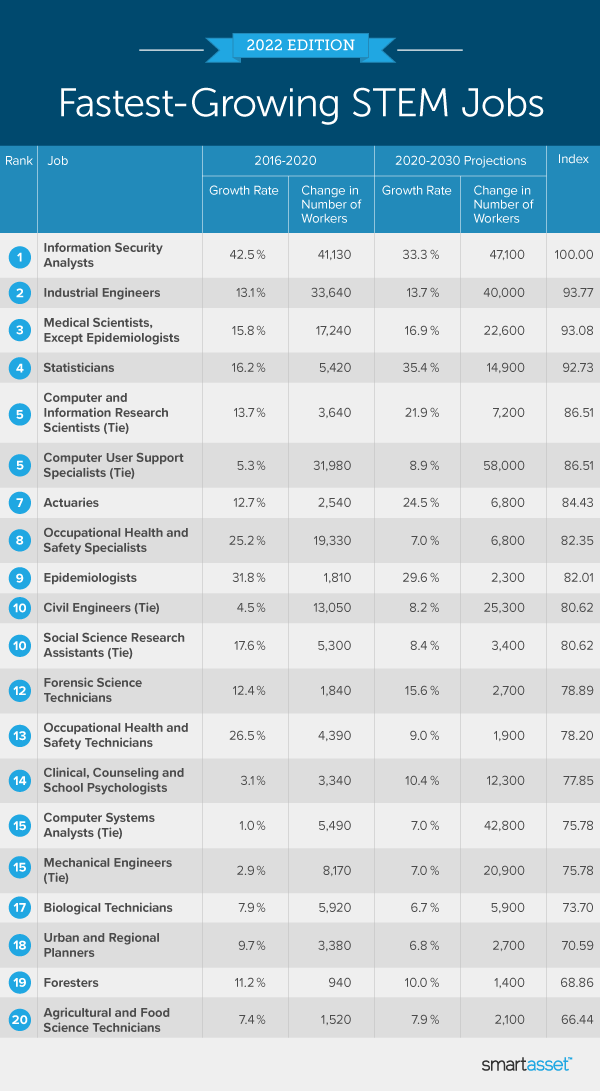 The four remaining computer and mathematical occupations include statisticians, computer & information research scientists, computer user support specialists and actuaries. Of those, the occupation of statisticians is expected to grow at the quickest rate over the coming decade. The BLS estimates that the number of statisticians will grow by 35.4% – the highest across all 74 STEM occupations in our study – from 2020 to 2030. However, in terms of gross number of job openings, computer user support specialists takes the lead, with the BLS expecting 58,000 more workers in 2030 than 2020.

Only two architecture and engineering occupations rank in our list of the top 10 fastest-growing STEM jobs. They are industrial and civil engineers, ranking second and 10th, respectively. The BLS expects employment of industrial engineers to grow as quickly over the next 10 years as it did over the previous four years, at a rate of roughly 13%. Meanwhile, at No. 10, the occupation of civil engineer ranks sixth overall for both its four-year growth in number of workers (13,050) and expected 10-year growth in number of workers (25,300).

The third top-ranking life, physical and social science occupation is occupational health & safety specialists. Workers in this occupation typically provide data and analysis on work environments and procedures to ensure worker safety. Across the four metrics we considered, this job ranks best for its growth over the previous four years. From 2016 to 2020, the number of occupational health & safety specialists grew by 19,330, or an increase of more than 25%.

The Bureau of Labor Statistics (BLS) defines science, technology, engineering and math (STEM) occupations as including computer and mathematical; architecture and engineering; and life and physical science occupations, as well as managerial and postsecondary teaching occupations related to those functional areas and sales occupations requiring scientific or technical knowledge at the postsecondary level. For the purposes of this report, we considered only occupations falling under the first three categories.

To find which STEM jobs are growing the fastest, we compared 74 BLS-defined occupations across the following four metrics:

Tips for Maximizing Your Paycheck