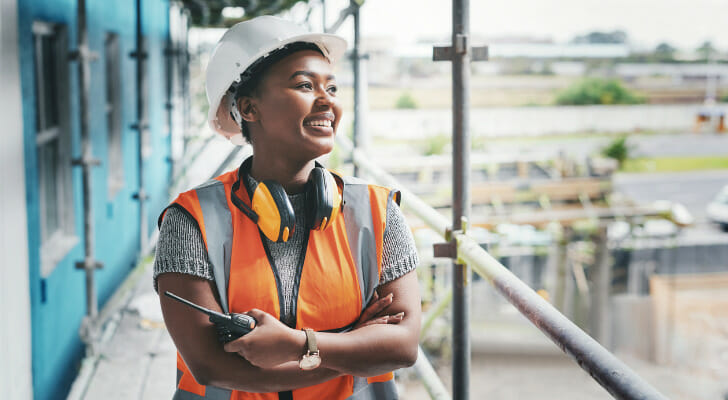 According to Bureau of Labor Statistics (BLS) data, in January of 2021 the labor force participation rate for women dropped to 57%. This was the lowest it had been since 1988, when it fell to less than 58% (compared to when it reached above 60% in the late 90s and into the aughts). It is believed that the childcare crisis, driven by pandemic-related daycare and school closures, has caused many women with children to leave their jobs. Some jobs, though, are seeing an increase. SmartAsset crunched the numbers to see which professions are gaining in their ranks of women workers.

To find these professions, we looked at BLS employment figures for 2016 and compared them to 2020. For more details on how we found and analyzed our data, read the Data and Methodology section below.

This is SmartAsset’s third annual study on the fastest-growing jobs for women in America. Check out the 2020 version here. 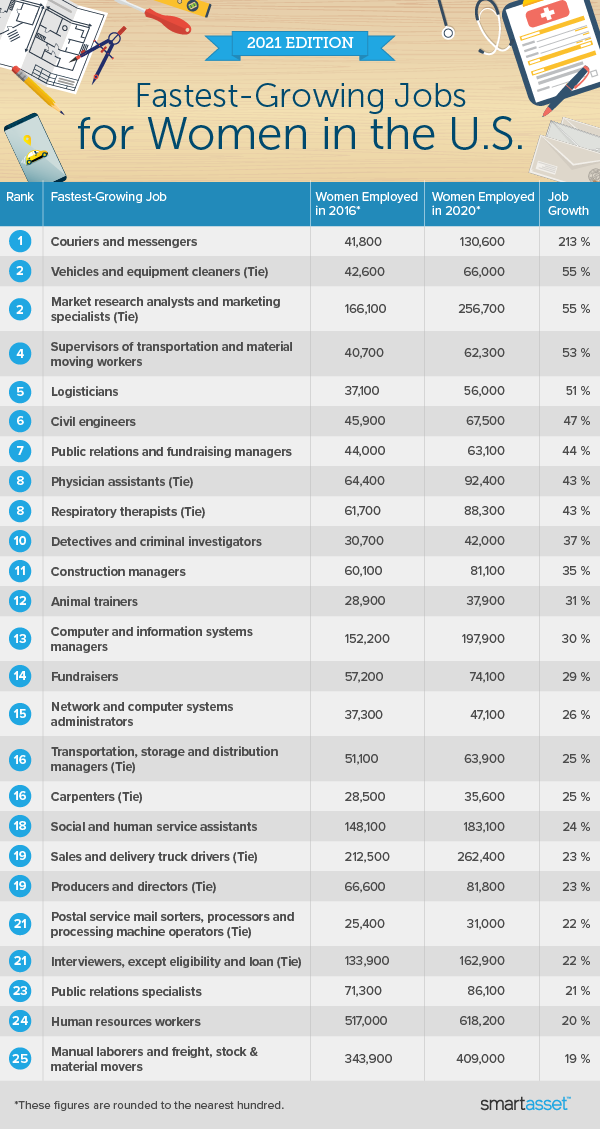 2. Cleaners of vehicles and equipment

To find the fastest-growing jobs for women, SmartAsset analyzed employment data from 2016 and 2020, the most recent year for which detailed occupational employment data is available. We filtered out any occupation that employed fewer than 25,000 women in 2016. We also filtered out any occupation with “other” or “miscellaneous” in the title due to lack of occupational specificity. We used the four-year percentage change in women employed in each occupation to rank all the jobs, from highest percentage increase to lowest.

All data comes from the Bureau of Labor Statistics (BLS).

Tips for Managing Your Money and Career