Cities With the Most Resilient Economies – 2022 Study 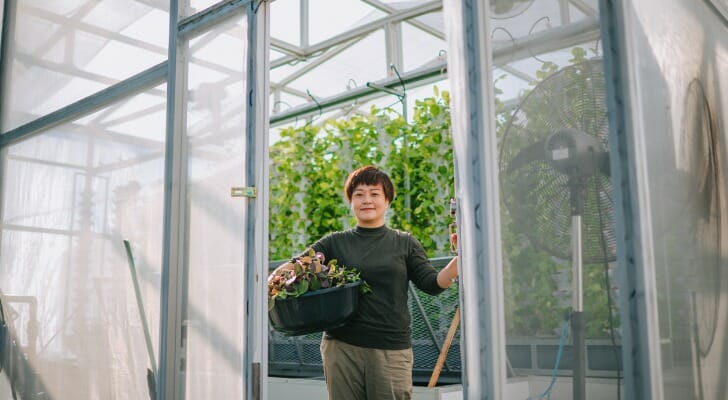 Despite nationwide lockdowns and sudden economic instability unleashed early in the COVID-19 pandemic, the U.S. economy showed resiliency, roaring back in the months that followed. But inflation and a bear market are now presenting new challenges that are reshaping the concept of economic resiliency.

John Boyd Jr., the principal of a New Jersey-based site selection firm, says the resiliency of a local economy can typically be measured by traditional indicators like the size of a labor market, the number of graduates entering the labor force each year and the major employment sectors of a place. But his consulting firm, The Boyd Company, is increasingly examining lifestyle factors like the availability of housing and cost of living.

“The most resilient economies are also ones that have synergy between elected officials, the business community and the schools/academic sector,” said Boyd, whose company helps find locations for corporate businesses.

With the recent economic turmoil as a backdrop, SmartAsset set out to find the cities with the most resilient economies. To do this, we looked at 14 different metrics across four overarching categories: employment, housing, social assistance & healthcare as well as economic stability. For details on our data sources and how we put all the information together to create our final rankings, read the Data and Methodology section below.

Located outside of Raleigh, Cary has the most resilient economy in the country, according to our metrics. Cary ranks second for two categories (housing along with social assistance & healthcare) as well as 10th for employment. Housing costs in Cary make up just 16.38% of the median household income, which is the lowest percentage across all 286 cities in our study. Cary also ties for the sixth-lowest 2020 pandemic unemployment rate at just 3.3%.

Frisco, Texas - which is part of the Dallas-Fort Worth metroplex - has the third-highest score for housing, fifth-best score for employment and 13th-best rating for social assistance & healthcare. The city of 188,000 people ranks first overall for 10-year housing unit growth (76.58%) and 10th-best for housing costs as a percentage of income (18.57%). Meanwhile, less than 1% of households (0.70%) rely on public assistance, which ranks third-lowest for that metric.

California's Santa Clara, the first of two cities in the top 10 located just outside San Jose, is tied for having the highest economic stability score in our study and ranks 12th-highest for our employment category. The surrounding Santa Clara County has the highest annualized GDP growth rate across our study (6.32%) as well as the lowest mortgage delinquency rate (0.2%).

Sunnyvale, Santa Clara’s neighbor to the west, has the nation’s fourth-most resilient economy, according to our metrics. The city of 152,000 residents is tied with Santa Clara for having the top overall economic stability score. Sunnyvale also ranks in the top 50 cities for our employment and housing categories. The 2020 pandemic unemployment rate was less than 4% and housing costs make up only about 21% of the median household income on average.

The first of two Colorado cities in our top 10, Fort Collins ranks fourth overall for social assistance & healthcare. Only about 1.6% of households rely on public assistance and roughly 94% of residents have health insurance coverage. Additionally, the city of 166,000 people saw unemployment rise by only 1.4% during the Great Recession. That’s the study’s 19th-smallest increase in unemployment recorded between 2007 and 2010.

Wisconsin’s capital city ranks third for social assistance & healthcare and 13th for employment. Madison also ties for the lowest 2020 pandemic unemployment rate across our study (2.8%). Meanwhile, the city also ranks 16th overall for its high percentage of residents who have health insurance (96.2%).

With a population of just under 64,000, Bellevue is the smallest city in the top 10. However, it ranks 18th-best for housing and social assistance & healthcare. Bellevue and the surrounding county have the fourth-highest annualized three-year GDP growth rate (5.27%) and the seventh-lowest mortgage delinquency rate (0.3%) across our study. Meanwhile, Bellevue’s 2020 pandemic unemployment rate was just 3.5%, which ranks 11th-lowest of all 286 cities we studied.

Highlands Ranch, Colorado recorded the sixth-best housing score and 11th-highest employment score, landing its spot in the top 10. This suburb of Denver had the fifth-best change in unemployment during the Great Recession when unemployment actually decreased by 0.3%. Highlands Ranch also ranks fifth for both its percentage of households relying on public assistance (0.8%) and its percentage of residents with health insurance (97.4%).

A suburb of Portland, the city of Hillsboro ranks in the top 50 for three categories: employment, housing, social assistance & healthcare. It ranks 51st overall for economic stability. More specifically, Hillsboro and the surrounding Washington County have a mortgage delinquency rate (0.3%) that’s tied for seventh-lowest across our study. The city saw a 21.58% increase in the number of housing units added between 2010 and 2020, which ranks 10th-most overall.

To find the cities with the most resilient economies in the U.S., we analyzed the 300 places including cities, towns and census-designated places. Of those, 286 had available data, which we then compared across four categories and a total of 14 individual metrics. Specifically, we looked at the following:

First, we ranked each city in each metric, giving an equal weighting to all 14 metrics. We then averaged the rankings across the four categories listed above. For each category, the city with the highest average ranking received a score of 100. The city with the lowest average ranking received a score of 0. We created our final ranking by calculating each city’s average score for all four categories.