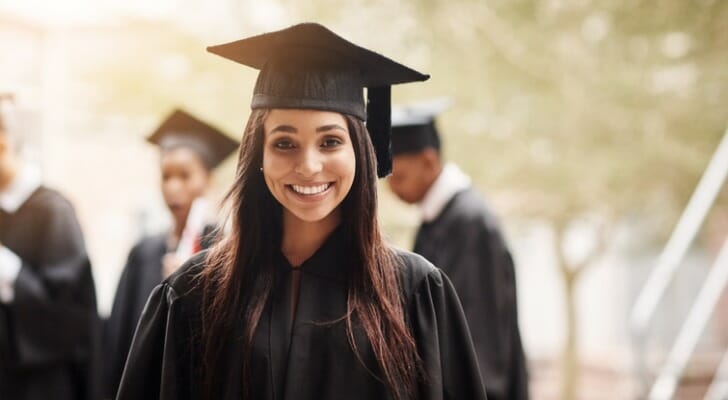 The time that follows college graduation can be an exciting period in the life of a recent graduate. This is when they enter the workforce, take on new responsibilities, and perhaps, move to a new city. A college diploma can also start to pay off almost immediately. In 2021, full-time workers between 22 and 27 years old with bachelor’s degrees earned a median annual wage of $52,000, while those with only high school diplomas made roughly $30,000, according to the Bureau of Labor Statistics.

Starting one’s post-grad life and potentially paying off college debt is easier in some cities than others, however. In this study, SmartAsset analyzed data to identify and rank the best cities for new college grads in 2022. Specifically, we considered a number of factors centered around jobs, affordability and fun. If you want to get more information on how we found and analyzed data across cities, read the Data and Methodology section below.

This is SmartAsset’s eighth study on the best cities for new college grads. You can find the 2021 version here.

Cincinnati ranks as the No. 1 city for new college graduates for the fourth year in a row. This city of 302,000 residents has the fourth-highest fun score and fifth-highest affordability rating. As for individual metrics, Cincinnati has the fourth-highest average Yelp bar score and the 10th-highest average Yelp restaurant score. Cincinnati is also home to the sixth-lowest median rent ($635) and the seventh-lowest cost of living ($22,721), which comprises typical living expenses like the cost of food, housing, transportation, medical care and other needs. Meanwhile, 19.69% of the population is between ages 20 and 29, which is the 15th-highest across our study.

As the home of Ohio State University, Columbus is the second-ranked city for new college graduates. The city, which has the second-highest overall fun score, ranks in the top 10 for average Yelp bar score (seventh) and average Yelp restaurant score (ninth). People in their 20s make up 19.63% of the population of Columbus, which is the 17th-highest percentage across our study. The city also has the seventh-lowest unemployment rate for bachelor’s degree holders (2%) and 24th-most Indeed job listings (3,831).

St. Louis has the sixth-highest fun rating across our study, thanks in large part to average bar and restaurant Yelp scores that were among the top 15. Meanwhile, the city is among the most affordable places we studied. The median monthly rent in St. Louis is $659 (ninth-lowest), while the cost of living is $23,462 (18th-lowest).

Milwaukee has the 17th-lowest median monthly rent ($727) and 20th-lowest cost of living ($23,475). Bars in Milwaukee also have the 13th-highest average score on Yelp, while dining and entertainment establishments make up 10.67% of all establishments, which ranks 30th out of 113 cities in our study.

Madison, which is home to the University of Wisconsin’s flagship campus, ranks third overall for fun and seventh for jobs. The city of 258,000 residents has the highest percentage of people between 20 and 29 years old (26.60%) and the lowest unemployment rate for people with bachelor’s degrees (1.4%) across our study. Madison’s overall unemployment rate is also the third-lowest at just 2.3%.

Lexington, Kentucky ranks 20th overall for affordability and 21st for fun. The city, which is home to the University of Kentucky, has the sixth-highest average Yelp restaurant score, as well as the 13th-lowest cost of living ($23,163). Meanwhile, 18.61% of the city’s roughly 322,000 residents are between 20 and 29 years old (the 22nd-highest).

Nashville, Tennessee has the fifth-highest fun score of all 113 cities in our study. Dining and entertainment establishments make up 13.52% of all establishments in the area, sixth-most across the study. Home to Vanderbilt University, Nashville also has the 16th-lowest unemployment rate for people with bachelor’s degrees (2.2%).

Pittsburgh ranks fourth for the percentage of people in their 20s, as 23.45% of the population is between 20 and 29 years old. The city, which is home to the University of Pittsburgh and Carnegie Mellon University, has the 19th-lowest cost of living ($23,463) and the 22nd-most Indeed job listings (4,110).

Median rent in Birmingham is just $631 per month, the fifth-lowest among the 113 cities in our study. The city is also tied for having the sixth-highest average Yelp restaurant score, while the average Yelp score for bars is 11th-best. Unemployment is also low in Birmingham, as only 2.5% of workers were out of a job as of March 2022, which is the 12th-lowest.

To find the best cities for new college graduates, we examined data for 113 of the largest U.S. cities across three categories that include 10 individual metrics:

First, we ranked each city in each metric, assigning equal weight to every metric except for average Yelp restaurant rating and average Yelp bar rating, which we half-weighted. We then averaged the rankings across the three categories listed above. For each category, the city with the highest average ranking received a score of 100. The city with the lowest average ranking received a score of 0. We created our final ranking by calculating each city’s average score for all three categories.

Tips for Starting to Save for Retirement