The Cost of a Long Term Car Loan 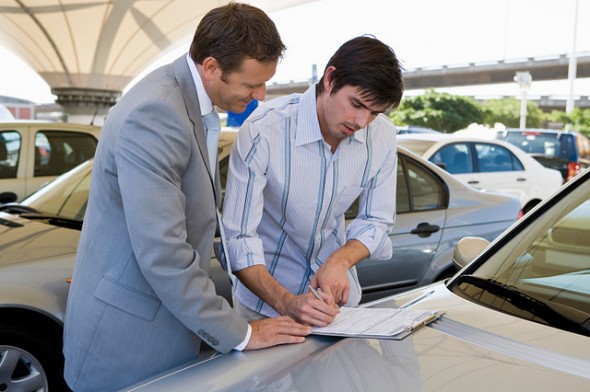 I’m reasonably confident that when Benjamin Franklin wrote that time is money back in 1748 he was not talking about the relationship between the term of a loan and the cost of money being borrowed. However, that doesn’t mean we can’t appropriate the sentiment when we discuss car loans. The credit report agency Experian reported in March that the average term for a new car loan jumped to a record of 65 months for the fourth quarter of 2012. They reported nearly a 20 percent increase in loans ranging from 73 to 84 months over the same quarter the year before.

The average payment for the same periods only decreased from $468 to $460. This indicates that consumers are buying more expensive vehicles and spreading the payments over longer terms. Average credit scores also dropped from 755 to 665 from 2011 to 2012. This appears to be more than a bubble but a trend with Experian reporting an 11 percent hike in car loans of 73 to 84 months from 2011 to 2012.

Luxury car maker Lexus, while not offering to extend payback periods, is providing the option of a final balloon payment. This is a means of competing with the lower payment longer term products offered by others. Their LFS Preferred Option has terms that range from 24 to 48 months with lower monthly payments ending in a final balloon payment at the end of the term.

For many consumers the idea of longer term car loans seems to make sense. After all, mortgages are typically 30 years which serves to keep the payments down. Why not cars too? There are lots of complicated ways to answer this but the simplest is a house will go up in value over the course of a mortgage (real estate bubbles notwithstanding) but the value of a car will go down in value ultimately becoming virtually worthless.

The cost of a car or truck is more, much more than the negotiated price you agree to pay. The cost of ownership includes things like operating costs (repairs, regular maintenance, gas), interest on financing and depreciation among other things. If you want to spend some quality time with a spreadsheet the EPA offers a downloadable one that you can use to determine the total cost of ownership of things.

As a significant portion of the cost ownership of most vehicles is the money expense, the interest. How significant you ask? Let’s say you’re interested, as I am, in the Audi A5 Convertible with has an MSRP of $45,450. After adding in all your must have options and negotiating a price, you plunk down a down payment and borrow an even $40,000. With good credit you can expect to pay about 4% for a new car loan. Here’s what the total cost of interest will look like for different loan terms.

There is more to the story than the table above tells. Lenders are going to generally charge a higher interest rate for a longer term loan as a hedge against raising interest rates which means that in the most conservative scenario where you pay the same interest rate for 97 months as you do for 36 month you are paying almost 3 times as much in interest. Raise the interest rate on the 97 month loan and the difference skyrockets to 3.5 times as much.