The Most Affordable Beach Towns in 2019 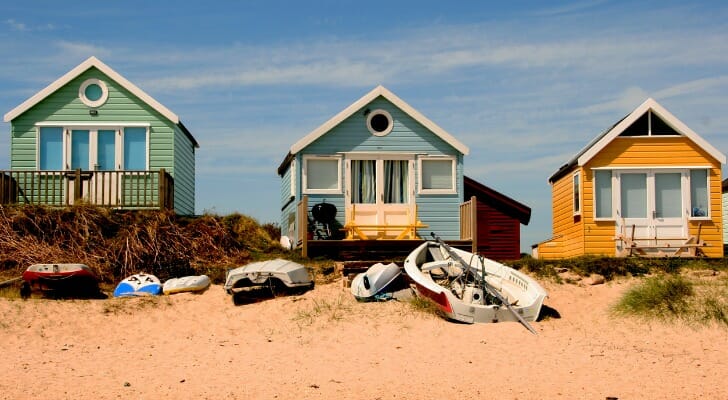 Beachfront property in warm locales is not exactly in large supply, so it can be difficult to find an affordable home where you and your family can winter. For the past few years, though, SmartAsset has endeavored to uncover beach towns where the average American can afford to become a homeowner without depleting his or her savings account.

To rank the most affordable beach towns in America, we examined four factors. Specifically, we looked at the median home value, the average number of rooms per house, median property taxes and median housing costs. Check out our data and methodology below to see where we got our data and how we put it together to create our rankings.

This is SmartAsset’s fourth annual study of the most affordable beach towns in America. Check out the 2018 version here. 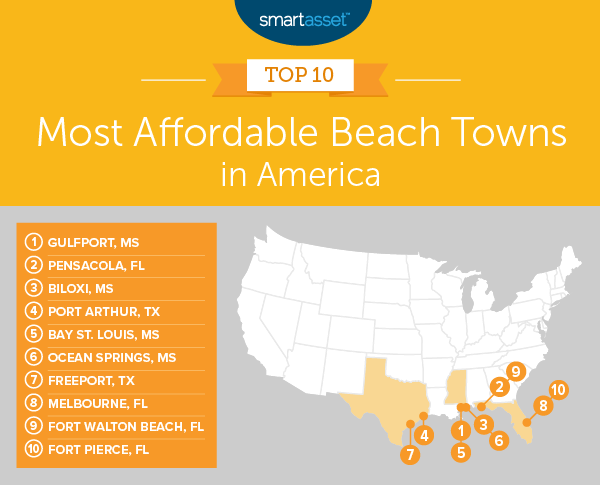 Gulfport ranks as the most affordable beach town nationwide. With home values slightly more than $118,000, it shouldn’t be too difficult to find an affordable home here. The latest Census Bureau estimates suggest the monthly housing cost here is $827. Relative to those in other cities we analyzed, Gulfport homes can be slightly small. The average home here has 6.1 rooms, the 89th most in the study.

Back in Mississippi for number five, Bay St. Louis is just a bit less affordable than Port Arthur. Median housing costs here run just shy of $800 per month, or $9,300 per year. Property taxes here are also not too significant given the median property value in Bay St. Louis. The average property taxpayer pays $1,088 per year for an effective property tax rate of 1.64%.

Mississippi’s dominance at the top of this list continues at number six. The average home in Ocean Springs is worth just $158,000. That means to afford a 20% down payment on a property in Ocean Springs, you would need just $31,600 saved up. The typical home here is also fairly large, equipped with 6.4 rooms, the most in our top 10.

Melbourne, Florida comes in eighth. Homeownership should be within grasp for many Americans looking in Melbourne. The average home is worth just under $140,000 per year. Compared to the nation as a whole, Melbourne is not equipped with the largest houses. The typical home here has 5.8 rooms, 129th most according to our analysis of beach towns.

Fort Walton Beach ranked at least 31st in three out of our four metrics. The city’s highest-ranking metrics came in median home value and median annual property taxes. It takes 22nd and 25th in these factors, respectively.

Fort Pierce is located along Florida’s eastern coast and comes with a median home value of just $91,400. That ranks third lowest in that metric. The city also ranks in the top 10 for median annual property taxes and median housing costs. A low number of rooms in the average home keeps this beach town from ranking higher on our list. 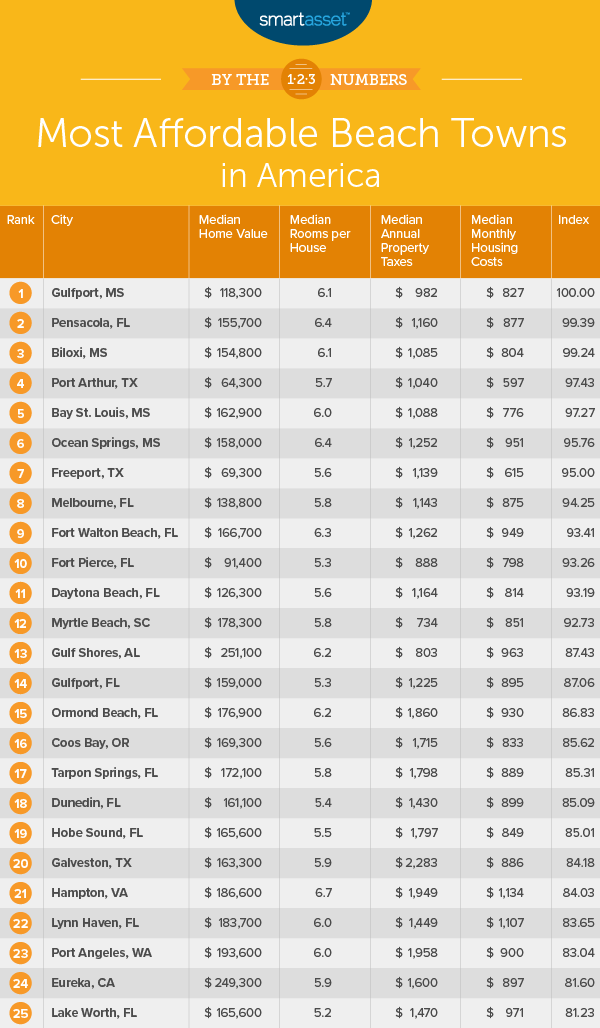 In order to find the most affordable beach towns in the country, SmartAsset looked at data for 229 cities located directly on an ocean (including bays and sounds). Specifically, we looked at the following four factors:

Tips for Investing in a Home