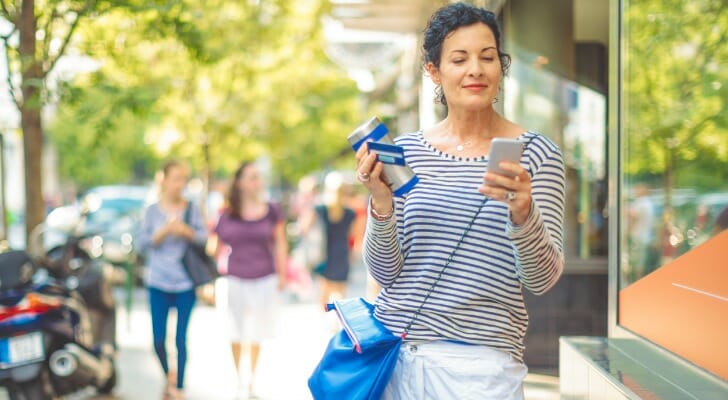 The pay gap remains a very real struggle for women around the U.S. The latest number from the American Association of University Women estimates that, on average, women earn around 80% of what their male counterparts earn in the workforce. This, in turn, significantly hurts their ability to save enough to meet their financial goals. There are some cities, though, where that gender pay gap is less than in others – and some where it may have started wide but is rapidly narrowing. 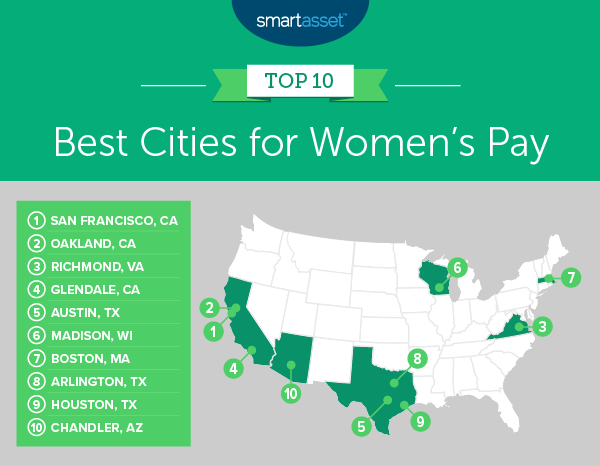 It’s back to the Pacific Coast next with our No. 4 city, Glendale, California, one of six California cities in our top 25. Women’s earnings in Glendale increased nearly 11% between 2015 and 2017, and median earnings for women there in 2017 were $52,684, the 12th-highest rate for this metric in our study. Women’s earnings as a percentage of men increased by 8.8% from 2015 to 2017 to arrive at 92.8%. That is the seventh-highest percentage change in the study. 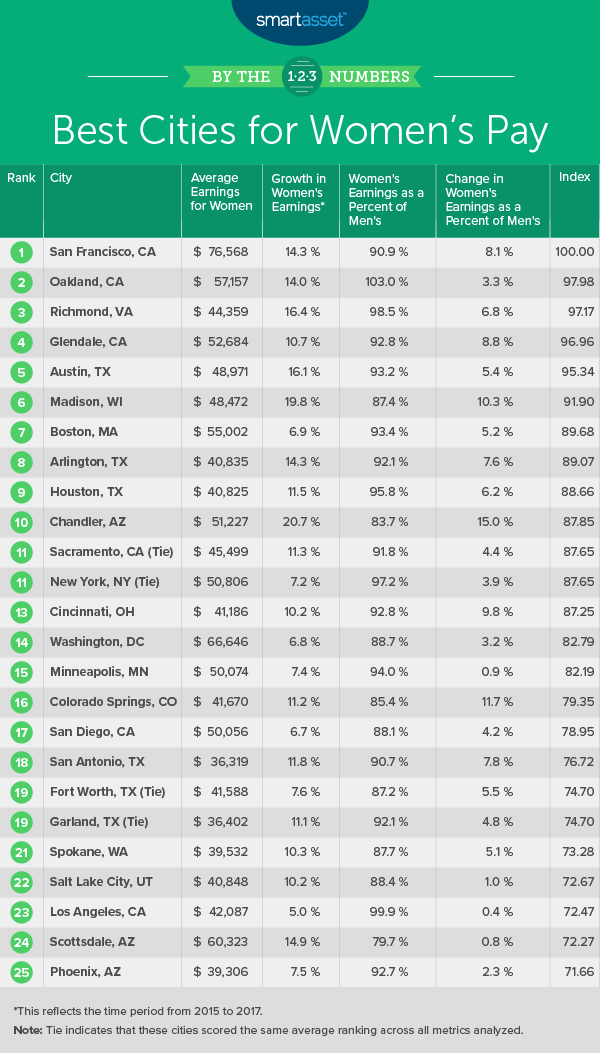 To find the best cities for women’s pay, we analyzed data from the 150 largest cities across the following four metrics:

All data comes from the Census Bureau’s 1-year American Community Surveys for 2015 and 2017.

Getting More From Your Money