How to Retire in Singapore: Costs, Visas and More 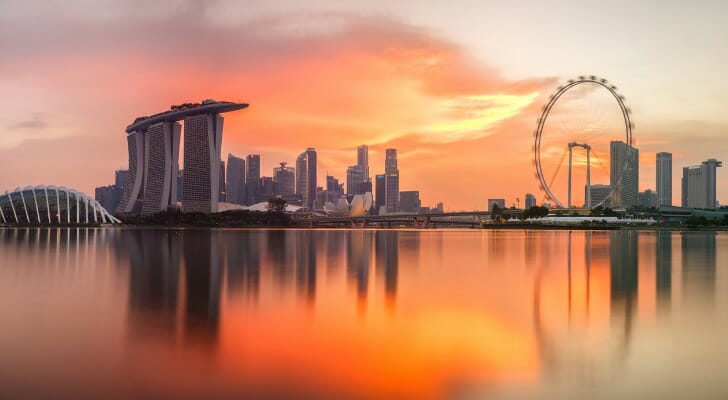 Singapore is a tiny country made up of 64 islands clustered around the end of the Malay Peninsula. Most of its population of nearly 6 million lives in Singapore City. Many locals speak English, and it is home to many human-made wonders, including a massive artificial waterfall, iconic skyscrapers and what is generally regarded as the world’s best international airport. If you are considering the Lion City, as Singapore is sometimes called, as your retirement destination then it is wise to partner with a financial planner to help make your dream of retiring in Singapore a reality.

Cost of Living and Housing in Singapore

Singapore does not offer a specific retirement visa, but they have several options for retirees to obtain a residence permit.

First, if you worked in Singapore before the age of 50, you might have an option to continue your visa into retirement. If you want to move to Singapore after age 50, you can use Singapore Entrepreneur Pass or the EntrePass, which requires that you start a company with paid-up capital of at least $37,000.

After two years of acquiring the EntrePass and permanent residency, you can apply for citizenship. However, you’ll need to show significant “financial merit” and relation to a Singaporean citizen for government approval.

All other routes to a permanent resident visa in Singapore require being married to a Singaporean citizen, having a work pass or making a major investment in a Singaporean entity. 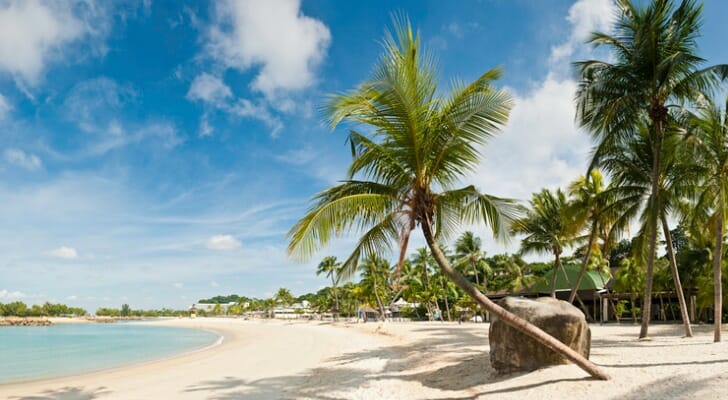 Singapore has some of the best healthcare in Asia. According to Knoem’s healthcare efficiency index, Singapore’s healthcare system is rated second in the world. This index takes both life expectancy and health expenditure into account. Singapore does not provide free healthcare to expats, so retirees must have private healthcare insurance. Insurance for expats can cost up to $300 per month.

Even with insurance, people may be required to pay for expenses out of pocket, including elective procedures and deductibles. Even without full coverage insurance, a trip to the doctor can cost as little as $25.

U.S. Citizens are generally required to file a tax return each year. To avoid paying taxes twice, especially on pension income, it is wise to work with a financial planner and a tax professional that understands the Singapore tax system’s intricacies. Income is taxed at a maximum of 22% in Singapore, so you may want to change your tax status to Singapore if you earn over a certain amount.

According to the U.S. Department of State, personal crime in Singapore is very low. The department also notes that Singapore topped the list as the world’s safest city in the categories of personal and infrastructure security, according to the Economist Intelligence Unit 2019 Safe Cities Index.

However, like other major cities, expats need to watch out for pickpocketing, theft of unattended property and purse snatching. 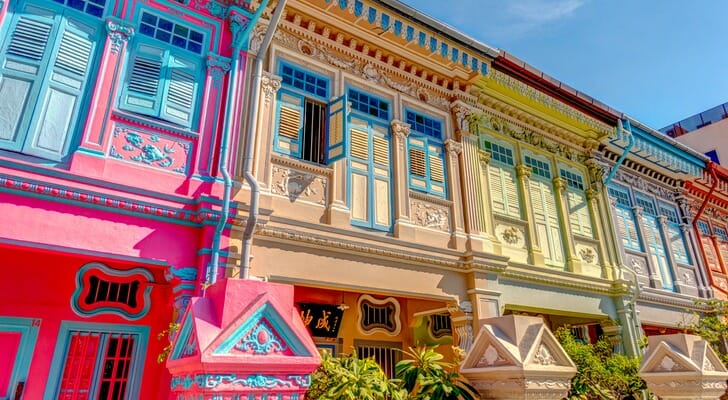 Singapore is a beautiful country and attracts thousands of expats every year. It is safe for Americans and has similar standards and costs of living. Language won’t be a problem: English is one of four official languages, the others being Mandarin, Malay and Tamil. While it would be difficult for most U.S. citizens to live in Singapore on Social Security retirement benefits alone, someone with a pension or other retirement fund could possibly live comfortably in Singapore in retirement.