How to Retire in Belize: Costs, Visas and More 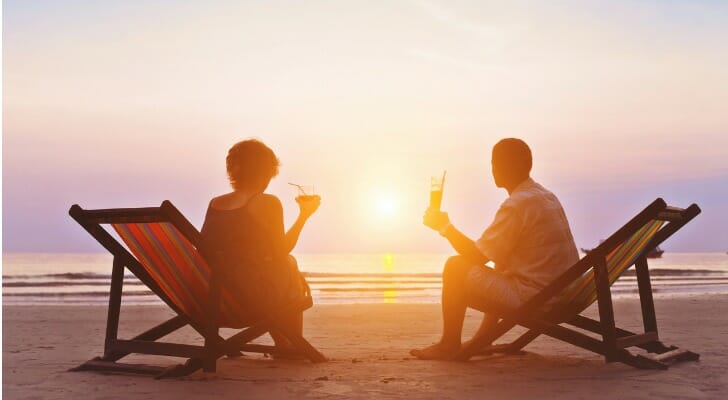 While many Americans are exploring domestic retirement locations, others are also considering retiring abroad. Why? This is mainly because other countries, like Belize, often offer lower-cost living options and attractive weather conditions. And in some countries, a couple can live comfortably off a Social Security check alone. But does that mean you should retire abroad? Below, we take a closer look at how much it costs to retire in Belize. And if you want some hands-on guidance as you think about retiring abroad, consider enlisting the help of a trusted financial advisor.

How Much Does it Cost to Retire in Belize?

The cost of living in Belize is roughly 31% lower than that in the U.S., according to Numbeo, a site that collects global cost-of-living data. In addition, around $0.50 is worth one Belize dollar (BZD). But how much can you live on each month? That amount depends on where you live and how you budget your money. For instance, your decisions when it comes to housing, food and transportation costs may greatly increase or decrease your monthly expenses. And though Belize’s cost of living is comparably lower than that of the U.S., its costs vary per area. However, you may very well be able to survive with a monthly budget between $1,200 and $1,500. But housing and food will play a significant role in your monthly bill. Below, we take a closer look at those options.

Location plays a huge role in how much you’ll spend on housing and food. But wherever you decide to settle, you’ll likely be saving a significant amount on living expenses. The average cost of rent in Belize is around 75% lower than U.S. rent, according to Numbeo. The database also lists rent and food estimates for different cities in the country. For instance, if you were to retire in Belize City, you’d pay around $300 per month for a one-bedroom apartment in the city. A three-bedroom apartment in the city would cost around $600 per month. 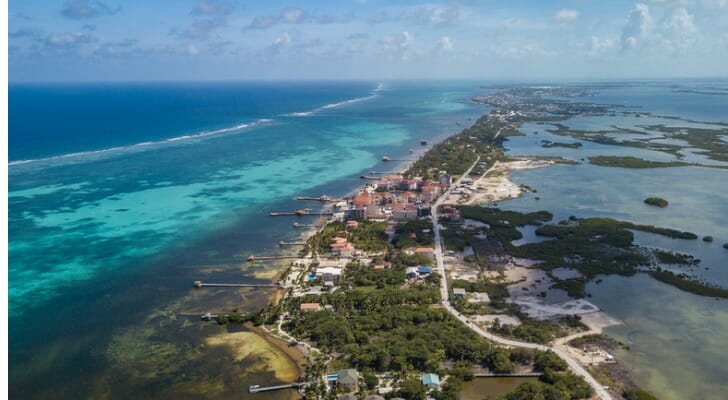 Belize offers two primary residency options for retirees. Expatriates can either choose to obtain permanent residency status or to apply for Belize’s Qualified Retirement Persons (QRP) program. But it’s important to note the differences between the two options.

To apply for permanent residence, you’ll have to live in Belize for at least 50 consecutive weeks out of a full year. During this period you won’t be able to leave the country for more than 14 consecutive days, or your application may become void. But in order to stay for that time, you’ll need to to get a visitor’s visa, or tourist card, and renew it every month until you’ve gotten your permanent residency application approved. Belize allows visitors to stay without visas for up to 30 days, so you’ll be able to renew your card with a small fee. Though not the only residency option for potential retirees, this route does offer some notable perks. One is that permanent residence status allows you to work in Belize without a work permit. You’ll also be able to travel freely in and out of the country without any restrictions. If your application is approved, you can apply for full citizenship after five years.

The QRP option, on the other hand, offers a more flexible residency route for its accepted members. Individuals over the age of 45 are eligible to apply, and the program also benefits your spouse and children. Members can travel in and out of Belize as they please, and they only need to spend one month per year to maintain their QRP status. You’ll also have to prove that you can deposit $24,000 per year into a Belizean bank account. You can prove your income through a pension, retirement savings or Social Security-related fund. But if you choose this plan, you won’t be able to work in Belize.

Belize offers both public and private health care options. And both options will cost you less than the average cost of health insurance in the U.S. If you move there you’ll have a range of public doctor’s clinics to choose from, but your access to private clinics will be limited. However, the Belizean government also grants free public medical care to residents, as long as the care is provided by state-run facilities. Typically, the public clinics only treat minor injuries or illnesses, while the private clinics are for more serious conditions. But expatriates also have the option of returning to the U.S. for emergency-related medical care. You can do so by setting up evacuation coverage through an international health insurance policy. In some instances, individuals also travel to different cities of other countries for better healthcare.

Places to Live for Retirees

You’ll have a variety of coastal and inland cities to choose from when planning your retirement. One of the most popular coastal towns is Ambergris Cay. The island sits off the coast of the country and houses more than 15,000 residents. It has a higher cost of living, but it offers ideal conditions for those looking for coastal environments. If you’re looking for inland cities, San Ignacio may also be worth considering. The town offers competitive living expenses, and it sits in Western Belize near the Macal River. In addition, San Ignacio is also widely known for its long list of historic sites.

Should You Retire in Belize? 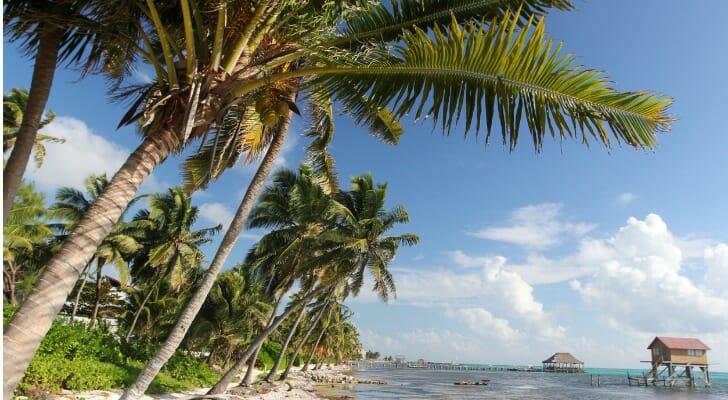 Overall, Belize offers low-cost living expenses, as well as flexible visa options for potential foreign retirees. In addition, the country’s national language is English, so that may ease the moving process for English-speaking Americans. However, it’s important to note that many native Belizeans still speak Spanish, so you’ll probably be exposed to a mixture of both languages. When it comes to housing and food, expenses are notably lower than the prices of such expenses in the U.S.. And though private health care options may be limited, you may still have the option of traveling to the U.S. for emergency-related conditions.

But it’s also important to pay attention to other factors such as crime, government and environment before making the decision to retire abroad. While Belize offers competitive expatriate accommodation policies and low living expenses, the country isn’t immune to things like crime and corruption. So before you make Belize your home, you should assess the country for a holistic perspective.

Tips for Budgeting Your Retirement

Rickie Houston CEPF® Rickie Houston writes on a variety of personal finance topics for SmartAsset. His expertise includes retirement and banking. Rickie is a Certified Educator in Personal Finance (CEPF®). He graduated from Boston University where he received a bachelor’s degree in journalism. He’s contributed to work published in the Boston Globe and has worked alongside award-winning faculty for the New England Center of Investigative Reporting at Boston University. Rickie also enjoys playing the guitar, traveling abroad and discovering new music. He is originally from Wilmington, North Carolina.