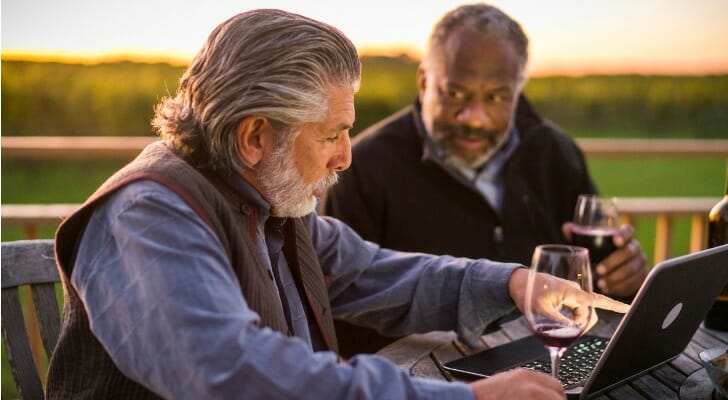 A retirement in the Empire State doesn’t have to mean shelling out all your retirement savings for a tiny apartment. You’ll find all the best places to retire in New York in Long Island, north of the city or way upstate. And while you do have to watch out for New York taxes, the upside is you’ll generally have great access to medical care.

Determining the best places to retire takes a number of important factors into consideration. For starters, we checked the tax burden of each city and town. You’ll find some high tax rates in these cities, with New York being only moderately tax-friendly for retirees. Since access to medical care is even more crucial in your later years, we also found the number of medical centers per 1,000 residents.

To measure for a fun and relaxing retirement, we found the number of recreation centers and retirement communities, each per 1,000 residents. Then, to ensure you get to spend your retirement with your peers, we also found what percentage of each town’s population is made up of seniors.

About 18% of the population is made up of seniors here, so you’ll have plenty of company. Great Neck offers some peace of mind, too, with the best access to medical care in this list. You’ll find over 28 medical centers per 1,000 residents in the city and 3.76 recreation center per 1,000 residents.

There are some downsides. There are only 0.20 retirement communities per 1,000 residents. And it’s important to note that Great Neck has a relatively high tax burden at 18.5%.

A little south of Great Neck, New Hyde Park sits just outside the city limits of New York. Residents are just short commuter train ride away from the Big Apple and all it has to offer.

Not as many seniors call New Hyde Park home: Only 14.4% of the general population are over 65, and the city offers 0.10 retirement communities per 1,000 residents. And don’t come here expecting a tax-friendly retirement, as it has the same tax burden as Great Neck.

Known as the “Crown Jewel of the Erie Canal,” Fairport is a great place to retire. Certainly other retirees seem to think so, with seniors making up 21.6% of this small Rochester suburb. The town provides seniors with the highest concentration of retirement communities in this list with 0.75 locations per 1,000 residents. Should you retire here, you’ll have access to about 3.54 recreation centers per 1,000 residents.

Fairport doesn’t put up huge medical center numbers, with 8.39 centers available per 1,000 residents. However, you also have the expansive University of Rochester Medical Center within a 15 minute drive. 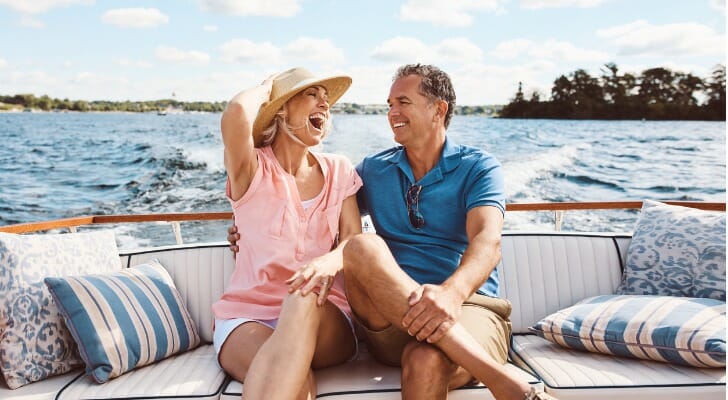 While this Long Island hamlet has no retirement communities, its senior population – which makes up 18.5% of the town’s residents – still have plenty to do. There are 2.55 recreation centers per 1,000 residents, and the town has two country clubs and a golf club just outside its borders.

Just like its other Long Island companions on this list, Manhasset also offers some great access to medical care, with 13.46 medical centers per 1,000 residents. Just know that Manhasset’s tax burden is also at a high 18.5%.

With a town motto like “Where Life Is Worth Living,” Webster proves to be a worthwhile place to spend your golden years. The town offers the second-highest concentration of recreation centers in this list with 3.80 centers per 1,000 residents. Outdoorsy residents can enjoy North Ponds Park, Milton R. Case Park and many accessible trails.

Ballston Spa doesn’t just have a relaxing-sounding name. Here, you can visit the Kayaderosseras Creek that runs through it, the Old Iron Springs and the Ballston Spa Country Club located right outside the village border. You’ll also have 3.61 recreation centers per 1,000 residents at your disposal.

There are only 4.19 medical centers per 1,000 residents in the village, the smallest number in this list. Still, the town is a little over a half-hour drive from the state capital of Albany, which has plenty of hospitals and medical centers. Ballston Spa also has the lowest tax burden rate compared to the other places listed here, though at 17% it’s still a little higher than you’ll find in more tax-friendly states.

Hartsdale, a hamlet just over an hour north of New York City. boasts the second-largest percentage of seniors here, at 23.9%. It also has relatively low tax burden by New York standards, at 17.4%.

Goshen offers its retirees great access to medical attention, with 10.01 medical centers per 1,000 residents. Just under 18% of its population are seniors. Local attractions include Good Time Park and the Harness Racing Museum, and there are a number of state parks within driving distance.

Interestingly, despite 19% of the population being seniors, Huntington has the second lowest concentration of retirement communities in this list, with just 0.06 locations per 1,000 residents.

To close out our list is Warwick, a town with various festivals including an annual Applefest, Summer Arts Festival and the Hudson Valley Jazz Festival. Nature-loving retirees can also take advantage of the town’s bit of Sterling Forest State Park, as well as the Wallkill River National Wildlife Refuge. You can also hop over the state border to Jersey to access Wawayanda State Park and Abram S. Hewitt State Forest.

Should you retire in Warwick, you certainly won’t be alone, as Warwick has the highest percentage of seniors at 26.5% of the population.