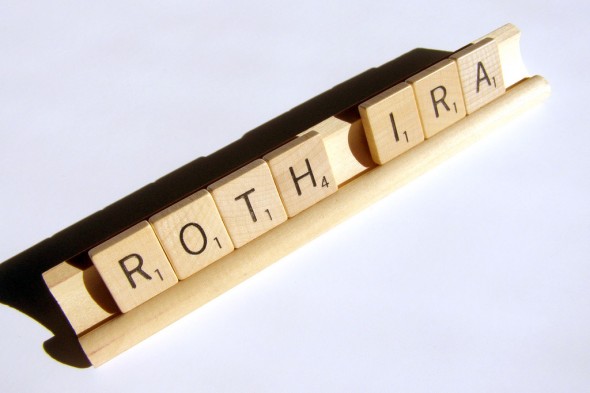 This is a guest post from Bo Lu, CEO of FutureAdvisor, a fee-only registered investment advisor

Many people get started with a 401(k) at their first job, but IRA’s are probably the next most popular type of retirement account. IRA’s are great because they provide a lot of flexibility that other types of retirement accounts do not.  And although they may seem straightforward on the surface, there are some things you’ll need to watch out for.  Here are three of the most common IRA mistakes that you should try to avoid:

In addition to contribution limits, there are also income limits that are set forth by the IRS every year.  If you make too much money you may not be able to contribute without using the backdoor method.  You can always rollover your 401(k) to an IRA regardless of income though but you’ll have to pay taxes on the conversion.

Investing in an IRA will be very similar to investing in your 401(k) but you have to be careful with the decisions you make and the funds you select.  All of your accounts should be treated as one large basket that includes your 401(k), IRA’s and after-tax accounts.  If you have a combination of pre-tax(401k/t-IRA), post-tax(Roth) and taxable investment(regular brokerage) accounts then you’ll need to tax efficiently place your funds.

Things like stock funds and total market funds are very tax-efficient so they can be placed anywhere, but things like REIT’s and bond funds should be placed in more tax efficient accounts like 401(k)’s and traditional IRA’s. You’ll also want to take into consideration the fees on the IRA’s you select.

If that sounds like a lot of research, you might want to try out FutureAdvisor, a fee-only registered investment advisor for clients with $3k or more in assets that does tax efficient asset placement for you automatically. FutureAdvisor handles a household’s entire portfolio, including IRA, brokerage accounts, 401k, old 401k, and other account types. Starting from where your portfolio is now, they get it to an academically backed 11-class asset class allocation using low fee funds, while making sure all the funds are placed tax efficiently.

This is where IRA’s start getting tricky.  When you decide to leave a company, you may also want to take your 401(k) with you.  But since a 401(k) must be managed by your employer (or your former employer) you’ll need to roll it over into an IRA.  A lot of mistakes are made here because rollover rules differ depending on what type of IRA you rollover into.

If you decide to rollover to a Roth IRA you are essentially converting your pre-tax portfolio into a post-tax one.  Since the money in your 401(k) was never taxed, when you make the rollover you’ll have to pay taxes on that money.  And you can’t use the money from the 401(k) to pay for the taxes incurred by the rollover.

Your other option would be to roll the old 401(k) over into a traditional or rollover IRA that would keep the same pre-tax status as your 401(k).  You wouldn’t pay any taxes on the conversion though and you could actually make some money on the deal since most of the top firms pay big bonus bucks for rolling over large IRA’s with them. Investment advisors, including FutureAdvisor, can help you figure out your best option, and avoid common pitfalls.

The only thing to watch out for with a traditional IRA rollover is that it will often disqualify you from doing a backdoor Roth IRA in the future.  Since deductible and non-deductible contributions are treated the same during a backdoor Roth conversion, you would have to pay taxes on both types of contributions if your income disqualifies you from a regular Roth in the future.

FutureAdvisor FutureAdvisor is an award-winning investment advisory firm that manages your existing IRA, Roth, taxable, and other investment accounts. The experts there focus on taxes, retirement and investing.
Related Posts
Read next article