How to Deal with an Awkward Co-worker 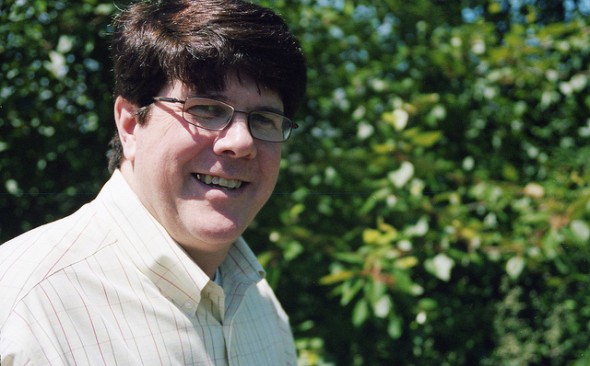 Workplace awkwardness is such a familiar phenomenon that a hugely popular television series, “The Office”, is based nearly entirely on corporate clumsiness in its many modes.  The US version of the extremely popular comedy series recently came to a very awkward end, capping a hugely successful eight seasons on NBC.  Why was it so popular?  I would venture to guess that more than its classic characterizations from Rainn Wilson and Steve Carrell, what made “The Office” so popular was its familiar and often hilarious portrayal of awkward co-workers.

Find out now: Do I need life insurance?

Our society is consumed by an epidemic of irony.  A hugely popular New York Times Op-Ed piece examined irony’s prevalence in our culture and how we can make strides to becoming less ironic and more sincere.  Sarcasm and irony are powerful defense mechanisms that help deflect awkwardness; however, these deflective strategies also make it even more difficult for those people who do not utilize ironic humor to communicate.  If you have trouble dealing with awkward co-workers, there are a few steps you can take to lessen the social strain both for you and your colleagues.

Have an open mind

For those of us who are more extroverted, it is difficult to imagine what the world must look like when viewed through socially awkward glasses.  However, many people deal with anxiety issues and shyness that make daily workplace life a constant battle against internal stressors.  In researching this article, I found a personal account that opened my eyes to how it must feel to be a shy person facing the countless daily social interactions required in workplace culture.

When dealing with coworkers you perceive as “awkward,” try to see things from their perspectives.  What can you do to make things easier for them without making things uncomfortable for yourself?  Perhaps a shy or quiet coworker might come out of his shell more easily in a one-on-one setting.  Ask him out to lunch or coffee and see if communication is not easier outside the water cooler setting.  Or, if your awkward colleague tends to overshare, consider that her constant rambling may be a defense mechanism to help hide her innate insecurity.  See if you can create a two-way conversation by gently interjecting and standing your ground if she interrupts, or let her know that you do not have time to chat because of a backlog of tasks on your day’s agenda.  Whatever technique you choose to combat the awkwardness, try to keep an open mind about your colleague’s social challenges, and do your best to be kind while still remaining assertive.

Do you dread interacting with a less-than-chatty coworker?  Try coming prepared with some conversation starters so the communication does not fizzle before it even sparks.  Forbes recommends a few interesting conversation starters for getting things going in awkward office interactions.  By being proactive, you may help your awkward colleagues come out of their shells.

Sometimes we forget to consider our own role in social difficulties.  Have you considered that your own behavior may bring out what you perceive as awkwardness in a co-worker?  Maybe you have no problem holding a conversation, but have you considered that you might be “holding up” the conversation?  People who are not as outgoing may have a hard time contributing to the chatter if it is being run by an alpha dog who never leaves room for air.  Could this be you?

Our daily work lives are stressful enough on their own.  The added strain of workplace awkwardness can really drain your energy and productivity.  When dealing with workplace awkwardness, make sure you keep an open mind, try to be proactive, and look within to see if you might contribute to the awkward situation.  Whatever you do, make sure you do not allow an uncomfortable situation to escalate to the degree that it gets between you and your work, or you will have a much more serious situation on your hands.  If you remember to keep things in perspective, you will avoid letting workplace awkwardness negatively affect your career.